Tag Heuer’s significant sports Chronograph,Carrera completed fifty years and the event was marked by launch of the latest Carrera Calibre at the Goodwood Festival of Speed. Amidst hoots for the iconic cars showcased at the festival were cheerful cries over the 1887 Jack Heuer Edition Carrera’s official release. The spectacular 45mm chronograph celebrates Jack Heuer, grandson of company- founder and CEO during its golden days of 1960s and 70s. The chronograph pays tribute to the two- part construction Heuer stop- watches that honorary chairman, Jack Heuer once used on pro racing circuits. 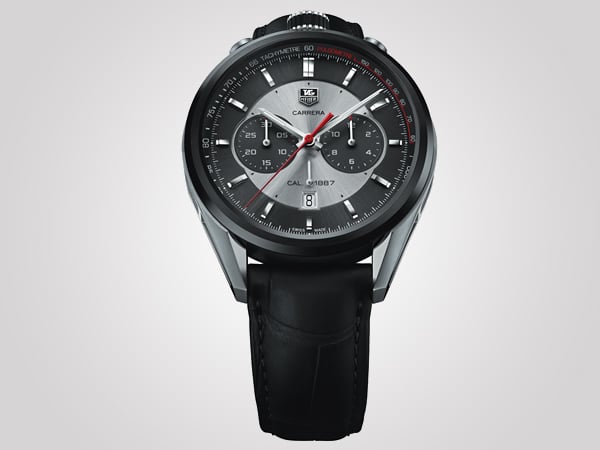 So, while the pushers sit at the top, as in a timeworn stopwatch, cutting-edge tachymeter and pulsometer enhance the dial’s modern-day engineering appeal. The timepiece turns around to reveal the marvelous motions of the 39-jewel Calibre 1887 automatic chronograph that comes replete with an integrated column wheel. Its impeccable case and lugs, slightly rising at an angle at the top, is a take on the winning Mikrogirder 10’000, which was awarded the prestigious “Aiguille d’Or ” at Grand Prix d’Horlogerie de Genève. 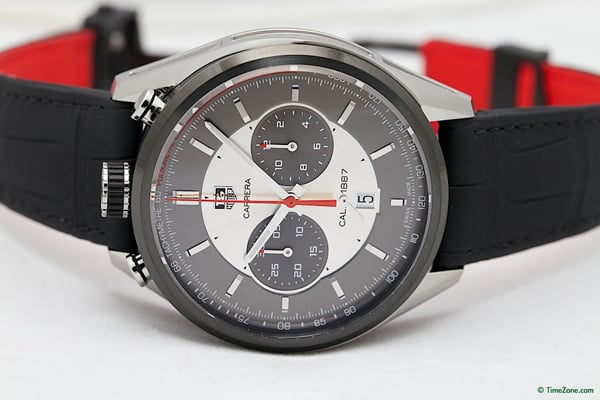 In this history-meets-aeronautics timepiece, black titanium carbide steel bezel comes hand-brushed and polished to a high sheen while the cage remains titanium and sandblasted steel. Jack Heuer’s coat of arms and signature adorn the smooth surface of the smoked sapphire case-back- “This coat of arms symbolizes for me the entrepreneurial spirit that has been the driving force now for over 150 years of our company” elucidates he. 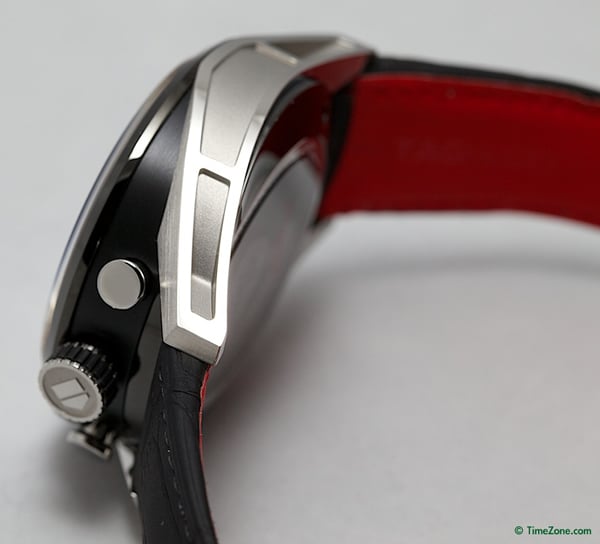 [Via – Tag-Heuer and Timezone]