The 007 watch just got better! Okay, we don’t intend to confuse you and neither is it really a James Bond watch, but it’s the perfect watch Daniel Craig would want to have on his wrist. It’s the Jaeger-LeCoultre AMVOX2 Transponder watch, and the luxury Swiss watchmaker has introduced a brand new version of it. Jaeger-LeCoultre and British marquee Aston Martin have been working together since 1959 and they launched the first AMVOX chronograph back in 2006. You might remember that Jaeger-LeCoultre latter added the remote lock/unlock function to the AMVOX2 watch which enables the wearer to control the doors of their Aston Martin, but each version of the watch was restricted to a specific Aston Martin model. However, the 2014 Jaeger-LeCoultre AMVOX2 Transponder watch now is compatible with all current model range Aston Martins.

Judging the design of the 2014 Jaeger-LeCoultre AMVOX2, it looks like a sportier version of its predecessor, but otherwise it isn’t much different. Another noticeable change on the dial of the watch is that the name of the specific Aston Martin model is gone. But just like the original watch, the 2014 version has the same groundbreaking vertical-trigger chronograph and crystal sapphire surface that controls the chronograph function. With the AMVOX2 Transponder, owners can use it to lock or unlock their Aston Martin from a distance or to find it easily by turning on the headlights. The pricing has not been announced as of yet but the previous version was priced at $34,000, and we don’t expect the 2014 Jaeger-LeCoultre AMVOX2 Transponder to be priced higher. 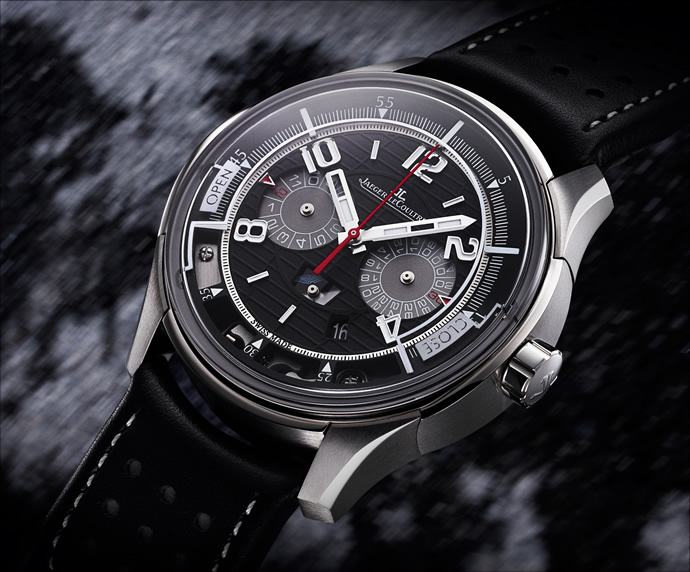