Watches are more than just meagre instruments that regularly remind you how unpunctual you are. Many a times, these little mechanical and digital devices that adorn wrists are works of art, each distinct and graciously unique. Like the years before, the Baselworld 2015 watch and jewelry show will see a fair share of action in the wrist-game. Organized from the 19th to the 26th of March, 2015, Baselworld will turn the spotlight on wristwatches from around the globe that are crafted to make heads turn. We’ve picked out the 7 finest watches you simply shouldn’t miss out on at the Baselworld 2015! 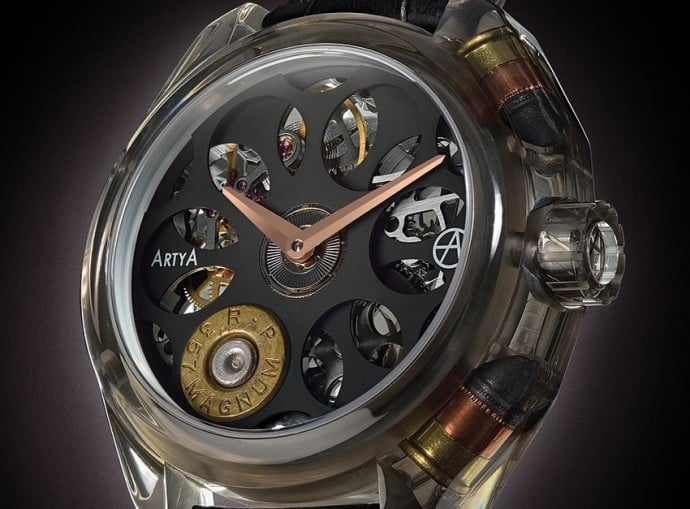 7. ArtyA Russian Roulette Glasnost G1
One of the most impressive and also the most lethal marvels of the modern world is the gun. Celebrating guns of the yesteryears, ArtyA unveiled the Glasnost G1 Son of a Gun watch, a timepiece completely inspired by weapons. The brainchild of ArtyA’s CEO and designer Yvan Arpa, the watch sports two real bullets inside its body. The two Flobert 6 mm bullets in the ITR2 case of the watch literally touch the skin of the wearer and are fixed to look like they’re frozen mid-shot. The watch uses a special material called itr2 which stands for Innovative, Technical, Resin and Revolutionary. To keep with the gun-theme, the watch packs a six-chamber dial with the sixth ‘chamber’ sporting a real bullet. Measuring 43 mm in diameter, the ArtyA Russian Roulette Glasnost G1 will be limited to just 9 pieces. 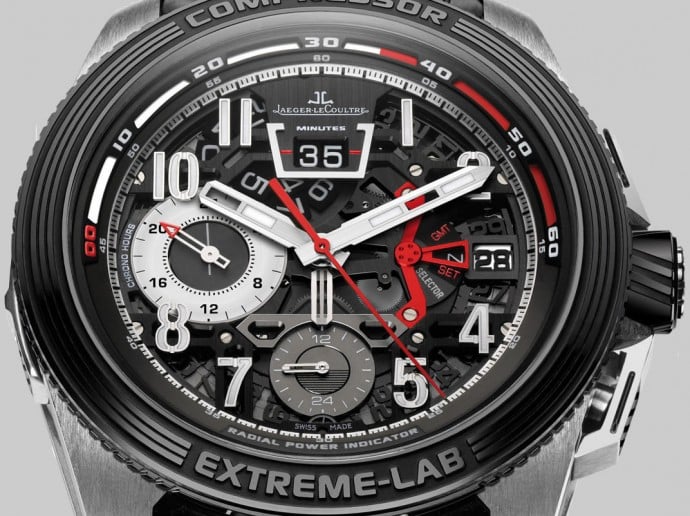 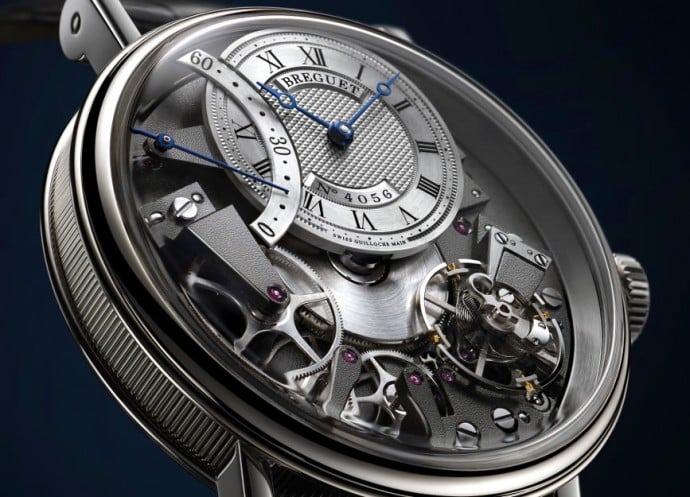 5. Breguet Tradition Automatique Seconde Rétrograde
It’s been a decade since Breguet launched the Tradition collection with the 7027 model, celebrated as the first timepiece to sport mechanisms of the movement on top of the baseplate. Now, years later, Breguet has added yet another gem to the Tradition crown, the Tradition Automatique Seconde Rétrograde 7097. The watch is christened after the retrograde second’s hand that lies at 10 o’ clock and sports a gold winding rotor. For the sake of symmetry, the watch’s pare-chute is located at 4 o’clock, giving this timepiece visual balance. With an 18kt gold and silvered dial that’s engine-turned by hand, the watch sports a case in 18kt white or rose gold measuring 40mm. 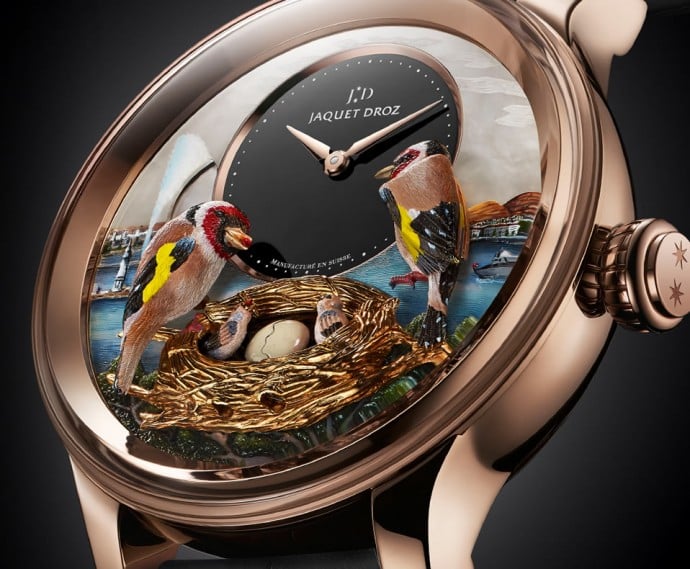 4. Jaquet Droz: The Bird Repeater Geneva
At first look, we mistook this one to be a wrist ornament, more than a watch! Built in celebration of Geneva, where Pierre Jaquet-Droz began operations of the city’s first clockmaking manufacture in 1784, this watch has a rustic and urban backdrop with a mother-of-pearl dial. Depicting a scene complete with the Lake Geneva, its famous Jet d’Eau fountain and lighthouse along with the silhouette of the Salève, the watch is topped with two goldfinches. The birds have plumagehandcrafted in gold accompany an egg and two similarly crafted chicks. What sets this watch apart is its 8 miniature animations which include the birds feeding the chicks and spreading their wings, the flowing water and the hatching egg. Packed in an 18kt red gold case which measures 47mm x 18.7mm the watch’s movement is Swiss hand-wind Jacquet Droz in-house caliber RMA88 with 69 jewels and a 48 hour power reserve. 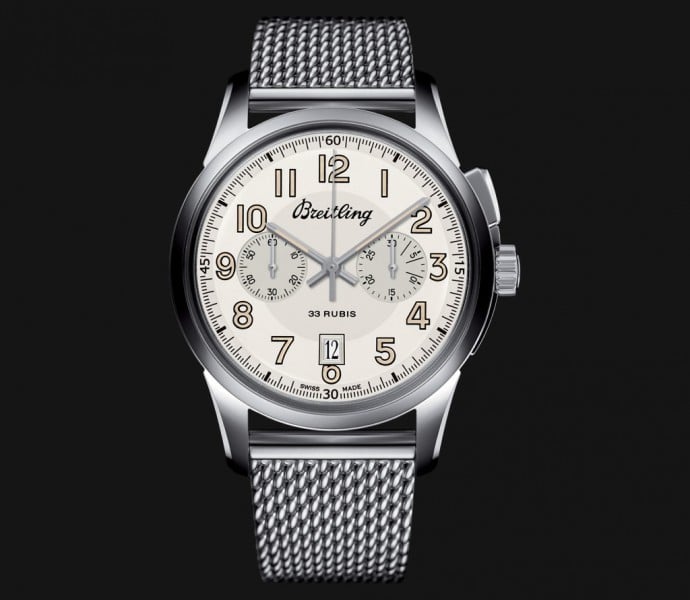 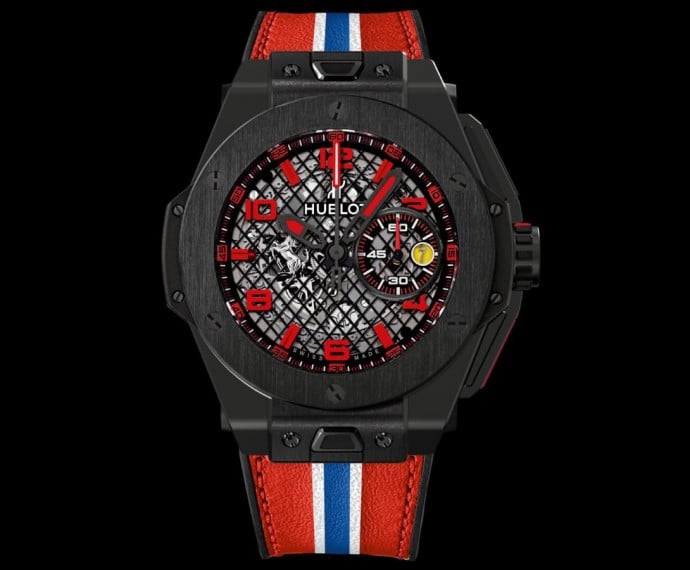 2. Hublot Big Bang Ferrari
Like the supercar brand it’s named after, this watch is one-of-a-kind too. Developed in celebration of the 10th anniversary of the Big Bang series, these two watches are named the Big Bang Ferrari Black Ceramic and the Big Bang Ferrari Grey Ceramic. While the former is clad in black with Ferrari red detailing, the latter comes with the North America Racing Team livery. The watches come with a 45 mm diameter chassis in black or grey ceramic, complimented with a profiled aerodynamic dial.To further add to the watch’s Ferrari theme, this one comes with an appliqué of the prancing stallion near the number 9 on its face. Limited to 250 pieces for each livery, both these watches come with a 72-hour power reserve. 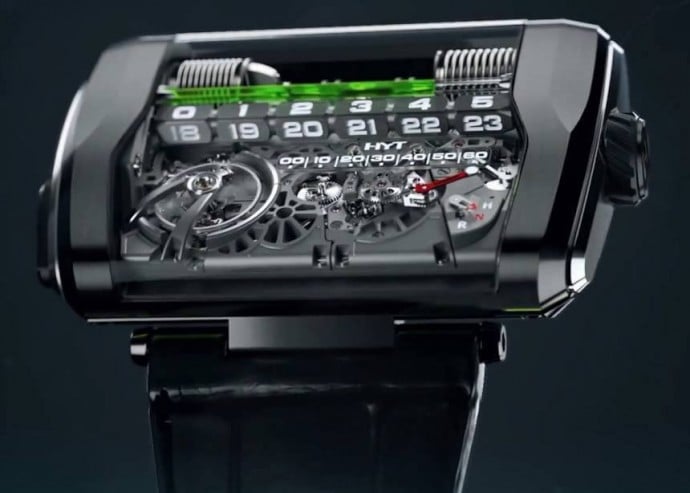 1. The HYT H3
The successor of the HYT H1 and H2, the sculptural H3 looks like it has fallen right out of a steampunk fantasy flick. Like always, HYT has managed to construct a watch that’s a mile away from any of its peers. Sporting a case measuring 62 x 41 mm, the watch has a rotating dial with 4 faces, each of which is graduated with 6 hours. This enables the H3 to display 24 hours of the day. The watch sports a retrograde fluidic hour function with a glass tube operating in a vacuum that contains two fluids, the yellowish fluid telling the time and the translucent fluid opposing it. Clad in charcoal grey PVD-coated titanium and platinum, the HYT H3 is limited to just 25 timepieces!

Tags from the story
Baselworld-2015