For 2015, TAG Heuer has decided to give its Monaco V4 timepiece a full black carbon composite makeover. Dubbed the ‘Monaco V4 Phantom’, TAG Heuer announced the new watch at the 2015 Baselworld expo. First unveiled in 2004, the Monaco V4 is a truly exceptional watch; it was the first watch to utilize a belt transmission combined with a linear weight. The new iteration in carbon composite joins prior V4 models in platinum, rose gold, and titanium. The exterior aesthetic of the Monaco V4 has received substantial refinement, including a carbon material, dubbed CMC Carbon Matrix Composite, on its case and bridges. 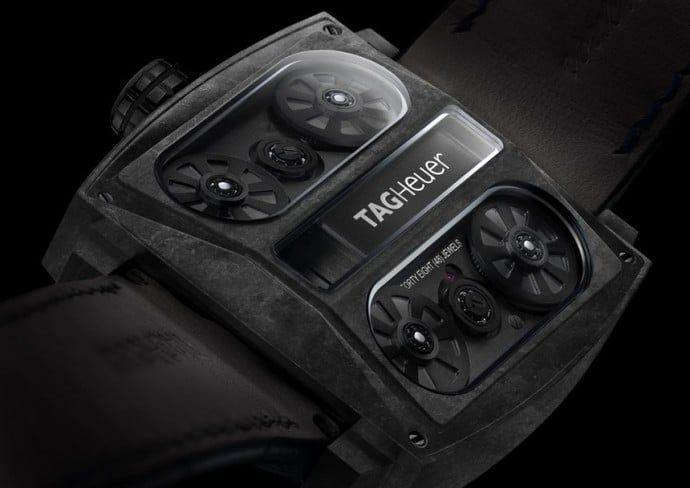 CMC is formed using a special technique where carbon fibers are placed in a certain direction in the mould and micro-blasted to give it an orderly elegant look that TAG Heuer calls “matte black vertical brushed.” By using carbon fiber for all the main components, TAG Heuer has also managed to make the watch lighter. Only the jewels reveal discreet little touches of red. The 41mm TAG Heuer Monaco V4 Phantom will get an initial production run of 50 pieces and will be priced at $45,000. 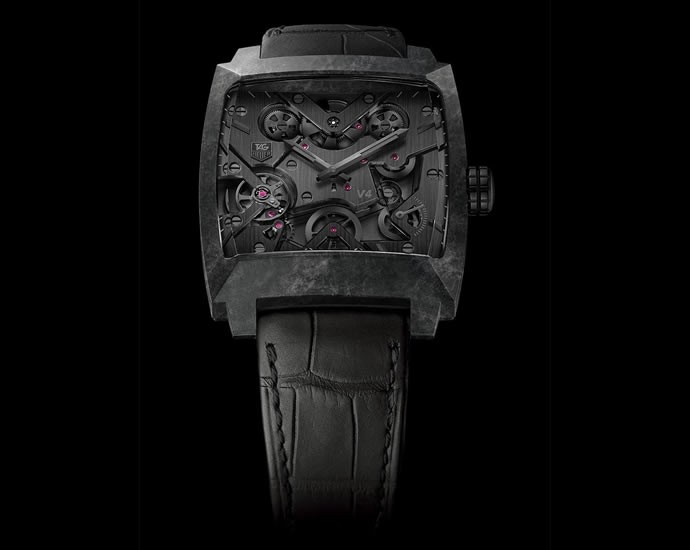