It is hard to believe that it’s already been a decade since TAG Heuer unveiled the amazing Monaco V4 Concept Watch — which was the world’s first watch to use belt drives, linear mass and ball bearings – and we must admit it’s one of our favorites. The watchmaker introduced the production version of the Monaco V4 in 2009 which was priced at $100,000 and available in extremely limited numbers, and even created a limited edition of the timepiece made out of platinum to celebrate the 150th anniversary of TAG Heuer. At the 2014 Basel World Show, TAG Heuer has unveiled the latest iteration of the watch which sports further enhancements and celebrates the 10th anniversary of the original Monaco V4 Concept. Called the Monaco V4 Tourbillon, it doesn’t take long to find out that the latest incarnation is even better than its predecessor.

The new 2014 TAG Heuer Monaco V4 is the world’s first micro-belt driven one-minute tourbillon complication. Like its predecessors, the watch is still operated by four barrels, mounted on a unique, V-shaped main plate, reminiscent of the V-configuration of engine blocks found in Formula 1 cars. The difference between the 2014 Monaco V4 and its predecessor is its transmission belts which are as thin as human hair and have been incorporated into a tourbillon complication. The other noticeable addition to the new timepiece is the black titanium and sapphire case. Other than that, it comes with an automatic linear rewinding system and barrels that are held and rotated on ball bearings. The availability of the new Monaco V4 has not been officially confirmed but it should be available by the end of this year for 150,000 Swiss francs ($169,600 approximately). 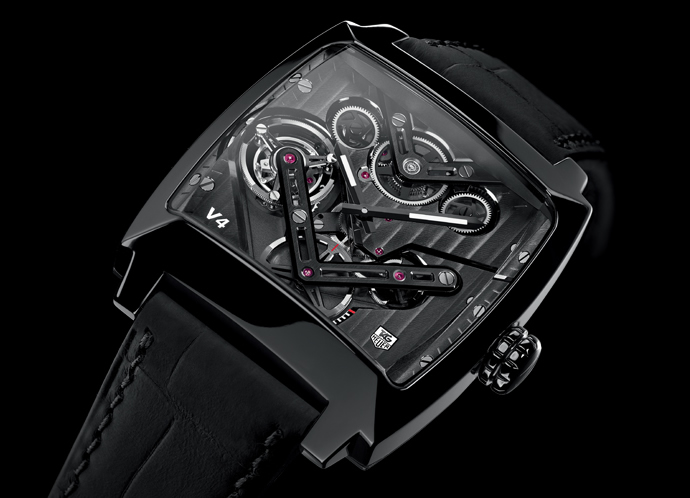 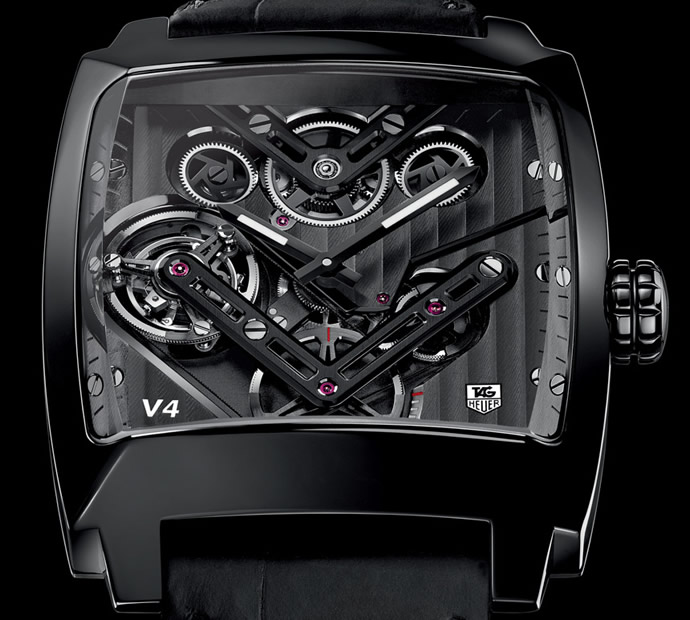 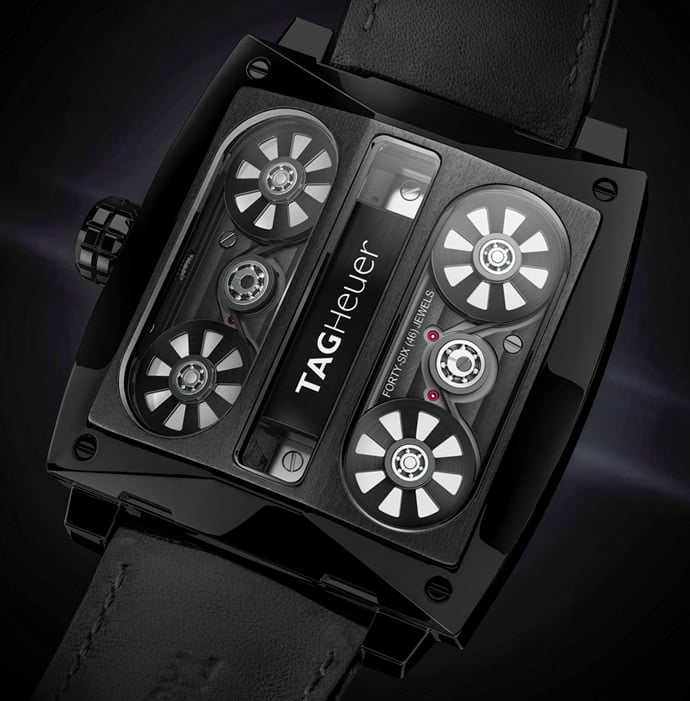