This year marks the 50th anniversary of the Royal Oak and watchmaker Audemars Piguet has lined up a good deal of new references to celebrate the golden jubilee of the iconic watch. Audemars Piguet CEO François-Henri Bennahmias revealed the much anticipated 2022 Royal Oak models at a digital press conference on Tuesday. But the most important announcement came in the form of a new Royal Oak “Jumbo” Extra-Thin which gets a brand new reference for the first time in over two decades. The old 15202 that was discontinued last month has now been replaced by the 16202. While the new reference doesn’t arrive with radical changes, the iconic model has received much-needed updates necessary to make it a properly modern piece. The highlight of the new Jumbo is its all-new Calibre 7121 which replaces the outgoing Calibre 2121 that has been in service for 52 years. 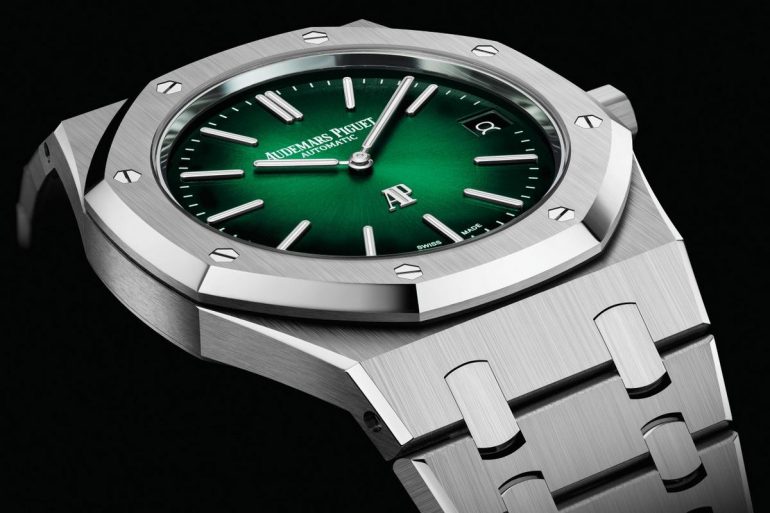 AP has debuted the new ref. 16202 in four different versions, which includes the classic combination of stainless steel case and a blue-grey dial. The anniversary-special blue dial retains the quintessential petite tapisserie guilloche that’s become synonymous with the Royal Oak. In fact, the 18k pink and yellow gold versions also get the same dial treatment with a smoke finish. Only the platinum version with a smoked green dial features a radially-brushed finish – basically the same dial on the now-discontinued platinum ref. 15202. 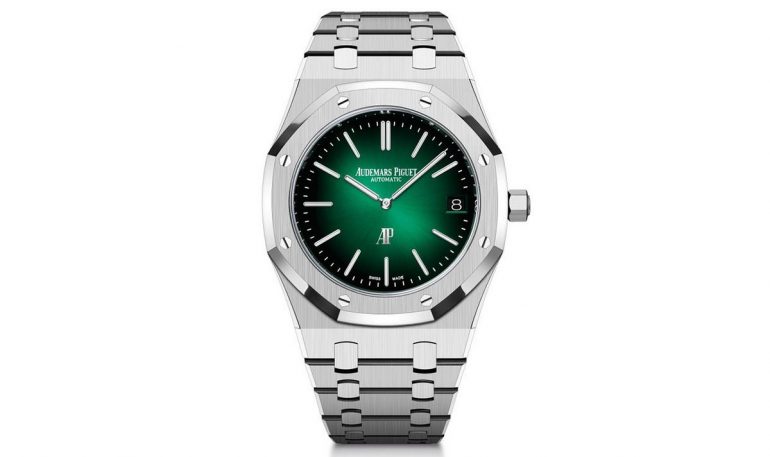 The new Jumbo maintains the same case dimensions as its predecessor despite the fact that the new Calibre 7121 is slightly thicker than the Calibre 2121. The new movement took five years to develop and boasts a completely modern construction. The movement is equipped with a rapid date-corrector and features a larger barrel with more power, helping it offer a power reserve of 55 hours. That’s a big improvement from its predecessor which had a 40-hour reserve. Additionally, it gets bidirectional winding, a balance wheel fit with inertia blocks to avoid unnecessary friction, and comes with a patented extra-thin low-energy date-setting mechanism. Even the movement finish has been optimized for large-scale production. Pricing for the new Royal Oak Jumbo Extra-Thin models starts at $33,200. 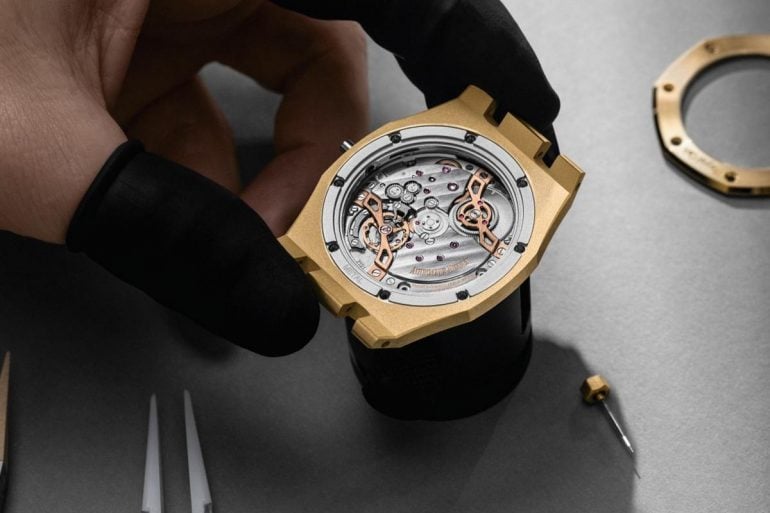 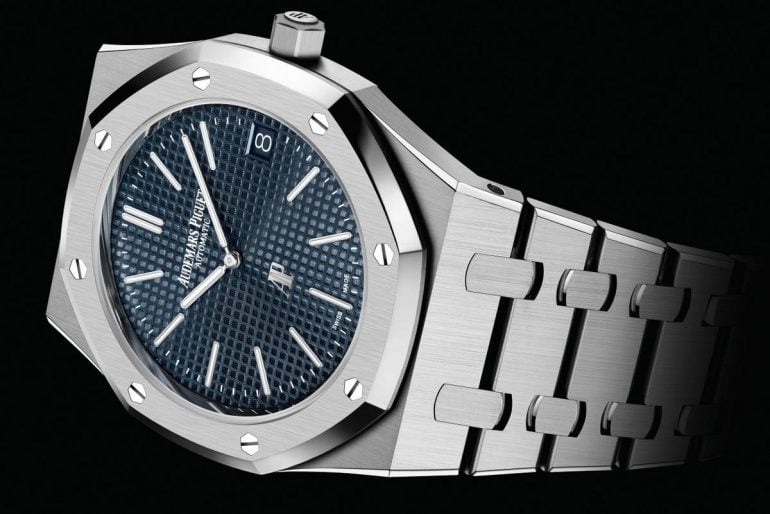 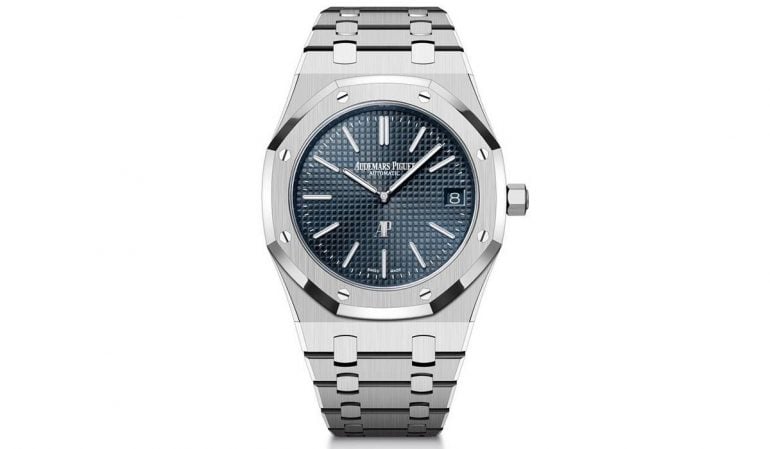 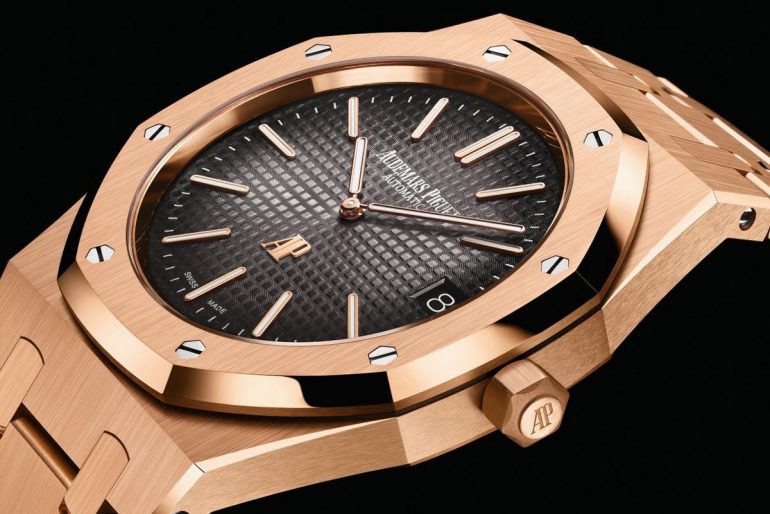 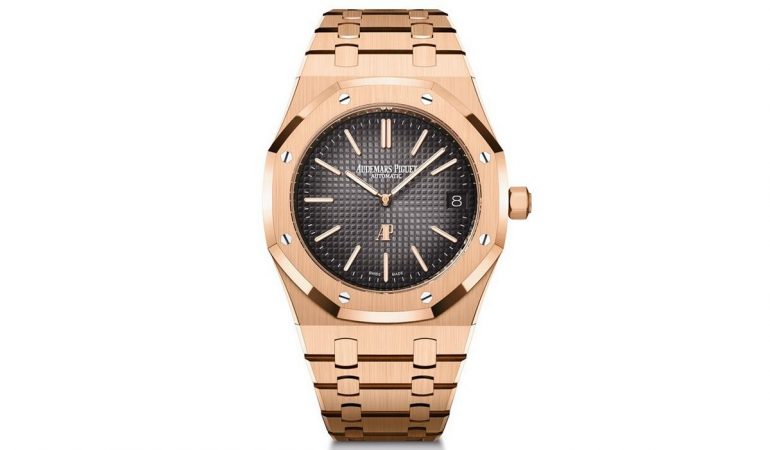 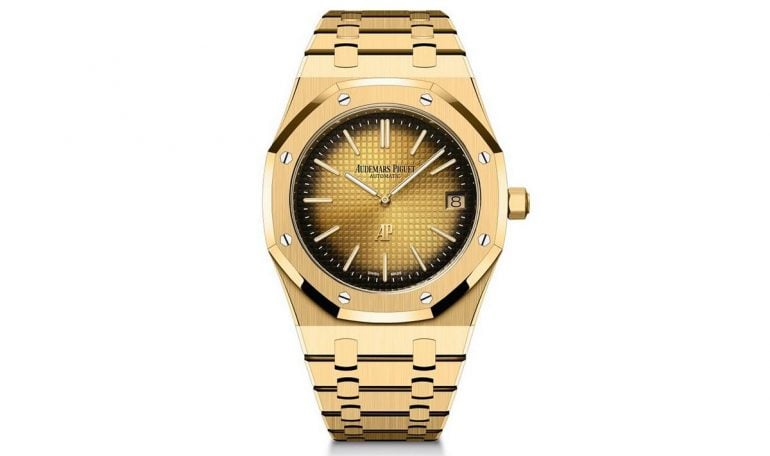