Back in 2017, Audemars Piguet released the Royal Oak perpetual calendar in all-black ceramic at SIHH. Thanks to its absolutely stunning aesthetics, the timepiece created quite a stir at the show and quickly became one of the most coveted watches. For 2019, AP followed it up by releasing a version of the Royal Oak Tourbillon Extra-Thin with a similar black ceramic treatment at the SIHH 2019, and a QP in white ceramic earlier in the summer this year. And as a surprise to everyone, a new AP Royal Oak Perpetual Calendar Openworked in black ceramic has quietly appeared on the watchmaker’s website. Not only will this new timepiece satiate the growing demand for ceramic watches, but this is also the first skeletonized Royal Oak Perpetual Calendar to appear in AP’s catalog since 2015. “This is the first time in many years that AP has introduced an open-worked perpetual calendar wristwatch,” says Michael Friedman, the head of complications at AP. “The effort here was to create an experience of contrast and play of light.” 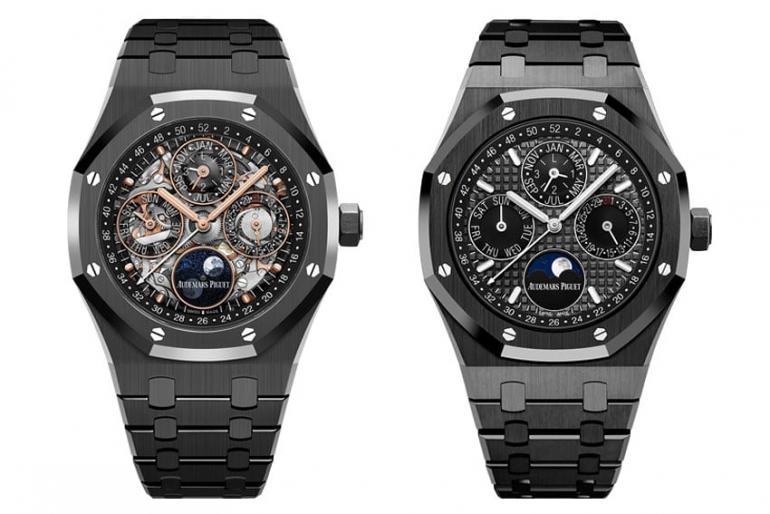 The new timepiece still has a case that measures 41mm across and just 9.9mm thick. In addition to that, it also has the same stunning brushed finish on the case along with the integrated ceramic bracelet. However, AP went ahead to developed a new caliber, the 5135, for the latest black ceramic timepiece. Rather than being just an open-worked version of the caliber 5134 that can be found in this watch’s predecessors, the movement has also been redesigned for maximum aesthetic effect. The transparent dial that gives a view of the complex perpetual calendar’s workings is contrasted rose gold accents. There is no doubt that the timepiece will be incredibly difficult to obtain. There is no word on the availability as of yet, but it is priced at CHF 130,000 (about $130,600 USD). 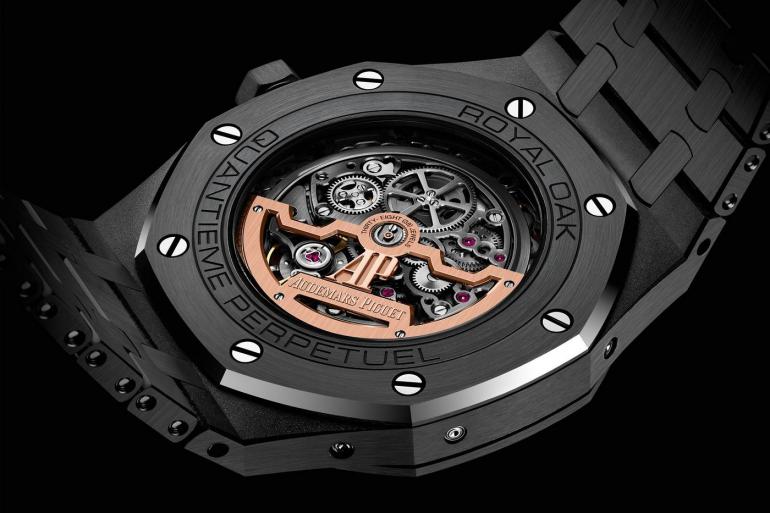