The distinctive oval shape of Audemars Piguet’s Millenary design is one of its most fascinating attributes that also gives it a kind of three-dimensional dept. AP has introduced a new timepiece named Millenary Quadriennium that features a new improved calendar, which is almost like a perpetual calendar. Its name is Latin for a quadrennium, which is a four-year period. It features mechanics that places it somewhere between the perpetual calendar (which automatically adjusts for leap years and the odd February month) and the more basic annual calendar (which requires adjustment to go from February 28/29 to March 1). The Quadriennium does not require adjustment at the end of February, except for every four years (i.e. the leap year). 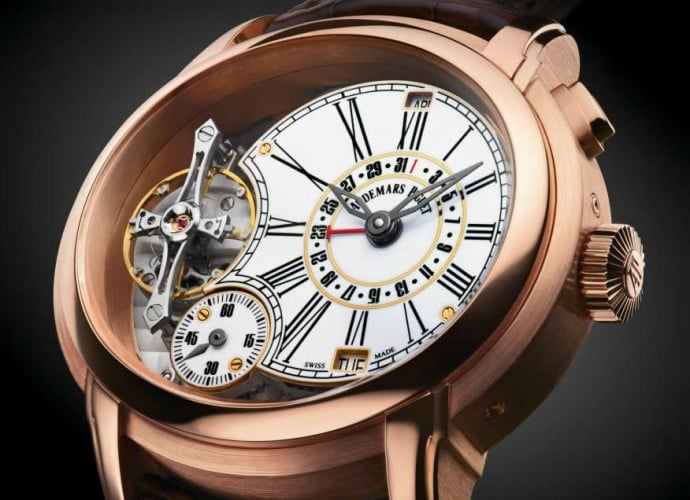 The new Audemars Piguet Millenary Quadriennium has an off-centre dial for the hours, minutes, date, month and day of the week, and a small subsidiary dial for the running seconds. The month is visible through a small aperture just above the Roman XII, and the day of the week is just below the Roman VI. The balance wheel, which is held in place by a large bridge that is beautifully finished by hand, is part of the famous AP escapement. The case, in 18kt rose gold, measures 47mm x 42mm. It comes on a hand-stitched “large square scale” brown alligator strap with an 18kt rose gold folding clasp. 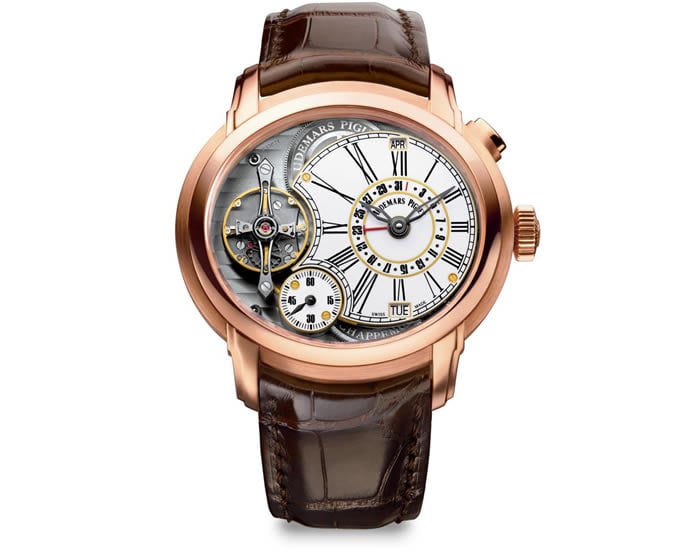 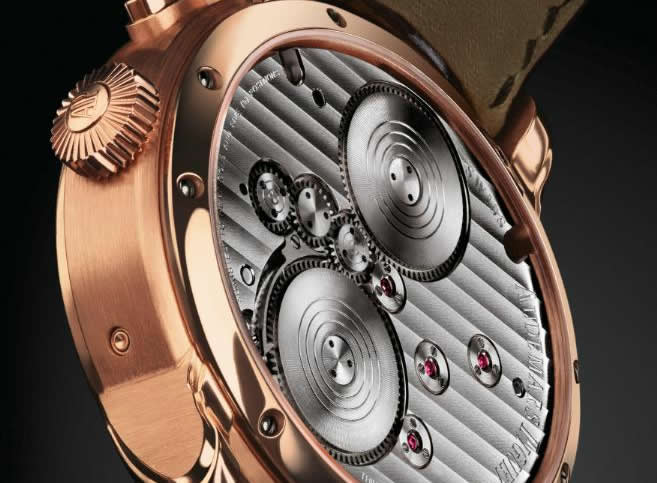