For those looking to get their “Bling” on the iPhone is usually the way they go. For those in the Middle East, a Gold encased iPhone is now getting to be rather passé. But for the owners and caretakers of the famous Burj Al Arab hotel in Dubai, Apple products housed in Gold are just the ticket to impress their guests and give them that regal feeling that comes with their stay. In 2013, the hotel issued 24 Carat Gold iPads to be used in their restaurant and this year they’re going the iPhone 6 way. 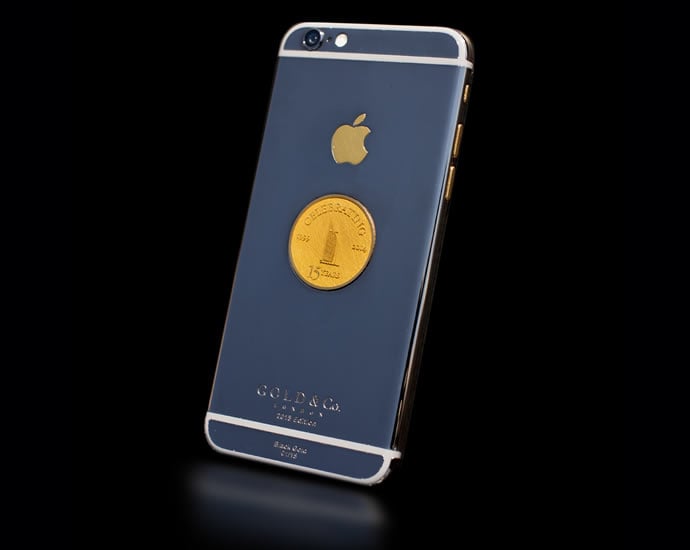 Gold & Co London have been the designers of the specially created and ultra swanky iPads and iPhones amongst other devices that are required to be “tricked out” in luxurious metals. To mark the 15th anniversary of the world’s only 7-star hotel, 15 iPhone 6 devices in yellow and Black Gold have been commissioned by the Burj Al Arab. 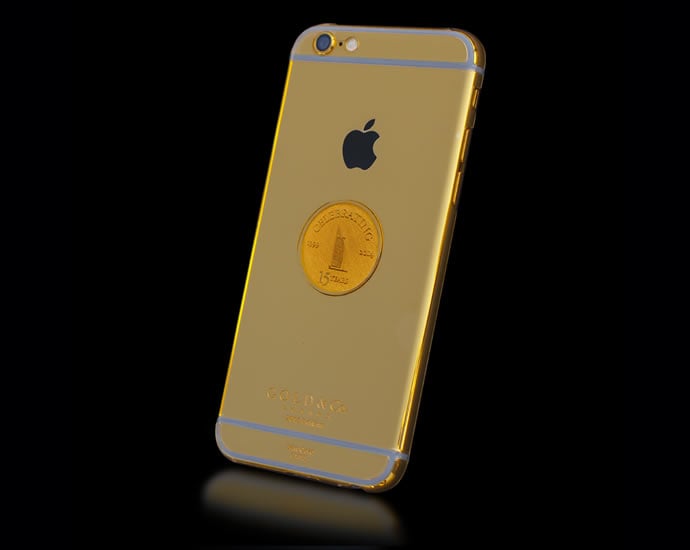 “It was an honor for us to help commemorate the 15 Year Anniversary of the @BurjAlArab hotel by creating 15 bespoke Limited Edition iP6 in 24k Gold and Black Gold,” Gold & Co London said on its Instagram account.

In September of last year special edition iPhone 6 devices in Platinum, 24K Gold and Rose Gold were designed to celebrate Chinese e-commerce website, Alibaba’s IPO launch. They ranged up to $2 million each.

The custom designed iPhone 6 models for the Burj Al Arab stand out with price tags of $13,040 for the Black Gold edition and $12,224 for the yellow gold model. While they may not be as exclusive as those made for Jack Ma, these are nonetheless custom designed for patrons of the famous hotel and are specially branded with a round Burj Al Arab anniversary logo on the back of the unit for their anniversary celebration, making them as much collector’s items as anything else made in limited quantity. That combined with the work that has gone into their creation – 80 man hours – and the fact that each has its own gold plated identification and authenticity plaque, showing the units number and IMEI number, meticulously crafted by the fine designers at Gold & Co London, makes them quite valuable. 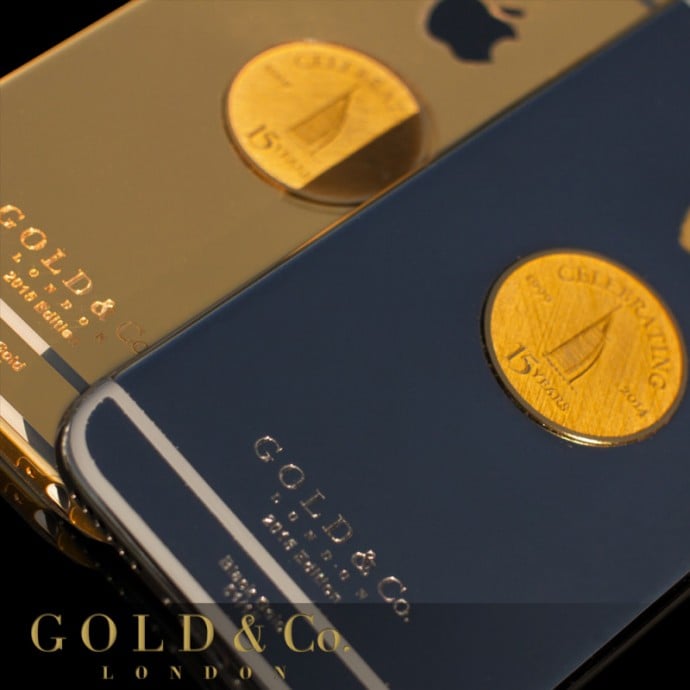 The 15 units created will be available for purchase only at the Burj Al Arab. These will most assuredly not be the only last we’ll see of Gold encased Apple iPhones this year.