Swiss watchmaker Baume & Mercier has partnered with the iconic American motorcycle company Indian to create three new chronograph timepieces. First spotted at SIHH 2018, the trio of chronographs celebrates the rich heritage of the brand that’s touted as America’s first motorcycle manufacturer. We wanted to capture the freedom of motorcycling and the adventure inherent in the lives of Indian riders,” said Baume & Mercier CEO Alain Zimmermann. “Baume & Mercier is celebrating the motorcycling lifestyle, whether that’s in the saddle of your favorite motorcycle or enjoying the company of your friends after a ride. Both motorcycles and watches are messengers of emotion.” he added. 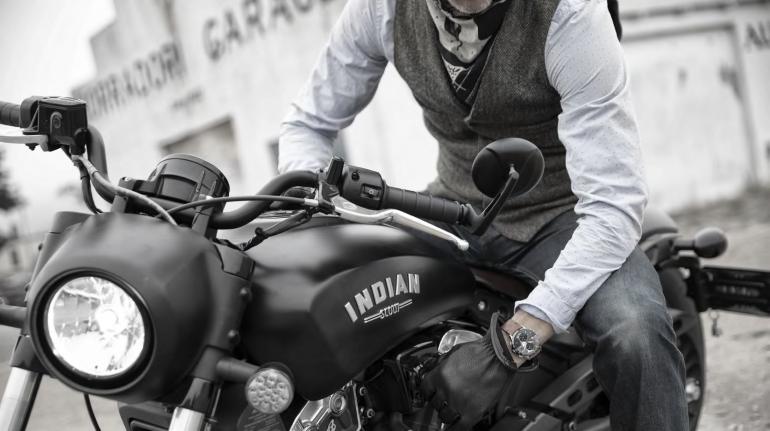 The Clifton Club Scout and the Clifton Club Chief both pay tribute to the Indian motorcycles by the same name. Inspired by the Scout motorcycle, the Clifton Club Indian Scout Edition reflects the freedom of expression, style and the open road. It comes in polished and satin-finished stainless steel and features a tachymeter scale and an open-worked dial inspired by Indian’s midsize Scout motorbike. The Clifton Club Legend Tribute Chief timepiece, on the other hand, is inspired by the Indian Chief and features an opaline black dial with snailed silver-colored chronograph counters. Both the watches are limited to 1901 examples each, denoting the year Indian officially began making bikes.

The Burt Munro Tribute Edition pays homage to one of the biggest names in motorcycle racing. In 1967, Munro set a land speed record on a 47-year-old Indian Scout that managed to hit 184.08mph. The watch features the famous Indian Red of Munro’s Scout on the second’s hand and strap along with his lucky number 35, and his world record marked by a highlighted 184 on the tachymeter scale of the bezel. A total of 1967 pieces of the watch will be sold. All the three timepieces are priced at $3,900 and will hit retail stores this month.

Tags from the story
Baume-and-Mercier, Limited-Edition