Leica is celebrating its 100th anniversary this year and we have already seen a slew of special edition shooters by the iconic German camera maker unveiled since the start of this year as a part of their centenary celebrations. Joining the long list of special editions, Leica has introduced yet another limited edition variant based on its M Monochrom camera. This is not the first limited edition M Monochrom by Leica this year as the brand unveiled the special Leica M Monochrom ‘Ralph Gibson’ edition back in February and came with a price-tag of $28,000. But this one has been created in partnership with Nordisk Foto Import to celebrate its 25 years of existence. Named the Leica M Monochrom Silver Anniversary Edition, it bids goodbye to the black look of the standard Monochrom and adopts a special silver metal finish along with “Aztec beige leather” wrapped body.

The M Monochrom Silver Anniversary Edition will only be sold in Denmark and Sweden, with no plans for the camera to make its way to other markets, and only 25 examples will be ever made of this special edition. In addition to different color scheme, it includes a Summilux M-1.4/35 ASPH Silver Lens specifically made for this run, which will bear the serial number (1/25 to 25/25) on the top plate rather than just Monochrom, and also a unique display box and a matching tan leather strap. The camera will exclusively be sold through the Leica dealers in Denmark and Sweden for around $21,000. 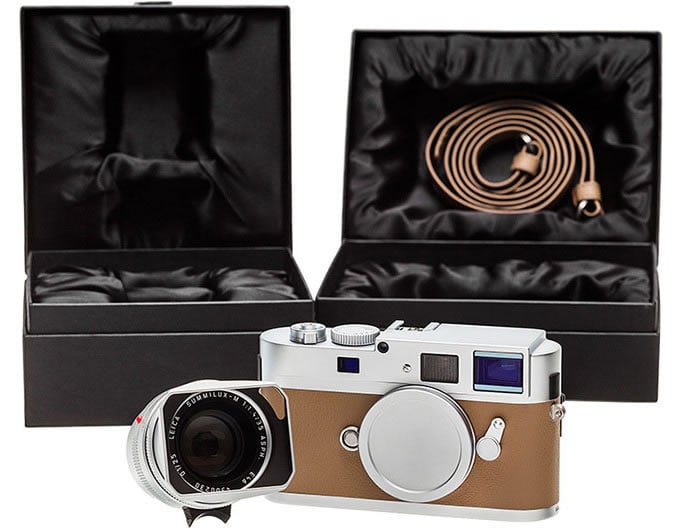