Swiss brand Breitling has come up with a bespoke timepiece named the “Breitling S3 ZeroG” which has been created exclusively for passengers who’ll experience zero gravity flight with S3 (Swiss Space Systems). Swiss project S3 will be organizing its first weightless ZeroG flights to a broad public in 2015 and Breitling is the main sponsor of the program. The ZeroG project will begin in 2015 in over 15 locations around the world, including Asia, the Middle East and Central America and the flights of around two hours aboard an specially modified Airbus will each include 15 “parabolas” or free floats lasting between 20 to 25 seconds and providing a chance to experience total weightlessness by floating as if in space. 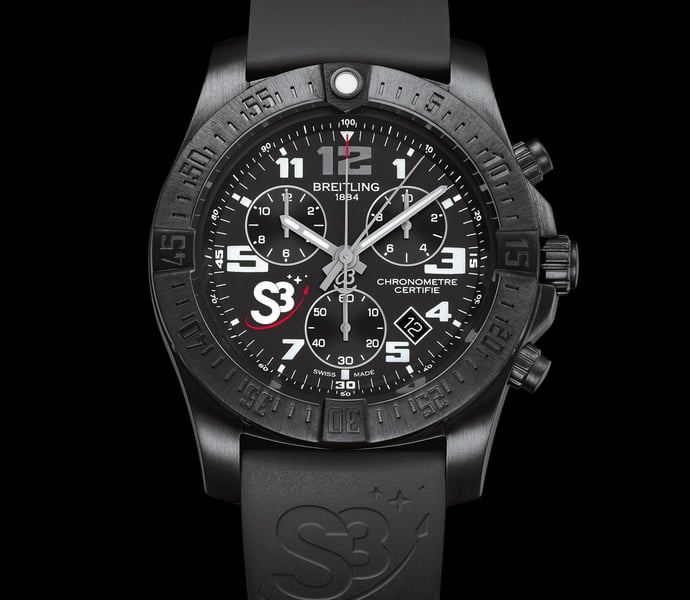 The planes will be divided into three sections with the prices for the cheapest tickets starting at $2,700. But a dozen passengers with a ticket to the VIP Room, which is priced at $68,000, will get to enjoy a “tailor-made experience” and get the Breitling chronograph specially created for the occasion. The Breitling S3 ZeroG is equipped with a light and sturdy black titanium case and a SuperQuartz movement. The S3 ZeroG chronograph sports a S3 logo appearing on the dial and the rubber strap and a caseback engraving depicting a parabolic flight. The special edition watch will also serve as a boarding card for passengers and will not be commercialized outside this flight program. The passengers will be entitled to keep the watch as a memento along with the flight suit to remember the memorable zero gravity flight.

Tags from the story
Breitling