After the success of the 2020 edition, the Geneva Watch Days show has returned for this year after being rescheduled due to Covid restrictions. It’s the first physical watch show of 2021 and eight founding members arriving at the mini watch fair to showcase their newest creations. Bulgari, which is one of the founding brands, has kicked off the show in style by introducing a total of nine new releases. The one that caught our attention is the 41 mm Octo Roma Central Tourbillon Papillon. It was in 2015 when the Italian Maison released its first-ever timepiece with a central tourbillon. The 2015 Papillon was a limited edition of just 40 examples and featured the signature Daniel Roth case. The new Octo Roma Central Tourbillon Papillon has a lot of similarities with that piece, but it does have enough unique elements to make it a different, standalone piece. 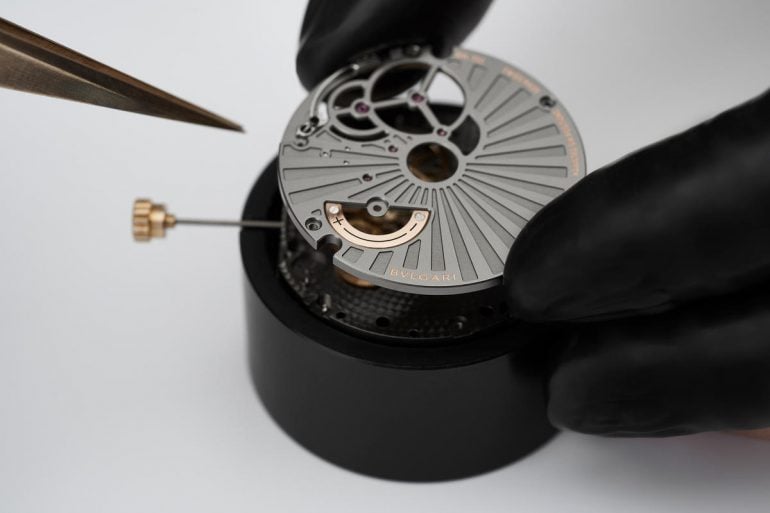 The most noticeable difference comes in form of the signature Octo shape of the case. The 41mm rose gold case sports an attractive brushed finish, that really makes the aesthetics of the watch pop. The dial layout is near identical to the 2015 Papillon. With the central location of the tourbillon, regular hands for time display goes out of the equation – a reason why center tourbillons are so rare. The Octo Roma Central Tourbillon Papillon uses a 24-hour jumping hour display at 12:00 on the dial to display hours. A disk around the tourbillon rotates has two minute hands. The minutes are shown on the semi-circular track running from three to nine o’clock. As one minute hand retracts, the other simultaneously extends at the other end of the minute track. 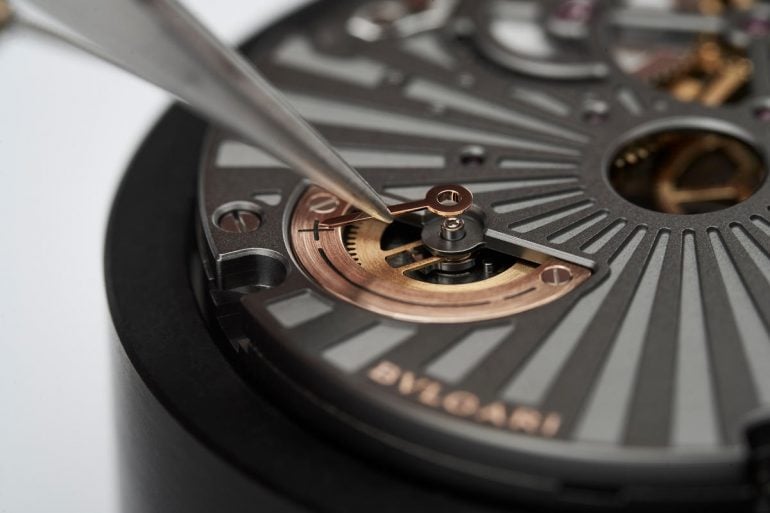 Housed inside the case is the caliber BVL 332 movement. Measuring 34mm x 8.76mm, the manually wound movement offers a power reserve of 60 hours, which is identical to the tonneau-shaped caliber BVL 266 that powered the 2015 Papillon. However, the plates and bridges are shaped differently in both movements. The power reserve indication is located at the back. The 41 mm Octo Roma Central Tourbillon Papillon will go on sale on October 21st and will carry a price tag of $129,000. However, it won’t be a limited edition model. 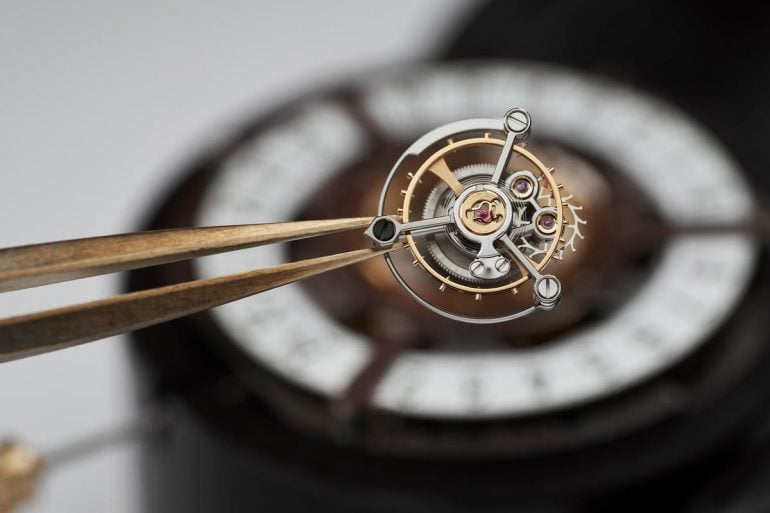 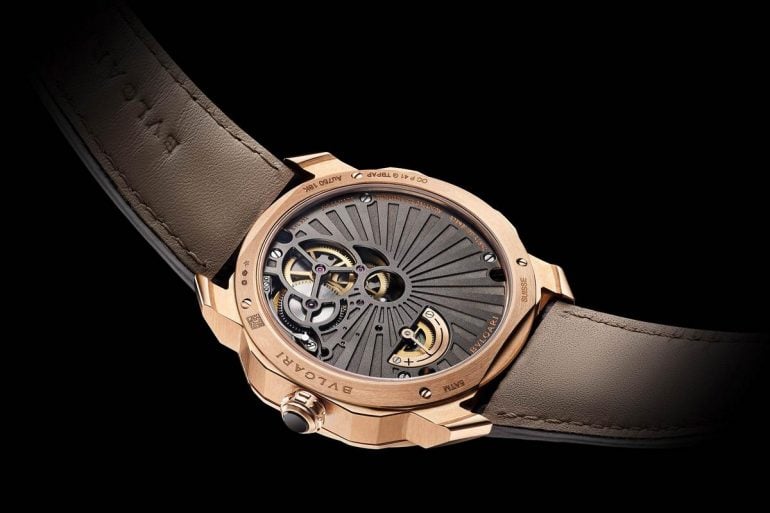 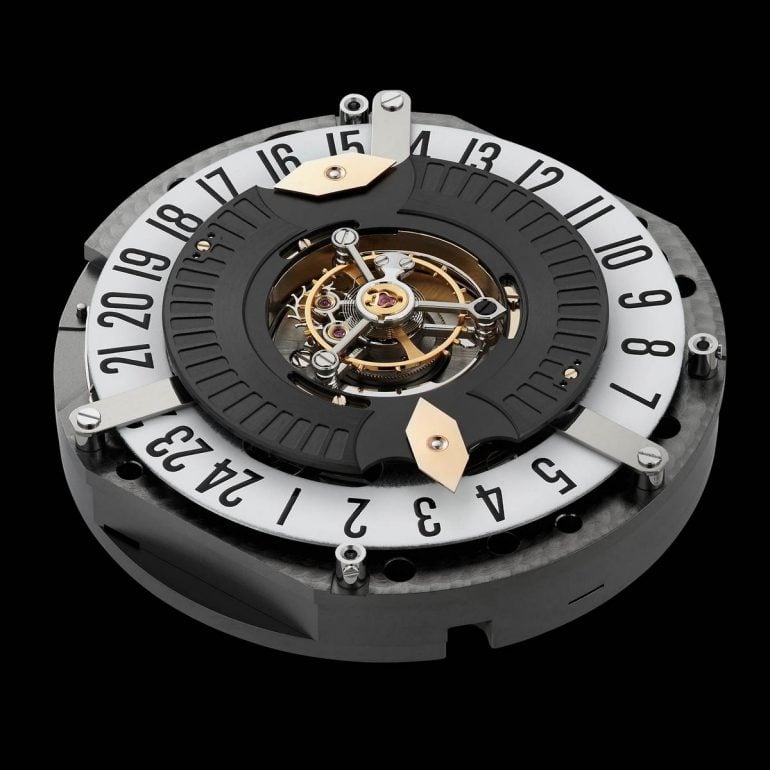 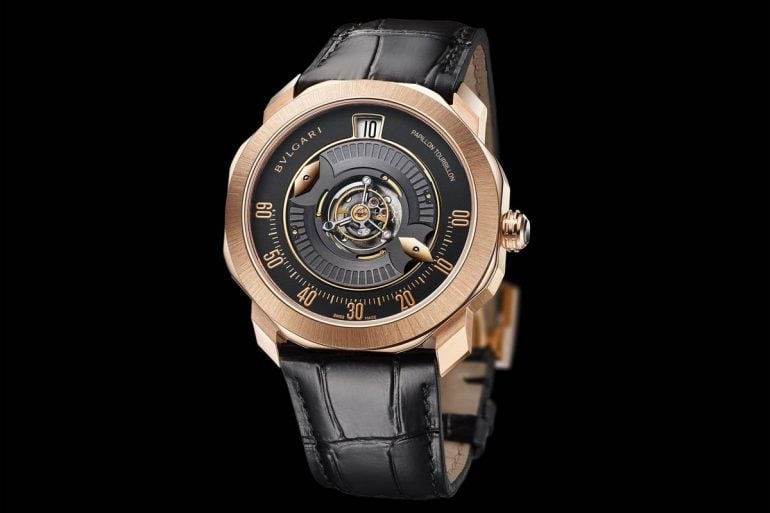 Tags from the story
Bulgari, Tourbillon