High-end watch brands collaborating with automotive manufacturers on co-branded, special edition timepiece is very common and it has been happening for many, many decades; but such partnerships are mostly restricted to carmakers. We get excited every time we see watchmakers join hands with motorcycle brands for something special as they are so rare. A few months back, Breitling teamed up with Triumph to introduce a pair of special edition Top Time chronographs and a commemorative bike. Just when we thought that was it for the year, Bulgari announced a new brand partnership with its fellow Italian brand Ducati by revealing a new limited edition wristwatch – the Bulgari Aluminum Chronograph Ducati Special Edition. 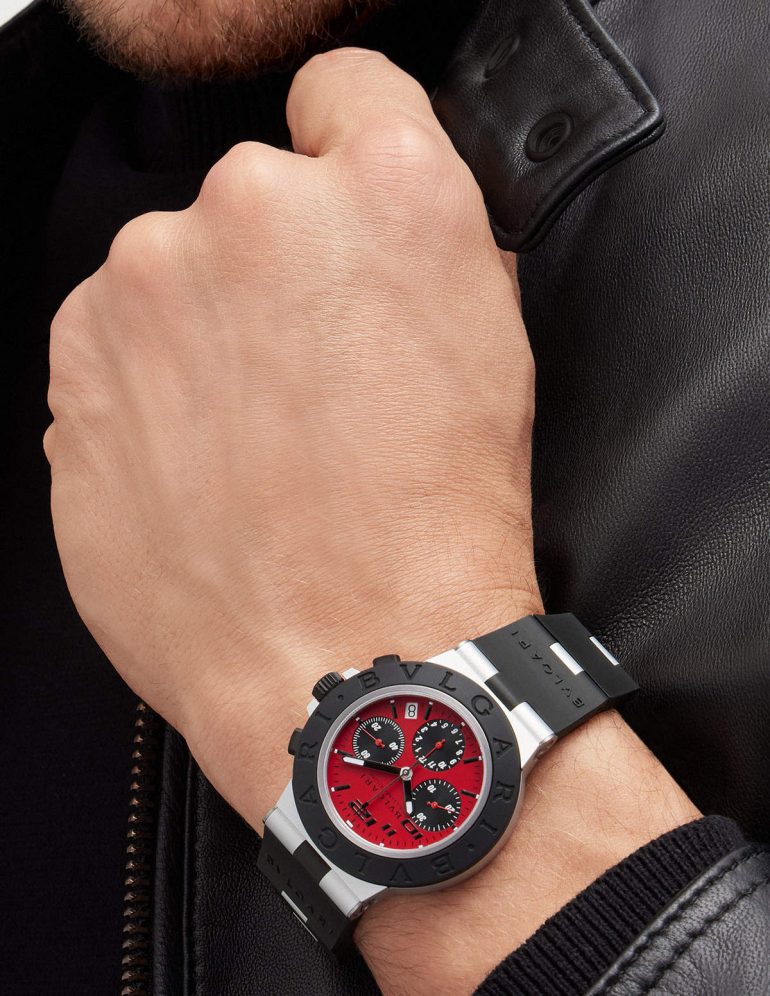 Building on Bulgari’s popular Aluminum series, the new collaborative piece uses the Aluminum Chronograph as the starting point and features several special design touches that celebrate Bulgari’s partnership with the iconic Italian bike manufacturer. The most prominent of them is the dial that’s finished in Ducati’s signature color red. While the dial’s layout and design remain mostly unchanged, there are few updates that separate it from the standard model. As a tribute, the printed black baton indices are joined by printed Arabic numerals at 10, 11, and 12 o’clock with the typeface taken directly from the tachometer gauges of Ducati’s motorcycles. Additionally, the black chronograph sub-dials are also inspired by a rev-counter and feature red needle hands along with swept-back numerals. 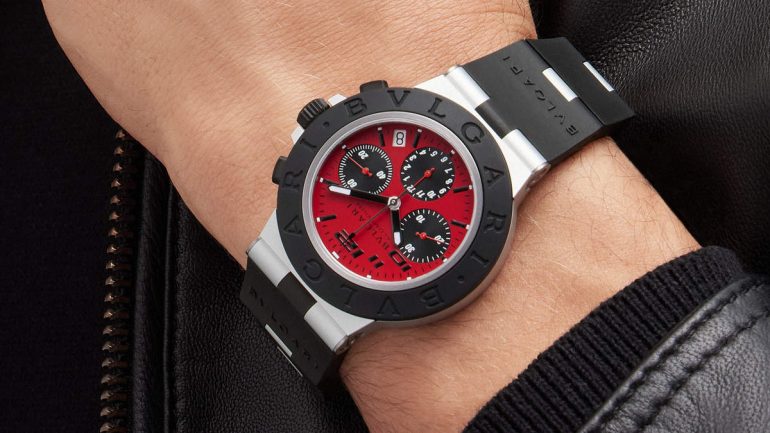 The 40mm round case, like in the standard model, is made out of aluminum and features the line’s trademark black rubber bezel engraved with twin oversized Bulgari emblems. Ducati’s branding only appears on the caseback that’s etched on the surface that’s offered with a matte black DLC titanium treatment. Housed inside the case is the ETA 2894-based BVL 130 automatic chronograph movement that offers an average 42-hour power reserve. Just like the watch it’s based on, the Bulgari Aluminum Chronograph Ducati Special Edition is paired with the line’s unique rubber and aluminum hybrid strap. Bulgari says it will make only 1000 examples of the special edition watch that is available now through authorized dealers for $5000. 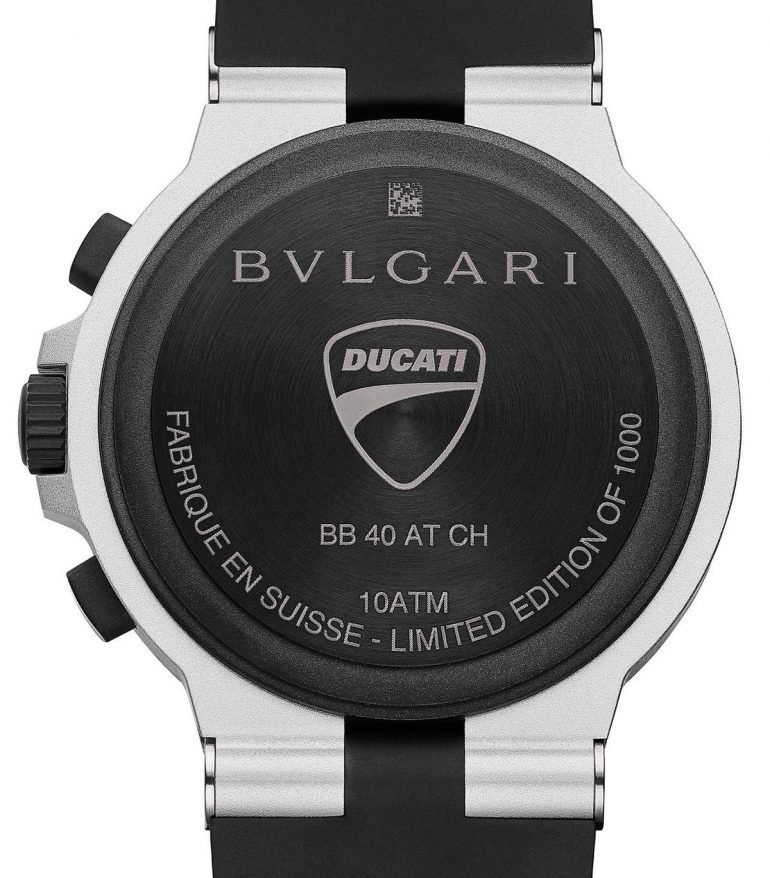 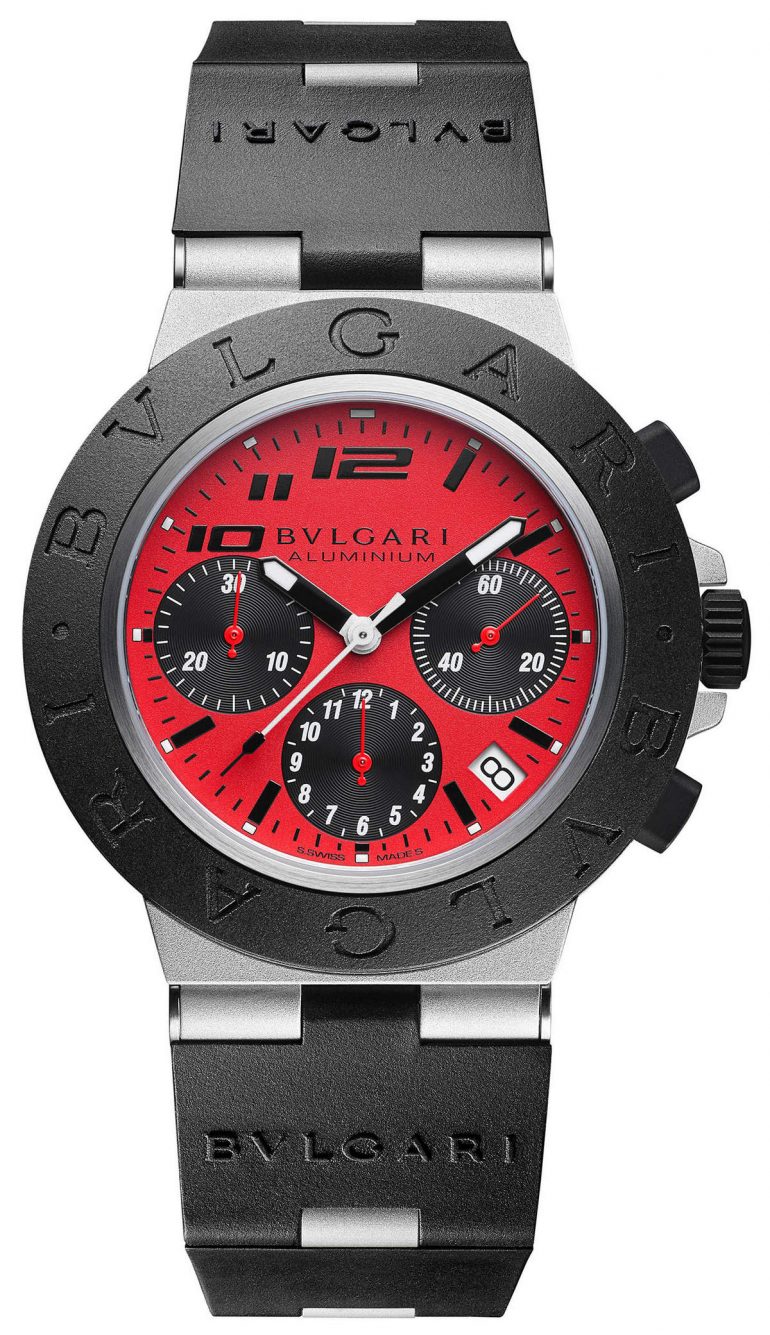 A Gen-Z heartthrob and a very successful influencer, TikToker Charly Jordan has bought a luxurious…

Selling for $195 million, Andy Warhol’s portrait of Marilyn Monroe wins the spot for the…

To avoid being seized, sanctioned oligarch Suleiman Kerimov spent $500,000 in fuel and raced his…