Remember the all-gold ‘Dream Project’ G-Shock DW5000, a concept watch by Casio revealed back in 2015? To celebrate the 35th anniversary of the iconic digital watch, the Japanese brand has brought the concept to life by revealing the G-D5000-9JR – an 18-karat yellow gold piece which has a price-tag of ¥7.7 million JPY (approximately $69,500 USD), making it the most expensive watch by Casio till date. Understandably, Casio has left the iconic design relatively untouched, which means it still comes with the same retro aesthetic with a trademarked Tough Solar charging system inside. 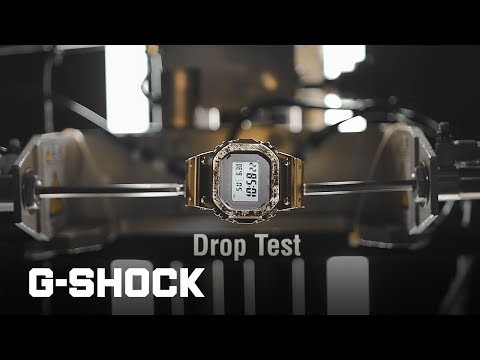 According to the information released, the anniversary edition will feature 38 different time zones, an LED backlight, and their Multi-Band 6 technology for automatic time adjustment that uses radio wave tech from six stations around the world for split-second time correction. Only 35 examples will be made and you’ll have to file a pre-order request on Casio’s web store on 15 May if you want one for yourself. The watch will then ship in December.

Tags from the story
Gold-Plated, Most-Expensive