A little while ago, Jacob & Co. announced a partnership with graffiti artist Alec Monopoly. And on the back of it, the marquee has now launched the Astronomia Alec Monopoly watch, with four-arm vertical movement and a lot more for a price of $600,000!

Made in 18-karat rose gold, the watch is adorned with a sapphire crystal and four sapphire case sides for better viewing of the movement and the animation inside. It comes with a sleek backdrop base complete with the black night sky and stars, on top which lays the signature Jacob & Co. Astronomia revolving double-axis tourbillon.

On its opposite end is the revolving watch dial placed on a patented differential gear system, as it perpendicularly aligns to the arm that boasts the three-dimensional hand-lacquered magnesium Earth globe on one side and a Jacob & Co. proprietary faceted Jacob Cut one-carat diamond with 288 facets on the other. 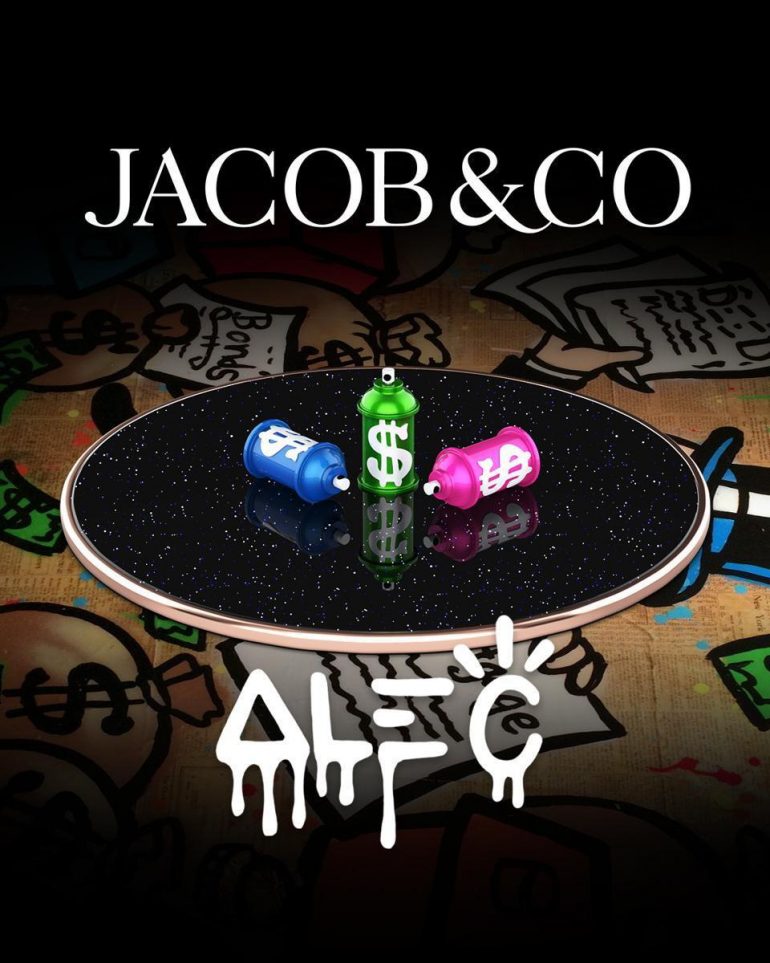 The watch further displays tiny characters that can be found in Monopoly’s works of art and are derived from various comic characters such as the “Monopoly Man” or from the Disney universe. Other noteworthy feature of the timepiece includes its highly complex JCAM10 caliber with 365 parts and a 60-hour power reserve.

Commenting on it, Alec Monopoly, in a statement, said, “There is just so much thought, time and talent in each of these timepieces. This collaboration is a work of art within a work of art…. My hope is that this is a watch that will be passed down through generations with the same passion and pride as a masterful original work of art.” We second that!

Tags from the story
Jacob-and-Co, Tourbillon