When an unnamed society gets together to create art d’objet the result is exhilarating not just because the one-off creation is so spellbinding but because the enigma of the creators is interesting as well. Last year, a mysterious entity called the Unnamed Society (team of passionate inventors and designers) created a table clock in the form of a revolver. The clock has been developed in collaboration with famed Swiss luxury watchmaker L’Epée. This dazzling collaboration has now turned literal with the opening of the second chapter of this wondrous creation- The Diamond! It’s a stunner not just in terms of looks and the scintillating exterior but also the entire intelligence of it. An utterly unexpected interpretation, this hyper-exclusive object clearly shows that time can never be taken for granted. A revolver signifies that ‘here today gone tomorrow’ is a reality and life is short-lived unless we enjoy every minute. The Diamond table clock comprises 2,518 diamonds for a total weight of 78.26 carats. The beautiful creation was made in Geneva by six Master Setters using ‘snow setting’ over a period of 140 hours of fabrication and more than 300 hours of gem-setting which is clearly seen in the gleaming production. The grip is made of black lacquer, an age-old technique that demands technical know-how and skill. L’Épée watch making uses a mechanically indexing cylinder at the heart of the revolver. 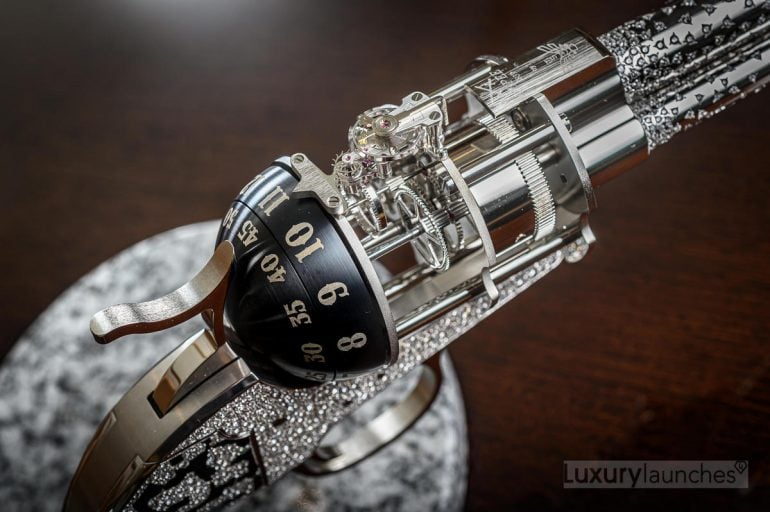 Arnaud Nicolas, CEO of L’Épée says, “We knew from the outset that we were working on something truly special. Translating the vision of the team into a unique clock caliber has been the challenge of a lifetime and all of us here at L’Épée are very proud of the result. Working with time from all its angles, historical, mechanical and aesthetic, has rarely been so rewarding,” says Arnaud Nicolas, CEO of L’Épée. The Diamond is being unveiled as an International Premiere with the ART in TIME gallery in Monaco, one of the beacons of Haute Horlogerie in the world. 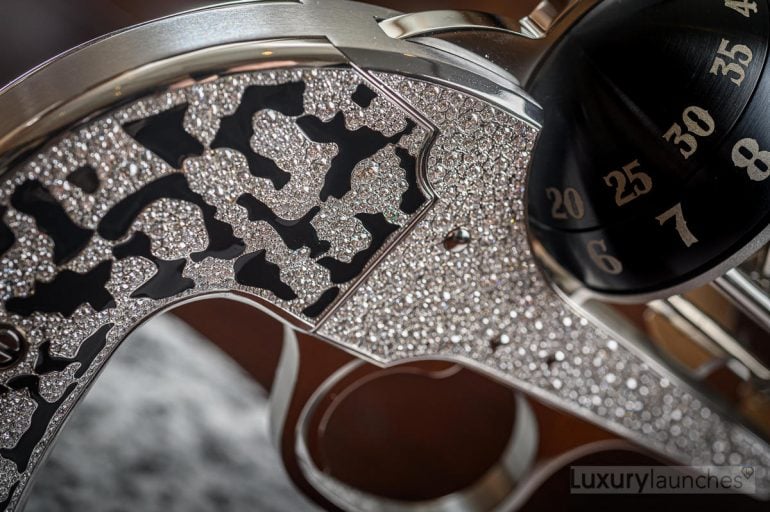 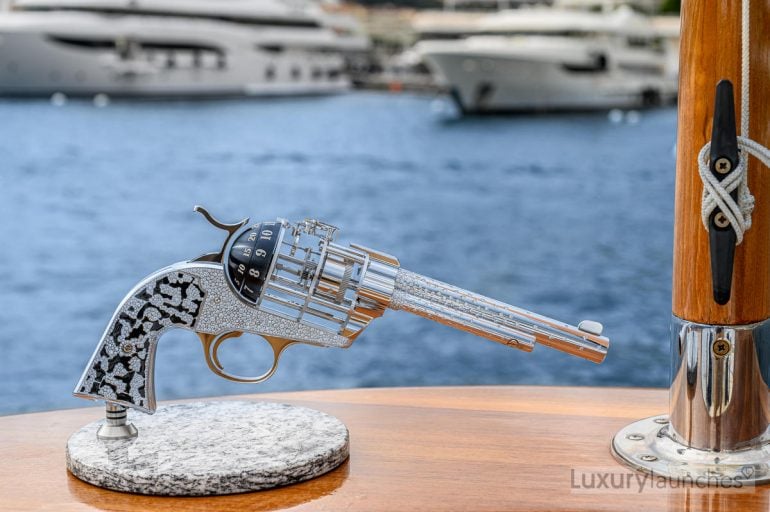 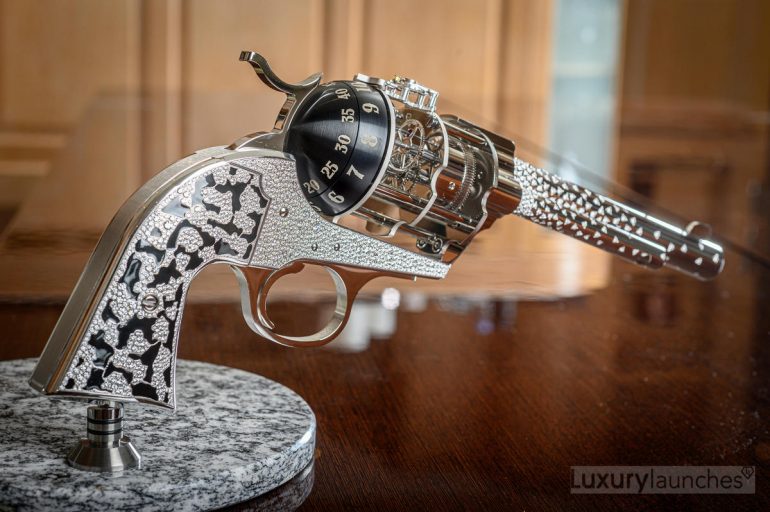 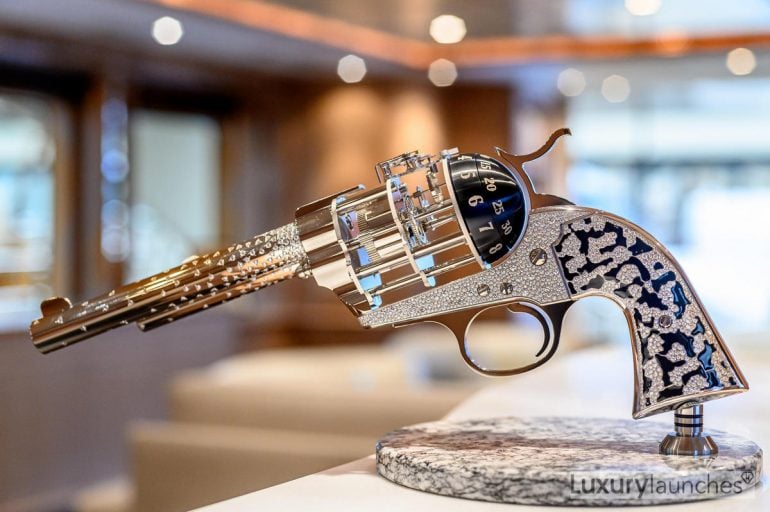 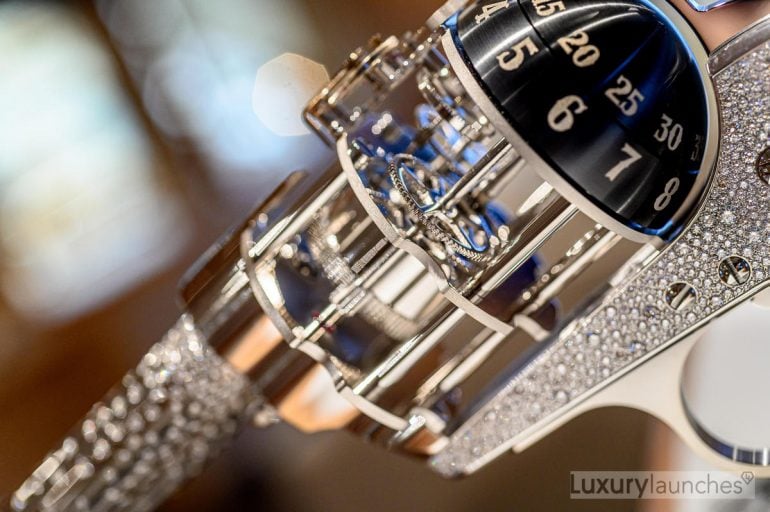 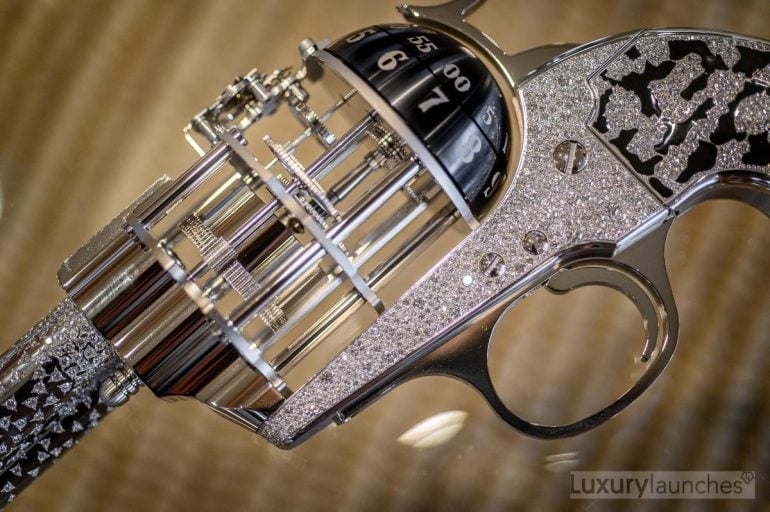 Tags from the story
Clock, Diamonds