Someone smart said, ‘Time is money, so I went and bought a Rolex!’ Being smart is good; investing in a great watch like a Rolex is even better, but can you really tell the difference between a real and a fake Rolex and if you’re being duped? With counterfeit culture on the rise, U.S. Customs and Border Protection have plenty on their hands. Not too long ago, US Customs seized $2.5 million worth of ‘super fake’ Rolex watches that were shipped from China. Now the $2.5 million seems like a paltry sum as CBP officers in Louisville, Ky., caught 4 shipments of phony Rolex watches shipped from Hong Kong on Tuesday worth a total $25.2 million at retail prices. Each shipment containing 320 counterfeit Rolex watches headed for Salt Lake City, Utah. Each package, from the same shipper, was mis-manifested, so CBP officers inspected the packages, and finally, a total of 1,280 watches were seized. Thomas Mahn, Port Director-Louisville, said, “During this holiday season, consumers are always looking for the best deal; the unfortunate part is criminals are also online pedaling their counterfeit products.” Mahn added, “Our CBP officers will continue to seize counterfeit items that threaten the safety and health of consumers and weaken the U.S. economy.” 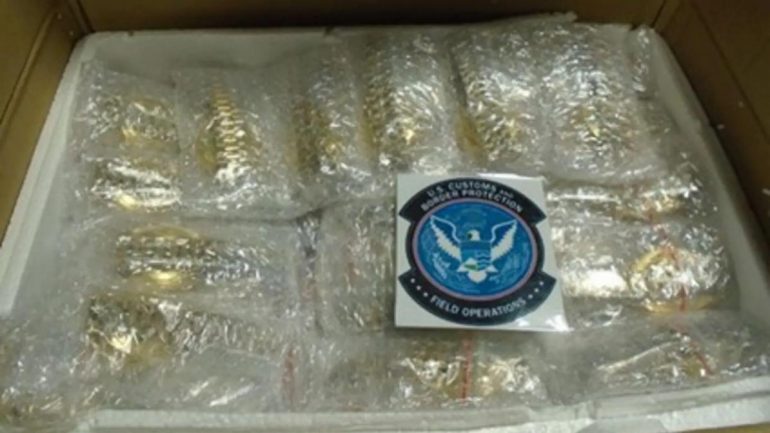 US Customs also seized thousands of fake Yeezys and Dior x Air Jordan 1 sneakers worth $4.3 million in Texas back in August. CBP repeatedly seizes bogus items from all around the world of which watches and jewellery are essentially the most counterfeited items. With shopping season in full swing, it’s imperative for buyers to recognize who they’re shopping from.