With this year’s SIHH have come some stark, sparkling revelations. The Montblanc Collection Villeret 1858 ExoTourbillon Rattrapante in particular! This wristwatch not only has a three-dimensional regulator dial in gold and grand feu enamel but also the German manufacture’s exquisite ExoTourbillon. Lets explore. 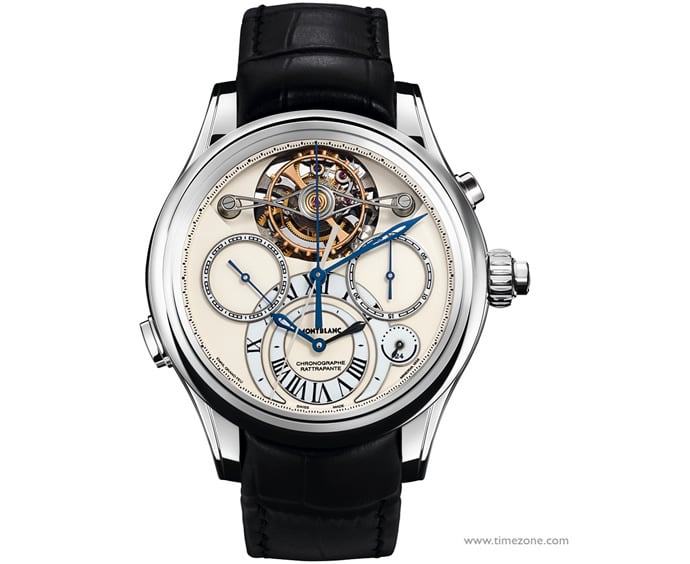 Encased within 18-carat white gold, this is no mere chronograph, but the combination of a split-second chronograph and Montblanc’s patented ExoTourbillon. The former comes with two column-wheels and rattrapante clamps with one spring for both. Positioned one above the other, its two second-hands present a true dance of the grandes complications. While one continually runs whenever the chronograph function is active, the other can be momentarily halted. Thus, resulting in the famous measuring of intermediate times by the rattrapante chronograph without any interruption to the ongoing measurement of a longer elapsing interval. 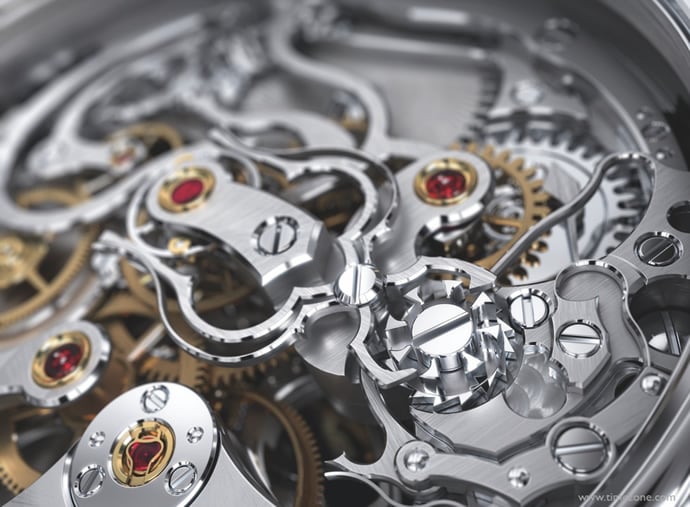 Almost 70% more components are needed to enable split-second chronographs to perform their useful function than a conventional chronograph mechanism. Not to mention, extraordinary mechanical complexity. As for the ExoTourbillon, what is needed is a large balance that oscillates outside the tourbillon’s rotating cage. Enter, smaller rotating cage that has less mass and is freed from the weight of the balance, so less energy is needed to power its rotary motion. In this case, it is the world’s first tourbillon with a rotating cage that is smaller than its balance, which oscillates outside the cage. Hence, the Greek prefix “exo” or “outside” in the timepiece’s name. 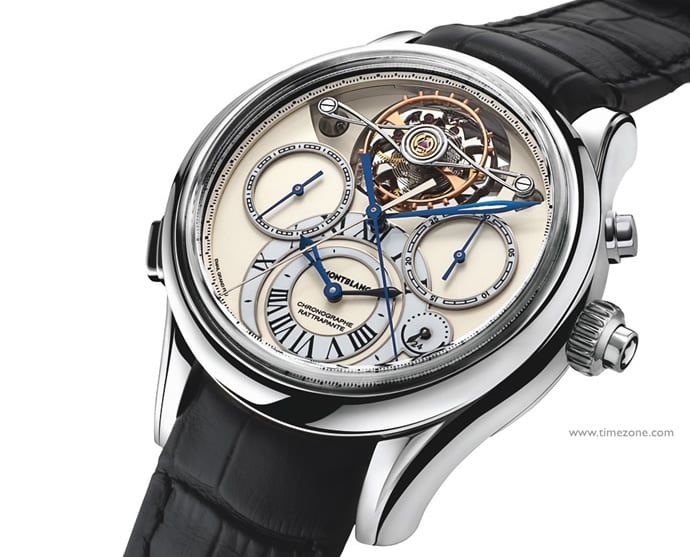 Another exclusive feature of the ExoTourbillon, not visible simply by its name is the slower speed of its rotations. Conventional tourbillons typically complete one rotation per minute. In this case, each rotation requires four minutes. The slower rotational speed in turn requires less energy from the barrel, but produces the same compensating effect as speedier tourbillons. Thanks to this it can compliment a split-second chronograph function. Add to that its Regulator Dial with second time zone and day/night indicator, à la two centuries old long-case regulator clocks. And a dial with an elaborate three-dimensional structure and a multipart construction made of solid gold. And voila! We have a limited edition, 18-piece only $339,000 exemplary ensemble.