Last week, Omega took to the main stage at the Walt Disney Concert Hall in Los Angeles to introduce the most complicated movement the brand has ever made. Secretly developed in partnership with Blancpain, the Co-Axial Master Chronometer Caliber 1932 is touted as the first movement in the world to fuse chronograph and minute repeater functions. The massively complex movement took six years to develop and has 17 patents to its name. The hand-wound co-axial movement has 575 individual components and ticks at 5 Hz, giving its chronograph complication the ability to register a 1/10th of a second resolution, similar to the split-seconds chronographs used by Omega to time the 1932 Olympics in Los Angeles. 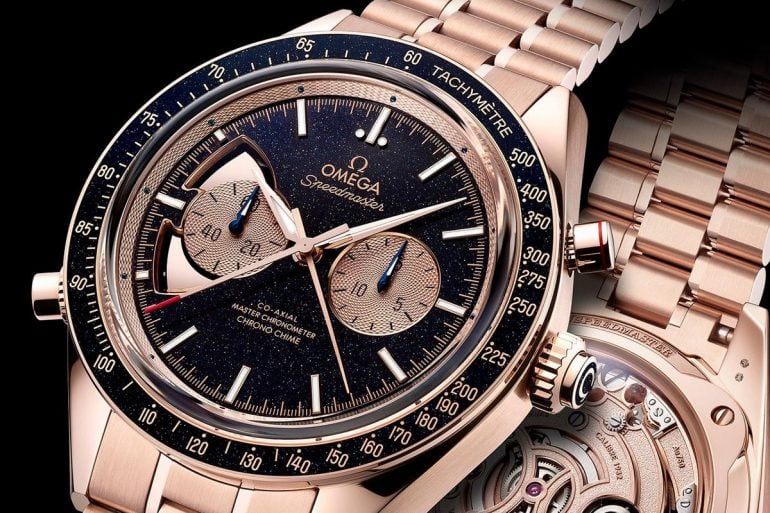 The caliber 1932 is a Master Chronometer with anti-magnetic resistance to 15,000 gauss and Omega had to use 50 non-ferrous components, replacing typical metal parts with silicon and other alternatives. The centerpiece of the movement is the Chrono Chime complication, which can be activated using a button on the case. There are three separate gong sequences: a low gong sounds the minutes, a double-gong sounds 1/6th-minutes, and a high gong sounds the seconds. Apart from its unmatched finishing, the 1932 offers 60 hours of power reserve. 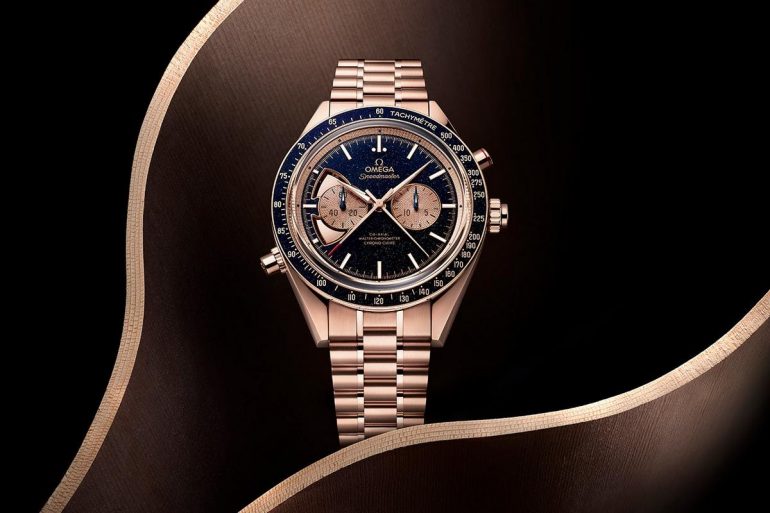 The cutting-edge caliber will power two special edition Omega watches. First of them is the numbered edition Olympic 1932 Chrono Chime, which links the world’s first minute repeater wristwatch produced by Omega in 1892 to the pocket chronographs used to time the Los Angeles 1932 Olympic Games. It features an 18-karat Sedna Gold case and has the aesthetics of an antique pocket watch transformed to take the shape of a wristwatch. The second one is a classic 45 mm Speedmaster Chrono Chime for everyday wear. It features a 45 mm 18-karat Sedna Gold case adapted to the shape of the second-generation CK-2998 Speedmaster. The pricing of the two special edition watches have not been revealed yet but Omega has suggested that they’ll be close to $450,000. 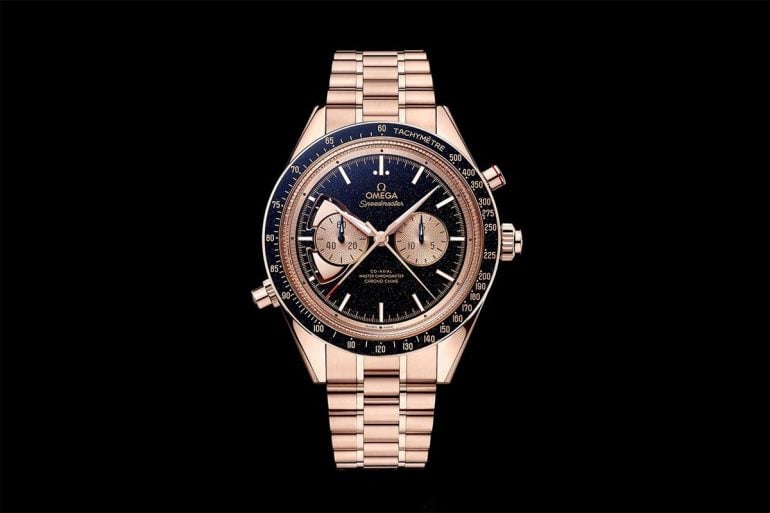