Swiss master watchmaker Patek Philippe’s ‘The Art Of Watches Grand Exhibition’ in New York saw the launch of some very, very special timepieces; but amongst them is watch that boasts some rare qualities you don’t even see on the most luxurious and expensive watches. The Patek Philippe Ref. 5531R World Time Minute Repeater New York 2017 Special Edition watch is an amazing new grand complication that melodiously chimes the time for any location in the world – a world first. Such a unique minute repeater involved significant changes to Patek Philippe’s traditional watchmaking process. 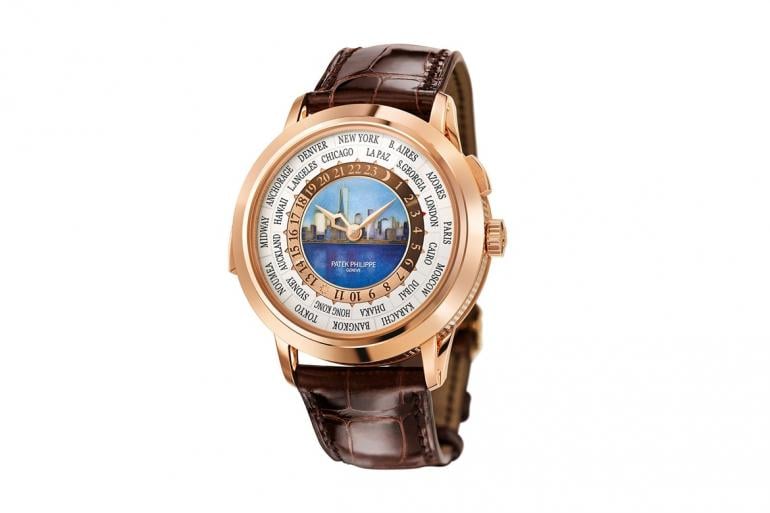 Patek Philippe Ref. 5531 World Time Minute Repeater for the first time brings the rare combination of minute repeater and world time complications together under one Patek Philippe case. The watches that have combined the two, there hasn’t been any functional mechanical connection between the repeater and the world time complication. In the 5531R, the repeater will chime the local time, wherever in the world the wearer happens to be. If for instance, your home city is New York but you have changed the reference city to Paris, the 5531R will chime Paris rather than New York time. Introduced in two versions, each in a series of just five pieces, the all-new grand complication watch retails for $561,341