It was in 2010 when Richard Mille announced its partnership with tennis superstar Rafael Nadal along with introducing its signature RM 027 watch. The horological masterpiece was the first of its kind that was engineered to endure the incredible forces on the wrist of Rafa while he competed at different championships. The Swiss luxury watchmaker has now revealed a new timepiece to mark the 10th anniversary of the incredible RM 027 and its association with Rafael Nadal. The celebratory piece called RM 27-04 is the fifth-generation model of the RM 027 and takes horological engineering to the next level. Richard Mille is known for making ultra-light sports watches, but the RM 27-04 tips the scale at just 30 grams! The cable-suspended, manually-wound tourbillon movement weighs just 3.4 grams, which is simply unbelievable. 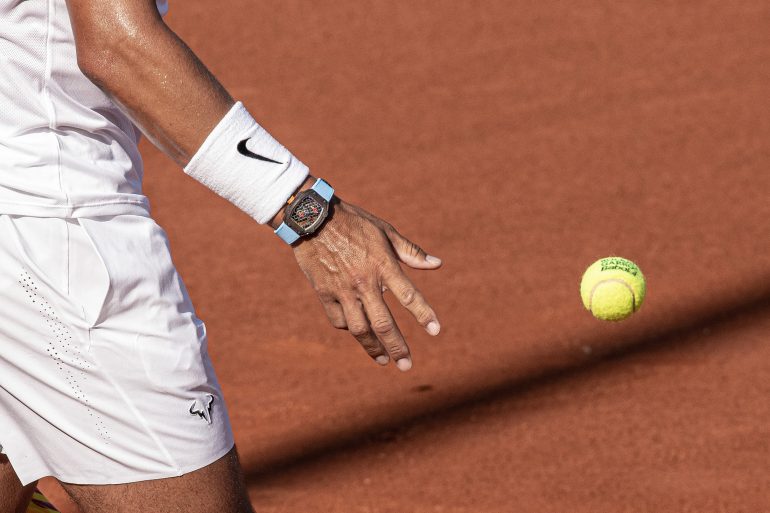 The skeletonized tonneau-shaped case is made of TitaCarb – a material that is reinforced with 38.5% carbon fiber to make it extremely durable while being as light as possible. The case gets a sandblasted finish and features the name ‘RAFA’ etched on the left side. The watch gets a tennis racquet-inspired dial in which the movement is suspended in a lattice created by an 0.27mm diameter steel cable. According to Richard Mille, the watch’s caliber RM27-04 can resist accelerations of more than 12,000 Gs – a new record for the Swiss watchmaker. The tourbillon-equipped, manually-wound movement has 19 jewels and a 38-hour power reserve. The unique weave of the dial is maintained by a pair of PVD-treated 5N gold tensioners. “After 10 years of partnership, and having spent time with Richard’s teams, I’m still fascinated by the talent, passion, and unrelenting quest for excellence that are the hallmarks of the brand,” said Nadal in a statement. “Only a few people in the world are capable of achieving such a level of technical prowess.” Only 50 examples will be made with each of them priced at $1,050,000. 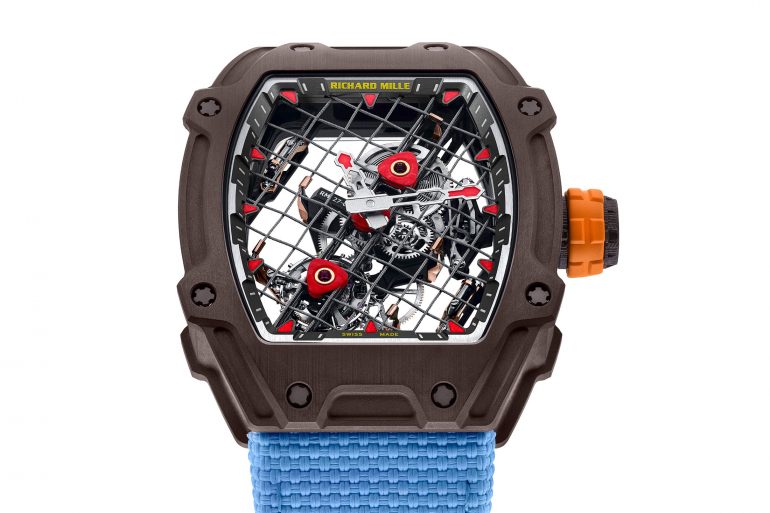 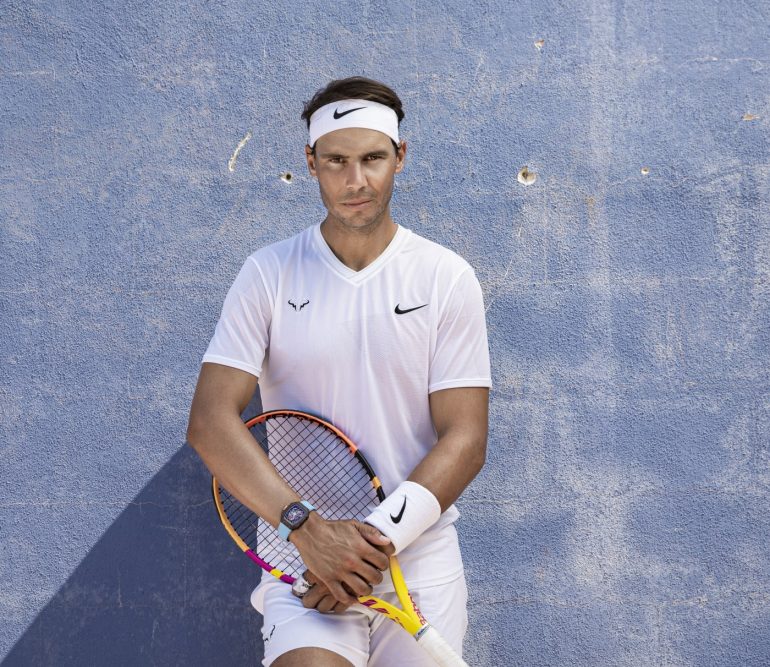 Tags from the story
Richard-Mille, Tourbillon