This year, Swiss Luxury watchmaker Roger Dubuis announced its partnership with two iconic Italian brands – Lamborghini and Pirelli. Only a few months back, two watches inspired by the Aventador S supercar were spawned out of the partnership with Lamborghini, while a trio of limited edition Pirelli watches in red, blue and yellow were introduced earlier this year. Ahead of the upcoming 2018 SIHH, the Geneva-based brand has revealed new interpretations of the Excalibur Aventador S and Excalibur Spider Pirelli – Automatic Skeleton watches. Starting with the Roger Dubuis Excalibur Spider Pirelli Automatic Skeleton, the newest addition to the collection comes with white accents which beautifully contrasts the 48mm black DLC titanium case. This watch will also be limited to 88 examples like the other three editions. 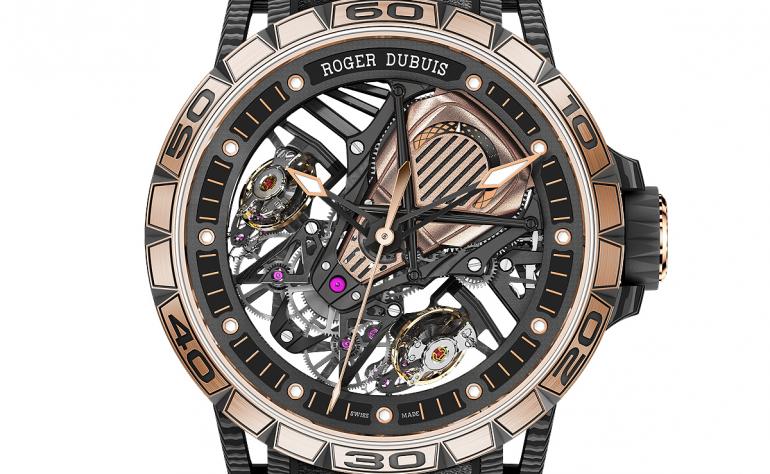 For the Excalibur Aventador S watch, Roger Dubuis has introduced a new 28-piece edition which features the same 45mm case with the combination of layered carbon, black rubber, and black DLC titanium, but the bezel is fluted pink gold with black markings. Named after Lamborghini’s flagship high-performance roadster, the Excalibur Aventador S Pink Gold also features the same color accent on the hands, the markers, and the cover plate of the barrel. And like the previous timepieces from the Lamborghini series, it is outfitted with a highly skeletonized movement that takes design cues from an Aventador S engine. There is no word on the prices as of yet and is expected to be announced at SIHH. 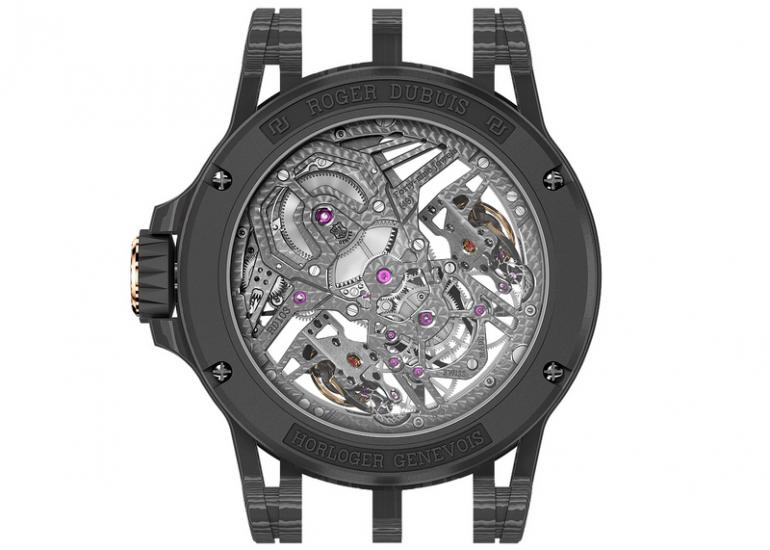 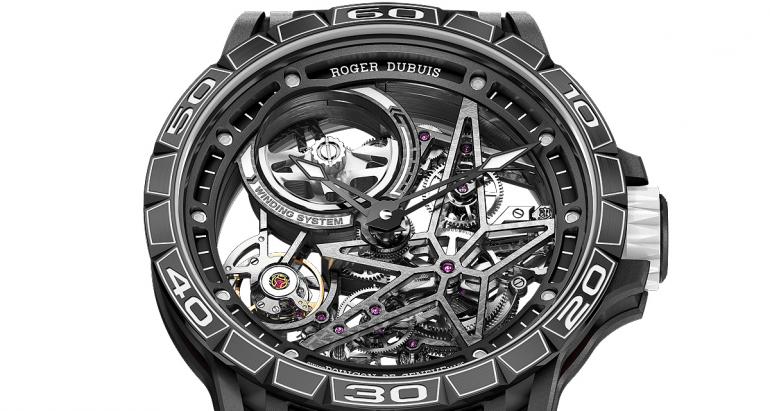 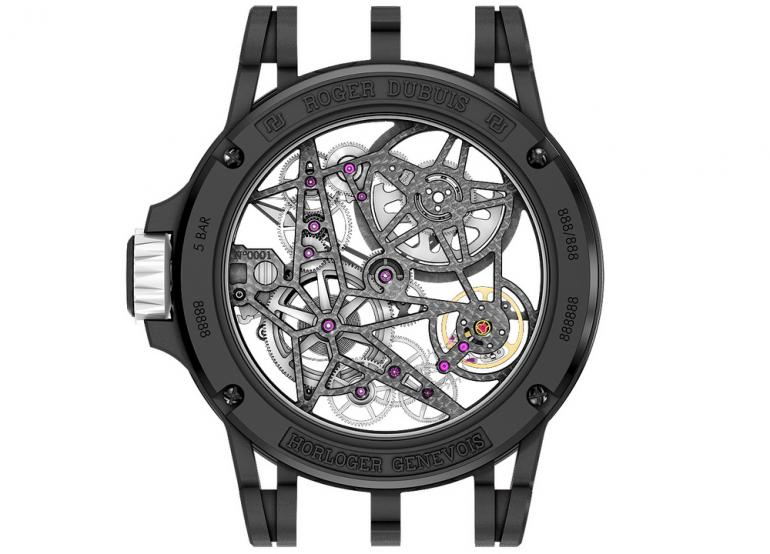