It was in 1962 when the first Autavia timepiece was launched under the leadership of Jack Heuer, spawning one of the most important line-ups for Tag Heuer. This year marks the 60th anniversary of the Autavia collection and the Swiss watchmaker has released three new references to celebrate the momentous occasion. The name Autavia is an amalgamation of automobiles and aviation, both of which have been considered as important pillars for Tag Heuer. While Autavia timepieces originated in the 1930s with dashboard timers for cars and aircraft, their growing popularity made the watchmaker build wristwatch versions. The three new watches pay tribute to the collection’s origins. 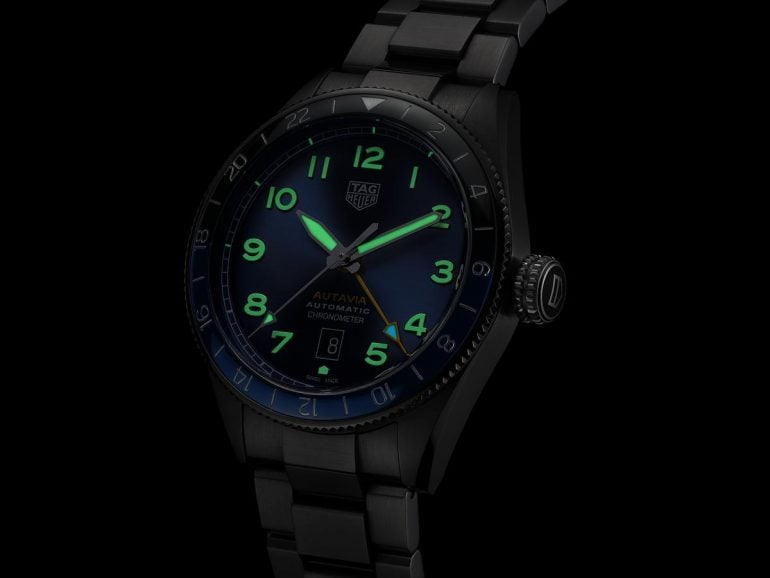 The 60th anniversary Autavia watches include a pair of flyback chronographs, which mark the return of a chronograph movement in the Autavia case. The pair of watches are powered by the newly developed Calibre Heuer 02 COSC Flyback manufacture movement. One of the two chronograph models features a silver dial and polished stainless-steel case that are contrasted with black counters for the chronograph indications. The combination of silver and black is a nod to the coveted panda dials that were produced for the Autavia in extremely limited quantities in the 1960s. 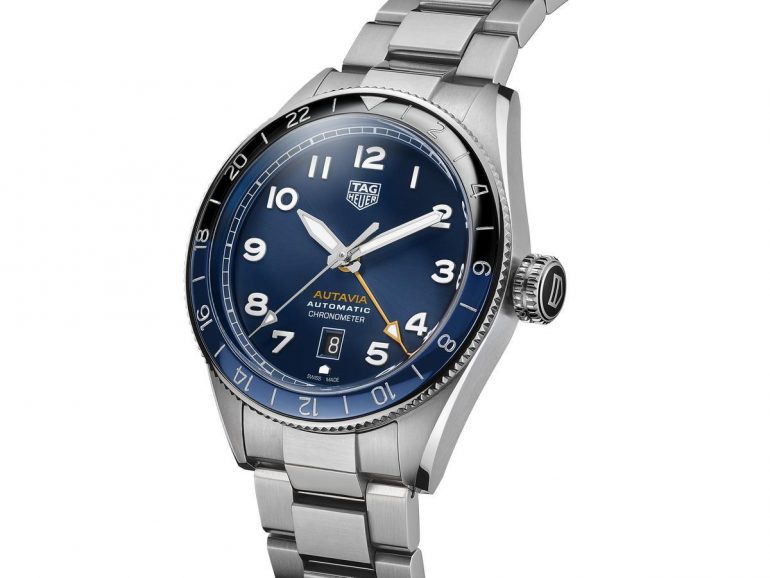 The second 60th-anniversary flyback chronograph is inspired by past military watches from Heuer and gets a backed-out look. It features a black DLC-coated stainless steel case that’s augmented with an entirely black dial. Both references come with a bidirectional rotating bezel with a 60-minute scale and a black ceramic insert and oversized applied Arabic numerals coated with Super-LumiNova. The new Autavia Flyback Chronograph watches can be had with a stainless steel bracelet or black alligator leather strap closed by a steel pin buckle. The silver edition is priced at EUR 5,950 (roughly $6800), while the blacked-out version can be yours for EUR 6,600 (about $7500). 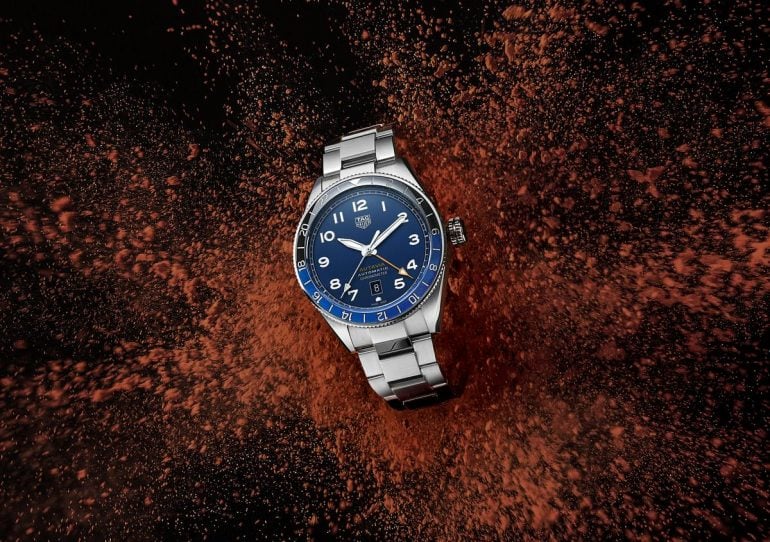 The other model to be a part of the 60th anniversary Autavia watches is a traditional 42mm three-hander with a GMT function. In fact, it’s the first-ever three-hand GMT to become a part of the Autavia collection. Fitted with the Calibre 7 COSC GMT movement, the wristwatch gets a case made of brushed and polished stainless steel and a two-tone, black and blue bidirectional bezel with a 24h scale. The dial features a sunray-brushed dark blue finish which is complemented with an orange GMT hand and large applied Arabic numerals and hands filled with Super-LumiNova. The watch is paired with a 3-link brushed and polished steel bracelet closed by a double-push button deployent clasp. The TAG Heuer Autavia 60th Anniversary GMT 3 Hands is priced at EUR 4,000 (roughly $4570). 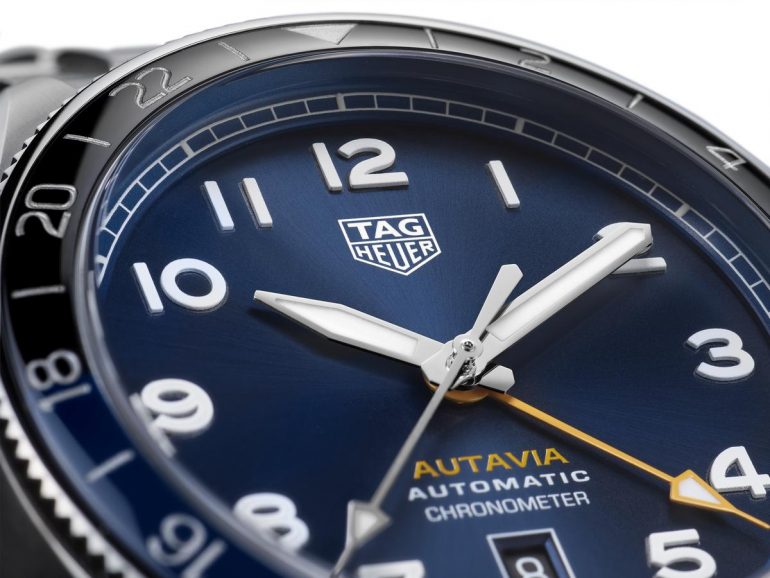 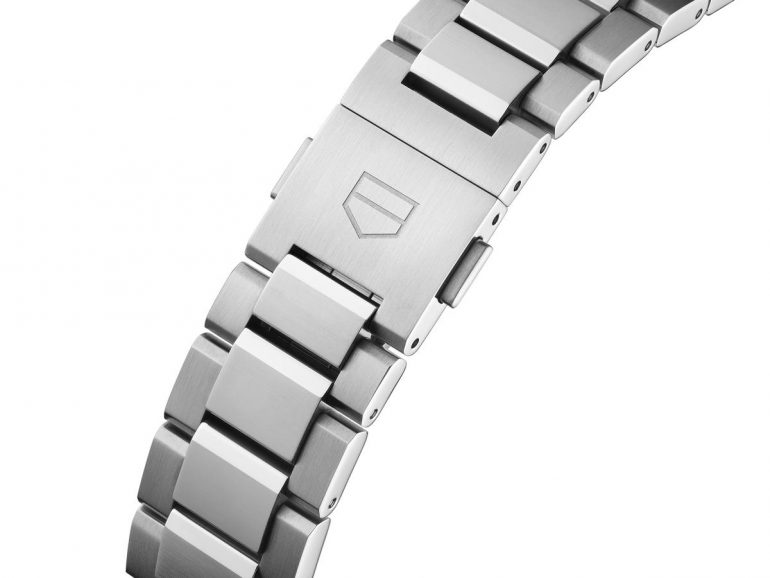 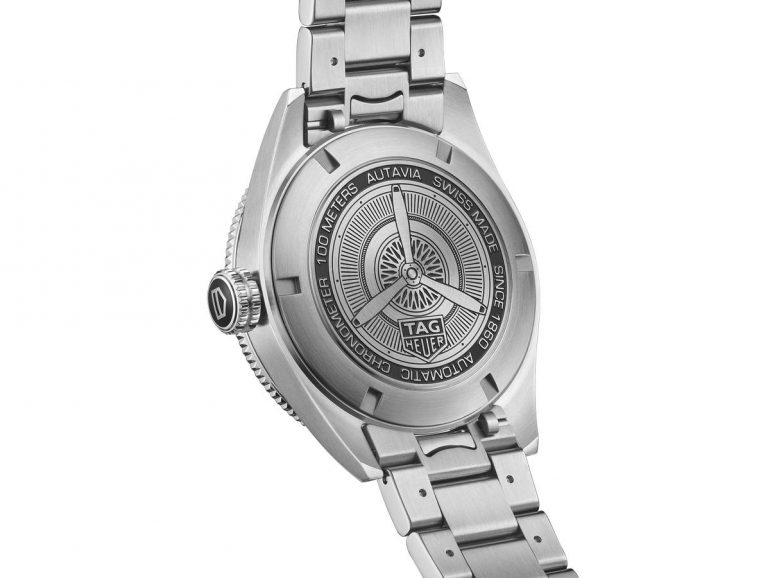 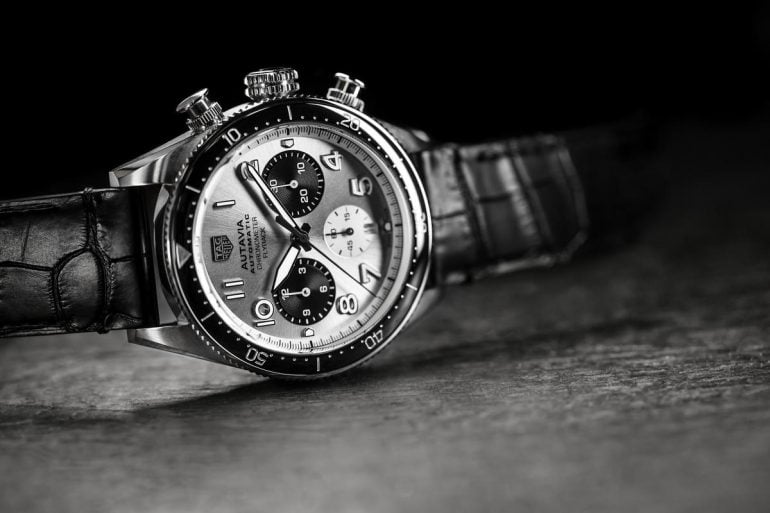 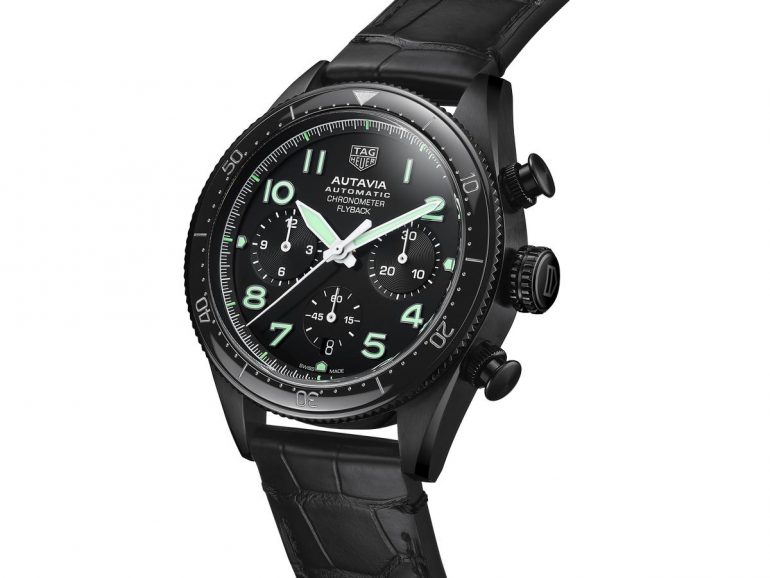 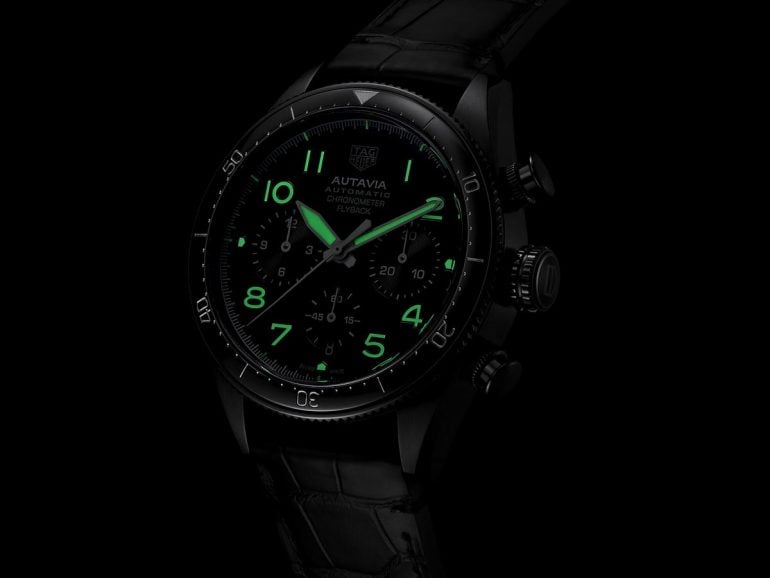 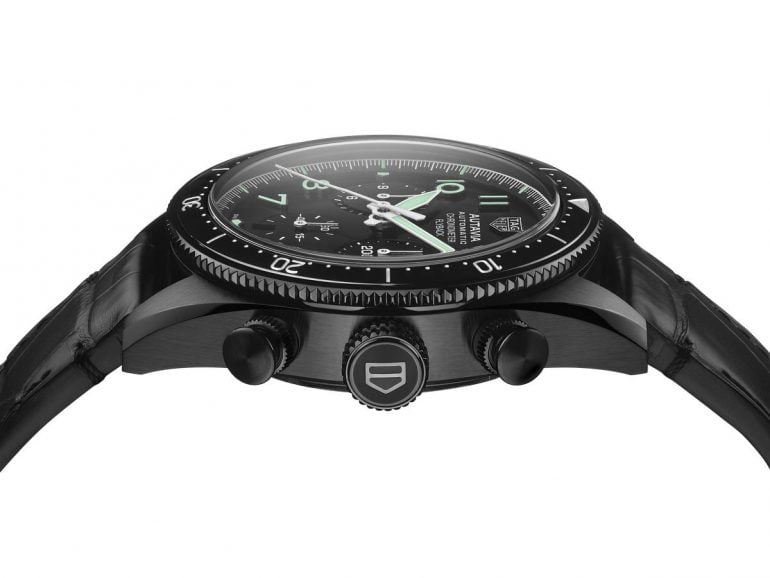 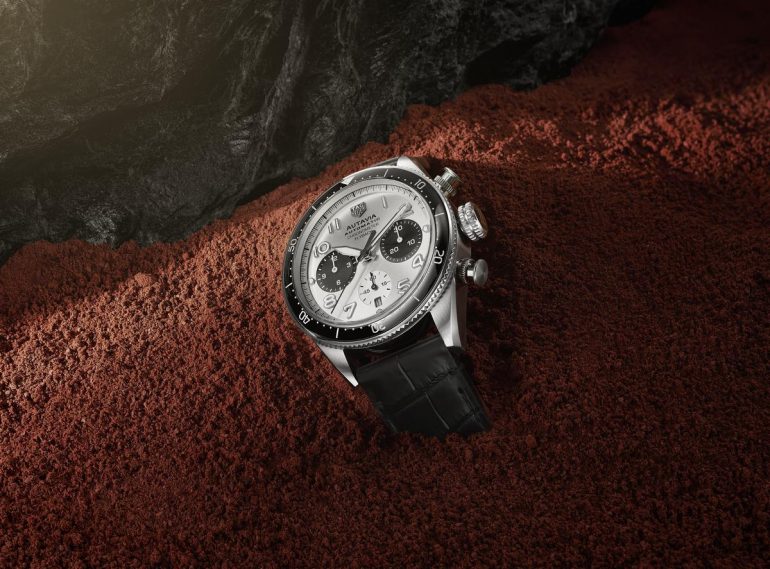 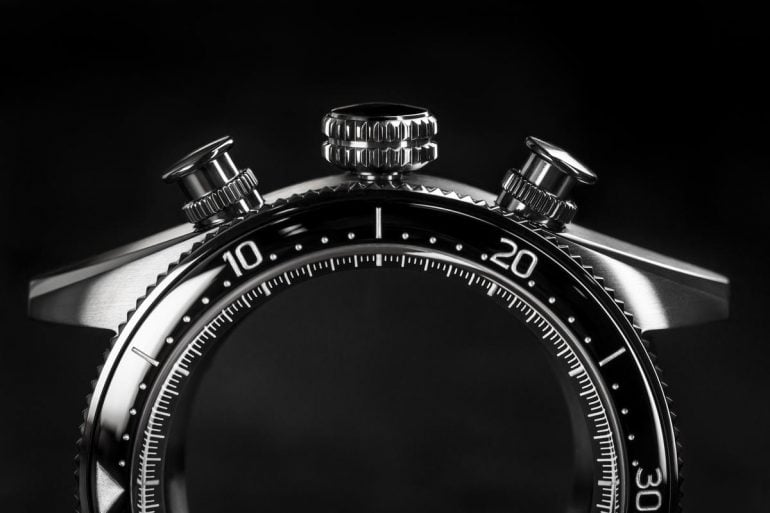 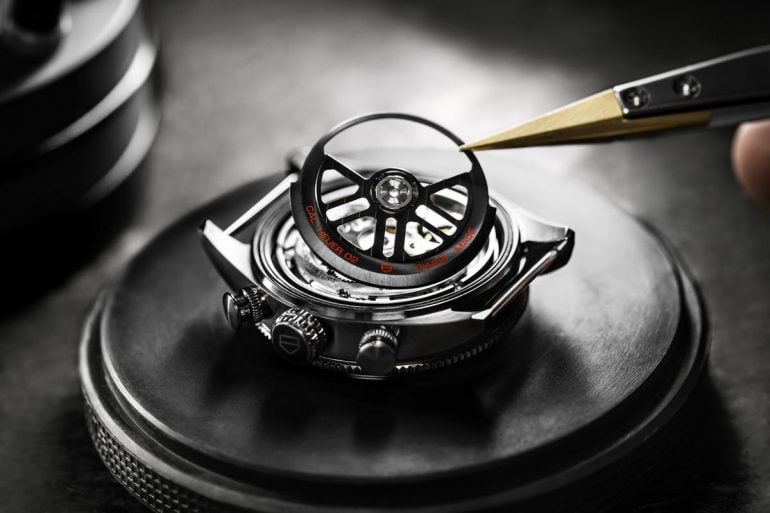 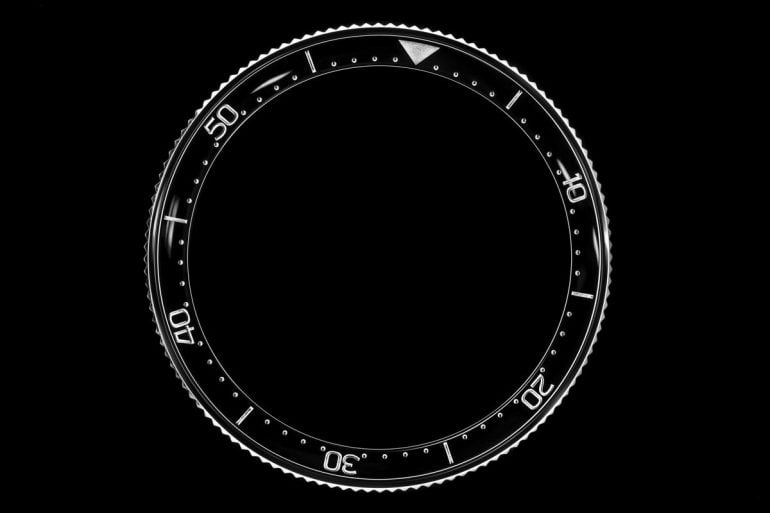 Tags from the story
Chronographs, TAG-Heuer