Watchmaker Vacheron Constantin has kicked-off 2022 by introducing its newest one-of-a-kind timepiece called the Les Cabinotiers Grande Complication Bacchus. It has become an annual affair for the Geneva brand’s Les Cabinotiers department to create bespoke watches and the new Bacchus timepiece is a part of it. As expected, the latest single-piece watch is one of the finest examples of the watchmaker’s expertise in grand complication watches with its mastery of artistic crafts. The double-sided watch comprises of a whopping 16 complications, thanks to the cal. 2755 GC16 that’s made up of over 800 parts. Housing the incredibly complex movement is an equally beautiful 18K 5N gold case that’s decorated with exquisite hand engraving and gem-setting befitting a one-off creation.

The Les Cabinotiers Grande Complication Bacchus closely resembles another one-off creation by Vacheron Constantin – the Les Cabinotiers Grand Complication Phoenix. The unique creation was introduced at the SIHH 2019 and packed 15 complications. What differentiates the Bacchus is its case decoration which is a tribute to the Roman god of vines and wine and choice of colors for the dials. A grapevine motif in relief can be found on both sides of the case that measures 47 mm in diameter and 19.1 mm high. The most elaborate hand-engraving can be found on case flanks, which are decorated with 113 ruby grapes set in gold foliage. The case decoration alone took some 300 hours to complete. 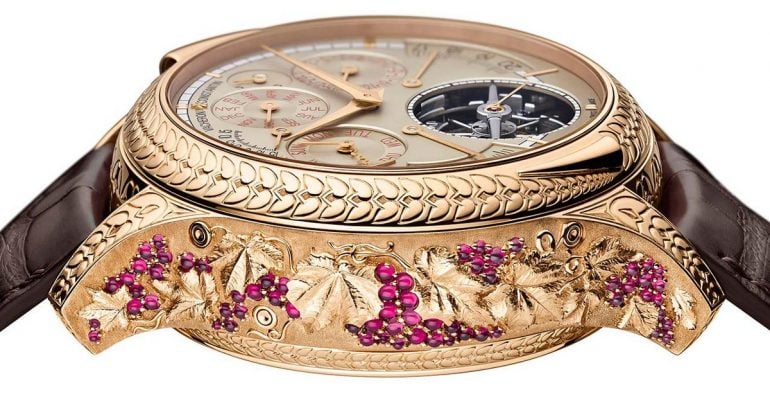 Housed inside the massive case is the cal. 2755, which can trace its origins to the calibre developed for the Tour de l’Ile – a mega-complication that was created for the watchmaker’s 250th anniversary in 2005. It packs a total of 16 complications, which includes a perpetual calendar, equation of time, minute repeater, and a star chart. Despite the long list of complications, the hand-wound movement offers a power reserve of 58 hours. The watch is paired with an Alligator strap with a hand-engraved folding buckle. Since the Les Cabinotiers Grande Complication Bacchus is a one-off, Vacheron Constantin has not revealed its pricing or if it’s still for sale or not. 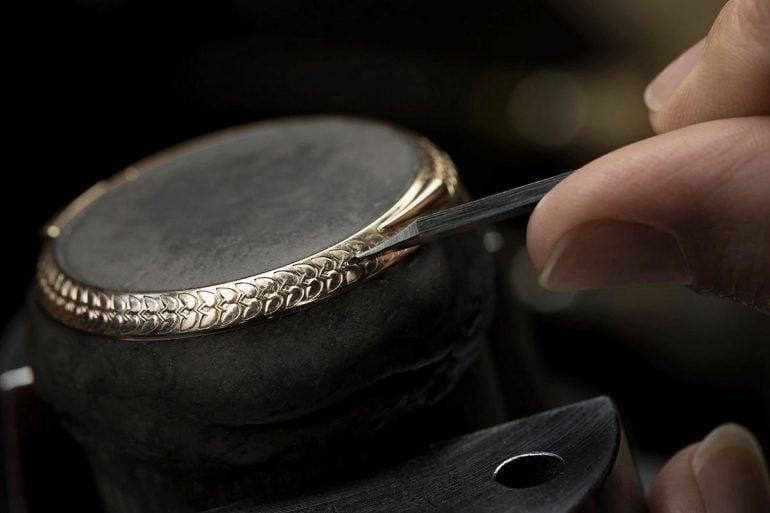 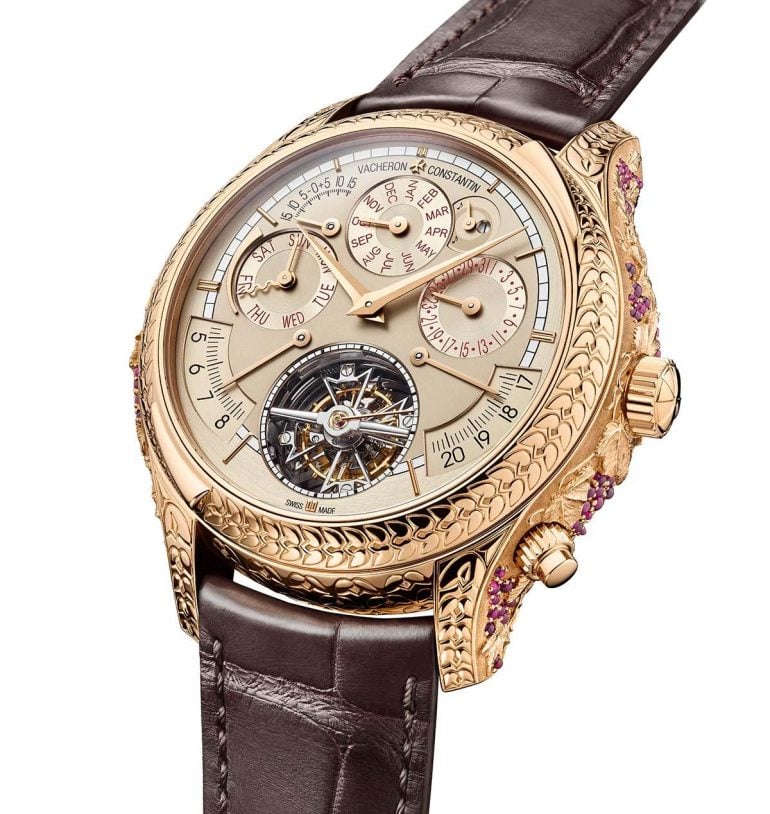 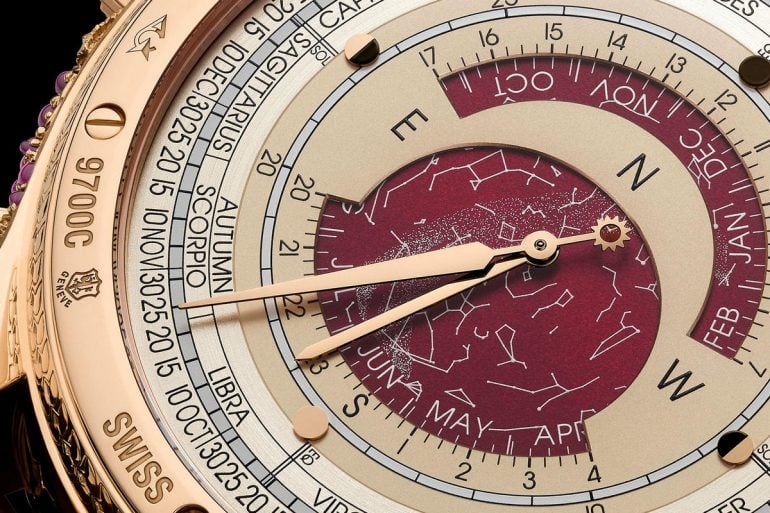 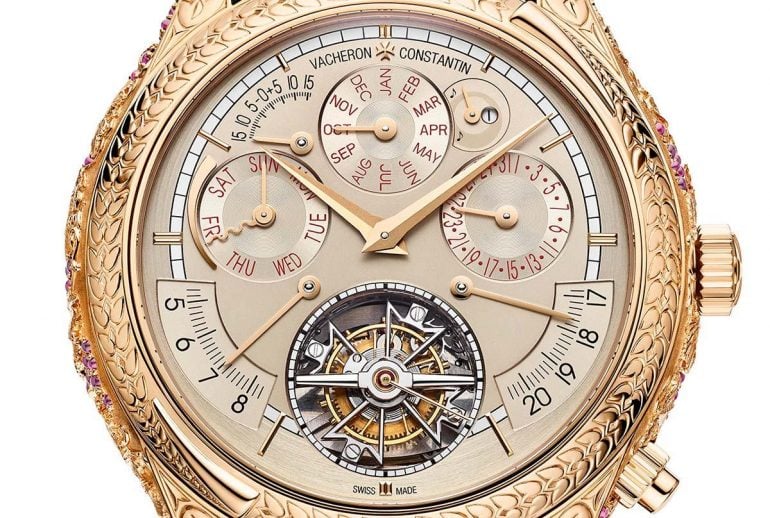 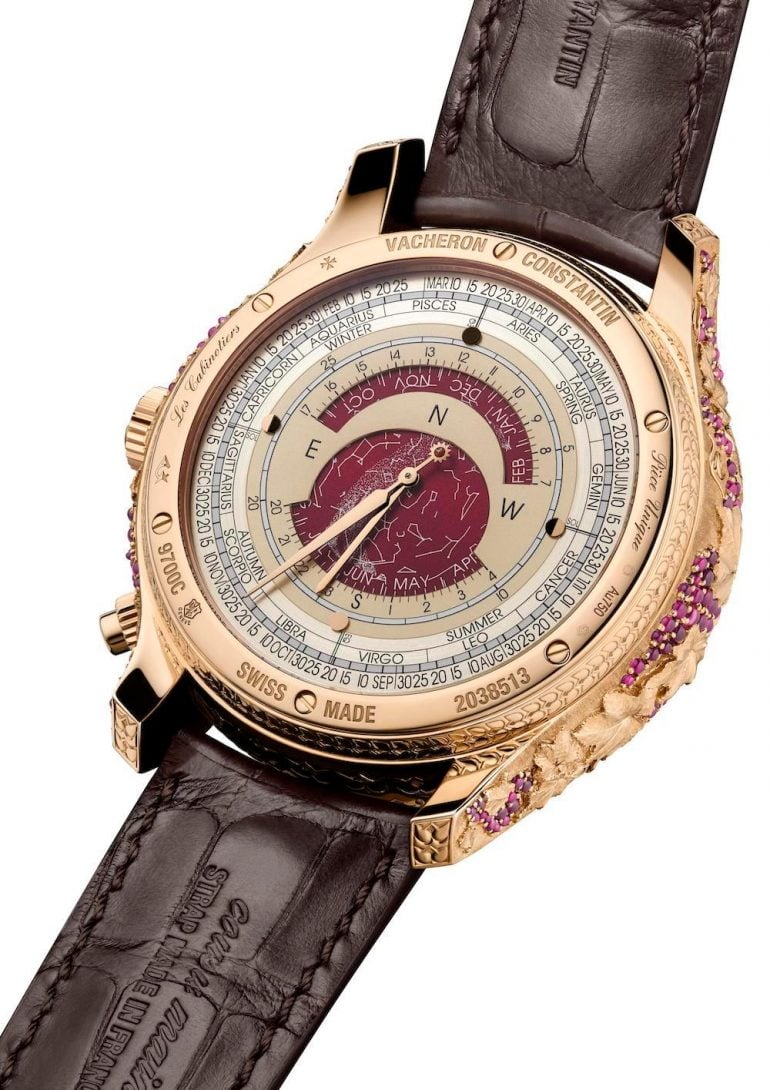 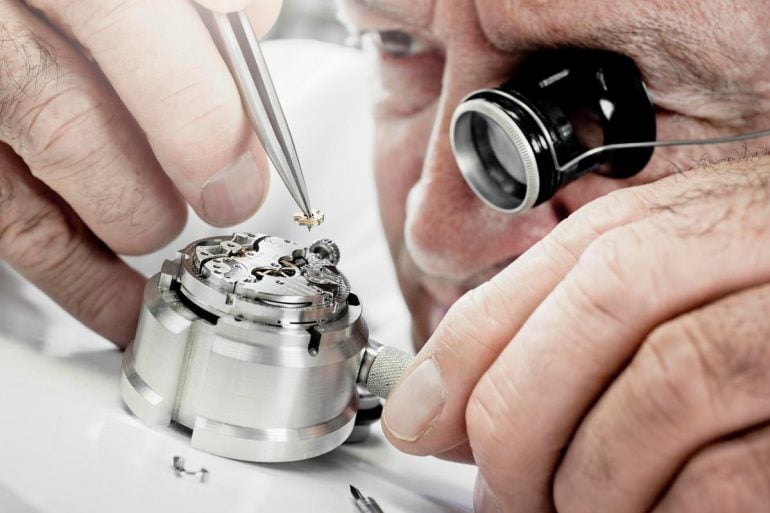