Jacob & Co is known for its ultra-exclusive timepiece costing staggering amounts. Whether it is a limited edition timepiece made from genuine rock from the Himalayas or a Billionaire Watch that costs $7 million and dazzles with 189 carats of astounding Ashoka diamonds Jacob & Co manages it all with ease. They are experts in extravagance as has been witnessed over time and they make the point yet again with Mystery Tourbillon Arlequino Timepiece. This 50mm gorgeousness holds more than 1000 precious stones, making it incredibly difficult to tell the time but no one is complaining. “The Mystery” timepiece that holds together this mix of stones in a White Gold setting is accompanied by a band that is also adorned in jewels. Hoping the wearer has a sharp eye to spot the one 8.18ct pointer diamond that tells you the hour and another 9.5ct one that denotes the minutes. “The Mystery” Tourbillon Arlequino also boasts two centrally mounted triple-axis tourbillons, mounting individual 60-second tourbillon escapements to either side of a plate and mounting that inside two concentrically fitted two-minute tourbillon cages. 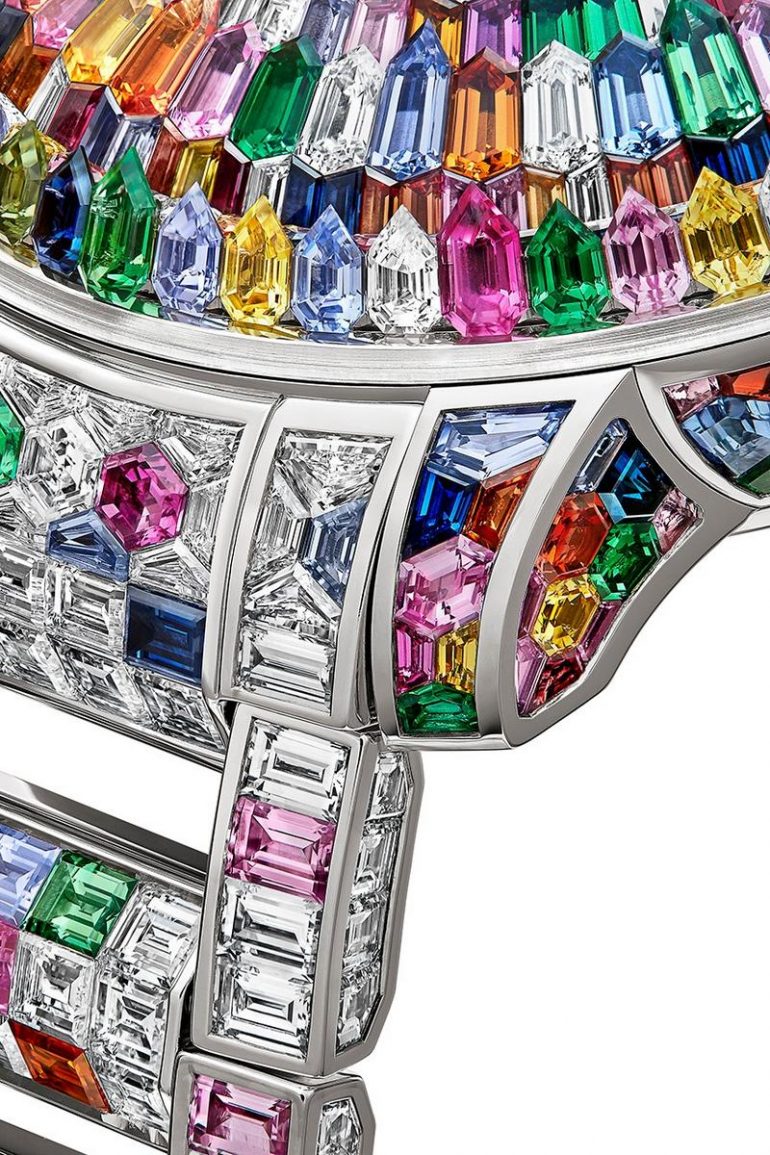 With 38ct of diamonds and 46ct of multi-colored Arlequino sapphires, the watch is a one-off piece that can be yours for a whopping $1.8m. 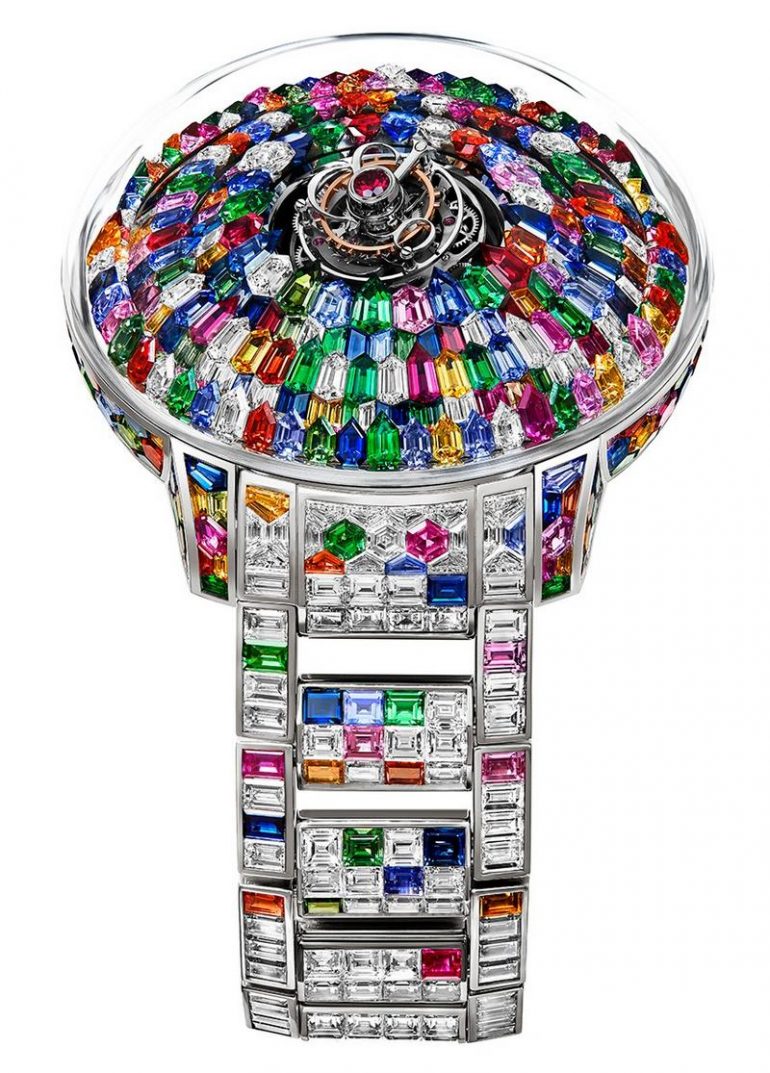 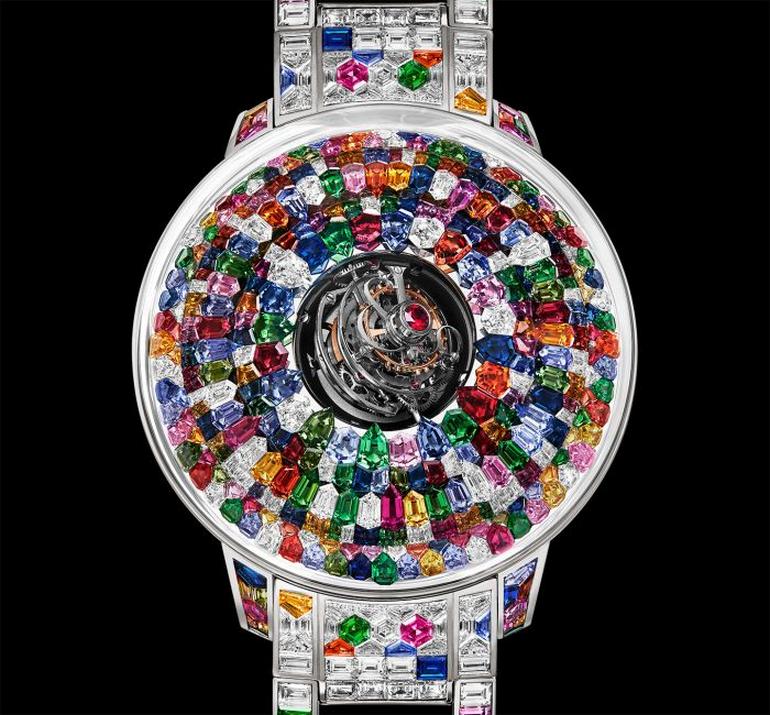