If you’re a coin collector, you know the thrill of landing a rare currency piece. And in catering to it, a copper that was struck by the U.S. Mint in Philadelphia in 1794 and was a prototype for the fledgling nation’s money was recently auctioned off for a grand $840,000. Yes, that’s right! 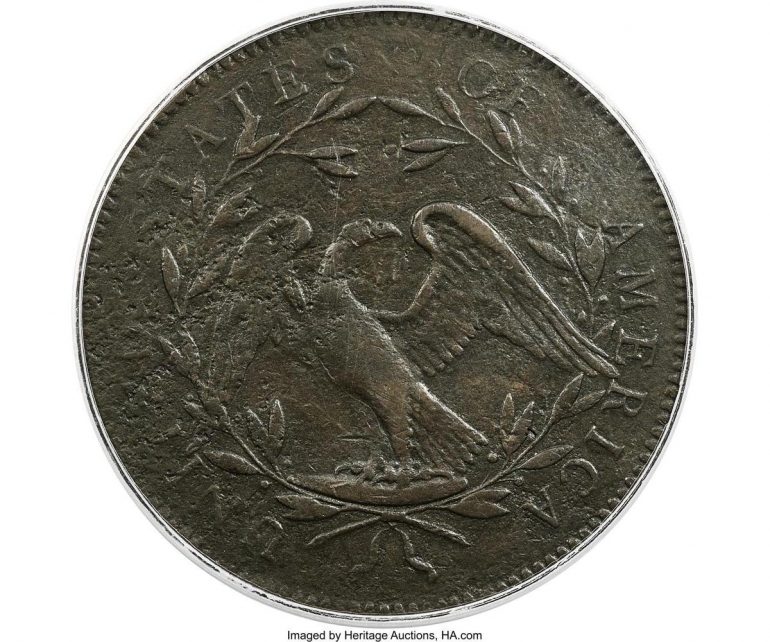 Sold by Heritage auctions, the “No Stars Flowing Hair Dollar” as it is called opened at $312,000 when it was put up for sale on Friday, April 23, 20201. However, it was quick to catch the fancy of buyers and reached its final auction price of $840,000 within no time.

The coin was formerly owned by businessman and Texas Rangers co-chairman Bob Simpson. It bears semblance to silver dollars that were later minted in Philadelphia and comes sans the stars that are typically seen on dollar coins.

It is said that starless coins, in fact, have high weightage and are considered by connoisseurs as ‘one-of-a-kind prototypes for the silver examples that would follow.’ As for the “No Stars Flowing Hair Dollar,” it features the portrait of Liberty and the date 1794 on the front and a small eagle on a rock on the reverse side. It bears certain scratches and marks and is said to have traded hands eight times.

As per coin collecting lore, the unique rarity was excavated ‘from the site of the first Philadelphia Mint before 1876’. It made its first auction appearance in 1890 and was purchased by Simpson in 2008. Well, lucky is the one who now owns it!

Tags from the story
Coins