While hated, Adolf Hitler was a historically significant man. To date, anything associated with him, be it personal items, signed letters and even toilet keys, get a lot of attention. Recently, a gold watch belonging to the Nazi leader leader surfaced at an auction for a whopping $4 million. The gold Andreas Huber reversible wristwatch was looted from Hitler’s mountain hideout by a French soldier called Sgt Robert Mignot during the closing weeks of the Second World War. The striking piece manufactured by Swiss luxury watchmaker LeCoultre was a very detailed creation featuring the Nazi leader’s initials, the Swastika, and the regime’s eagle. 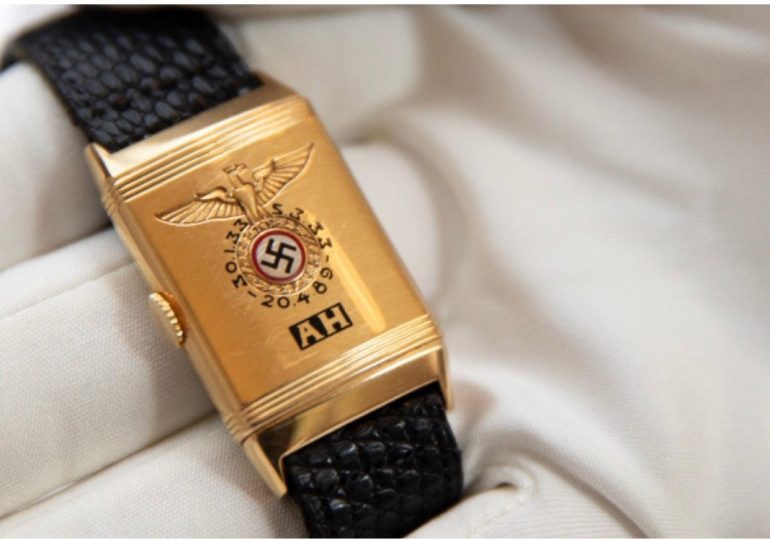 The timepiece furthermore bears inscriptions of three dates of importance to the dictator. The inscribed dates signify Hitler’s birthday, the date he was appointed chancellor of Germany, and the date of the Nazi party’s 1933 election victory. Bill Panagopulos, president of Alexander Historical Auctions, contemplates the watch was perhaps a gift to the Austrian-born German politician by the Nazi party to commemorate his achievement. He stated, ‘We aren’t offering this in homage to the worst man who ever lived. It is instead an incredibly rare historic relic, deeply evocative of one of the darkest periods in world history and thus especially important,’ shared Metro.


It is not uncommon to witness the sale of Hitler’s belongings like stationary, clothing, and furniture. But something so personal and of great value has never surfaced at an auction before. 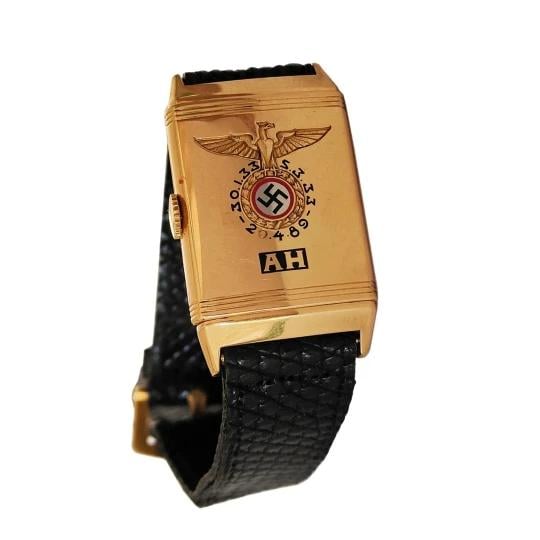 Tags from the story
Adolf-Hitler