For those who haven’t tread on the finer details of Apple Inc.’s founding and the beginning of one of the most successful electronics firms in history, the company officially came into being on the 1st of April 1976, with a contract signed between founding members, the late Steve Jobs, Ronald Wayne, and Steve Wozniak. The three-page contract signed has surfaced recently and will soon be auctioned by Sothe in the Big Apple. Estimated to fetch a price of about $100,000 to $150,000, the package also includes papers documenting Ronald Wayne’s withdrawal as a partner shortly later on the 12th of April. These documents were sold by Wayne himself to a manuscript dealer and were then sold to yet another party in the 90s, who is now placing it all on sale.
Update – The three-page contract that established Apple Computer Co. fetched $1.59 million which is very close to its estimated value at Sotheby’s in New York.
[Read more] 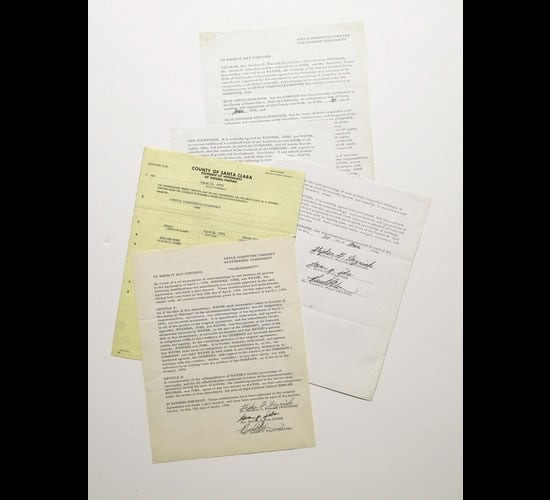 Tags from the story
Apple, Steve-Jobs