If you thought new Apple devices were expensive then you’ll get a kick out this – an Apple Watch, not the new smartwatch, but rather a 20 year old analog, absolutely plain, wind up type of wrist watch is priced at a whopping $2,499.99 on eBay. 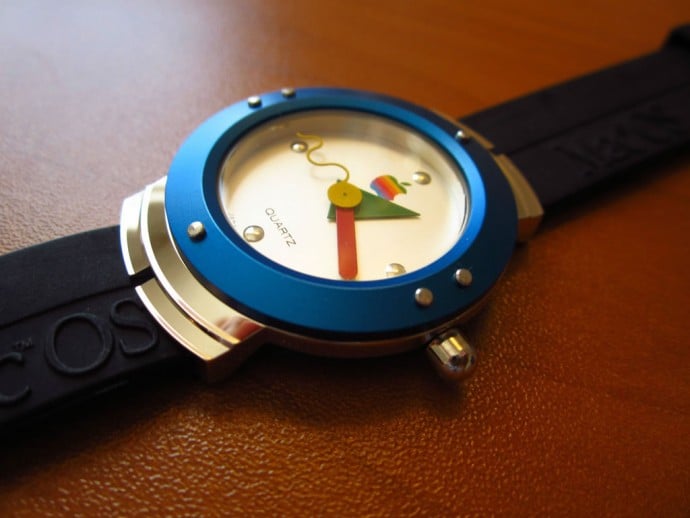 According to the post on the eCommerce site, there are two pieces available of this “must-have” (for Apple fans at least) watch. The story behind the watch is that these were apparently promotional giveaways for Mac OS, perhaps when it was first launched or announced, and has been “preserved from the 1990’s”according to the site. Considered to be a “collector’s item” of the “rare” variety, this simple timepiece is, according to the seller – “Brand new with plastic seal on back..!!!” and the battery has been replaced and the watch was tested to be sure. 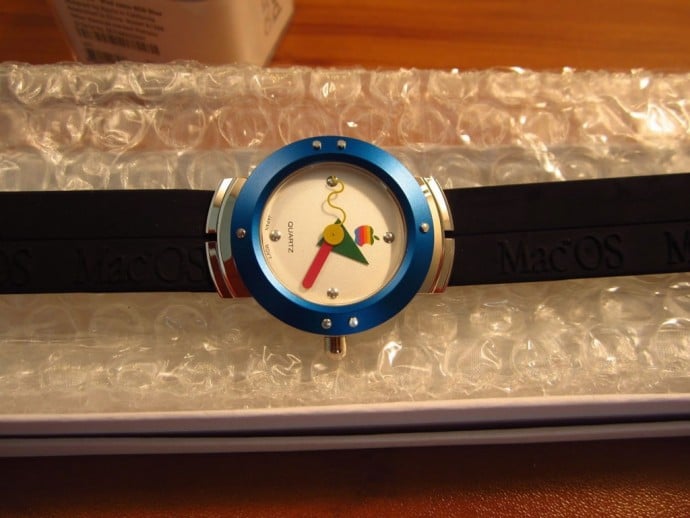 Calculated, this Apple ‘Collector’s Item’ will cost you as much as buying seven of Apple’s new and far more technologically advanced devices (base, Sport edition) that are due for release very soon (April 24). I’ll admit, it’s ingenious to have this up for sale at this time seeing as the world is currently in a frenzy for the Apple Watch and hardcore apple fans would undoubtedly be quite interested in some sort of memorabilia from the company, even at these prices. Steve Jobs’ year book was on sale on eBay for a price of $12,999 and a vintage video game was selling for a cool $100,000. So if collector’s are willing to spend that much on items, especially if it’s from a company like Apple, I’m sure the seller has calculated his costs perfectly, though personally, I think he could have got a lot more. 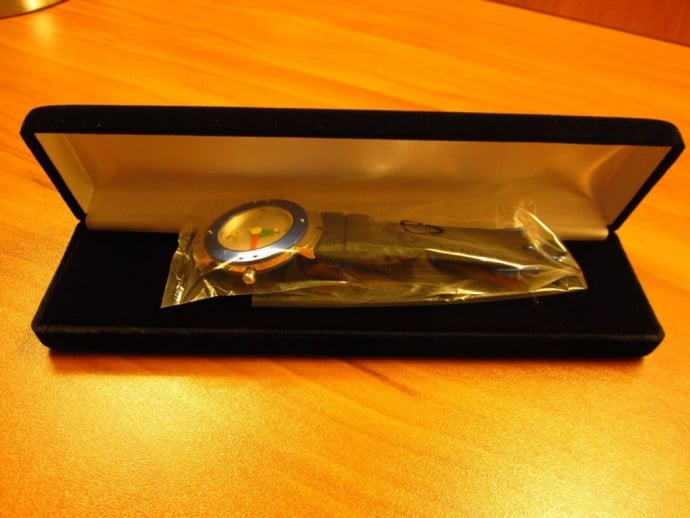 That being said, while the price of the “original” analog Apple watch is listed at $2,500, shipping charges to some parts of the globe go up to around $60 with an import fee of around $690 depending on your location, bringing the grand total up to about $3,250. Shipping within the US is free and to the UK works out to about $40. However, the same watch seems to be listed at less than $1500 by other sellers on eBay. In fact one seller has it listed for a mere $202.50. So if you’re aiming to get a Vintage Apple Watch, you best hurry.

Tags from the story
Apple, eBay