None of us reading or writing this has ever seen Napoleon Bonaparte, but even a silhouette of his coat and his bicornes make it easy to identify him. The bicorne hat was an extension of Napoleon’s persona, an integral part of his uniform. It was known, Napoleon’s favorite hat was a black felt bicorne – a two cornered hat, as opposed to a tricorne. Sotheby’s has sold one such similar bicorne hat that once belonged to Napoléon Bonaparte for $1.4 million. Not only is it verified to be the great Napoleon’s possession, but it is also known precisely when the sovereign wore it.

#AuctionUpdate: Napoleon’s iconic bicorne hat just sold for more than €1 million in Paris. The special hat is thought to have traveled with Napoleon throughout his triumphant campaign of 1807 and was worn at the time of the Treaty of Tilsit. https://t.co/rIoPAuOhbF @sothebysfr pic.twitter.com/gugsCtOXTS


It is believed to have been worn by the first French emperor on July 7, 1807, during a meeting with Russia’s Alexander I to sign the Treaty of Tilsit, making it a historically significant object. Napoleon owned nearly 120 bicorne hats during his reign, and museums and public collections mostly hold the few that remain. The black bicorne that went under the hammer for a whopping $1.4million was initially estimated to sell anywhere between $587,000-822,000. 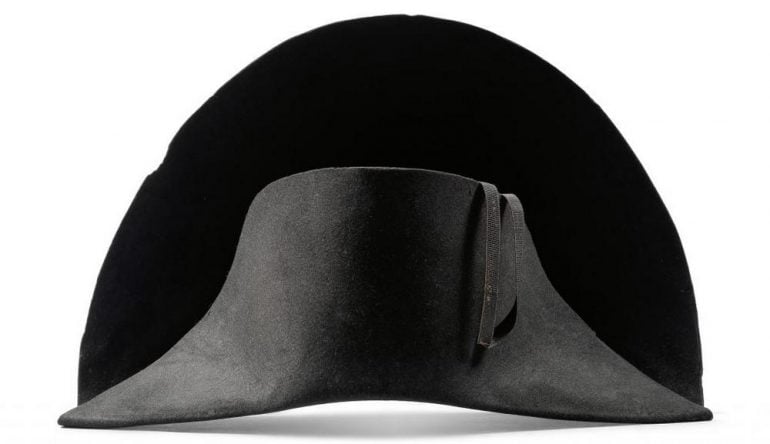 Sir Michael Shaw-Stewart purchased this particular bicorne in August 1814. After owning this valuable asset for 200 years, the Shaw-Stewart family then sold it at Christie’s for $595,210. Earlier this year, Osenat auctioned 360 objects on the occasion of his 200th anniversary. 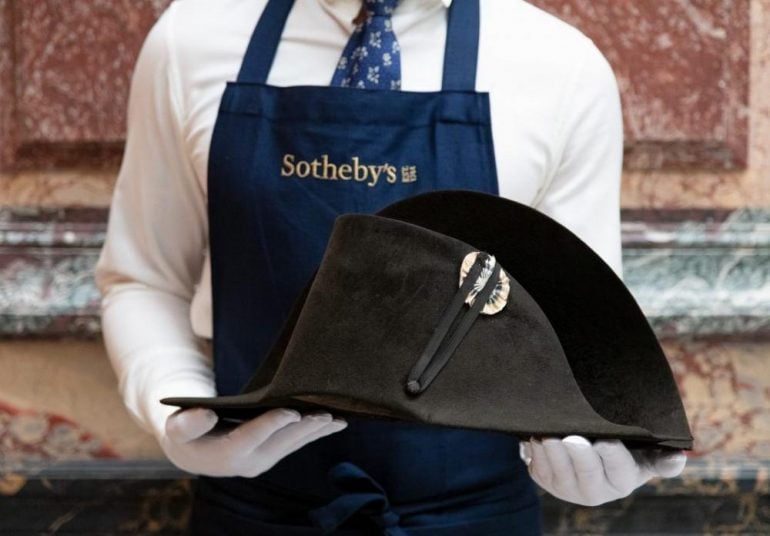 The collection included $15000 worth bloodied cloth that was supposedly placed on his dead body during an autopsy, a lock of Napoleon’s hair, a pair of his silk stockings, and a long-sleeved shirt embroidered with the letter ‘N’ in red stitching. This bicorne hat sold at Sotheby’s is one of his highest selling properties. 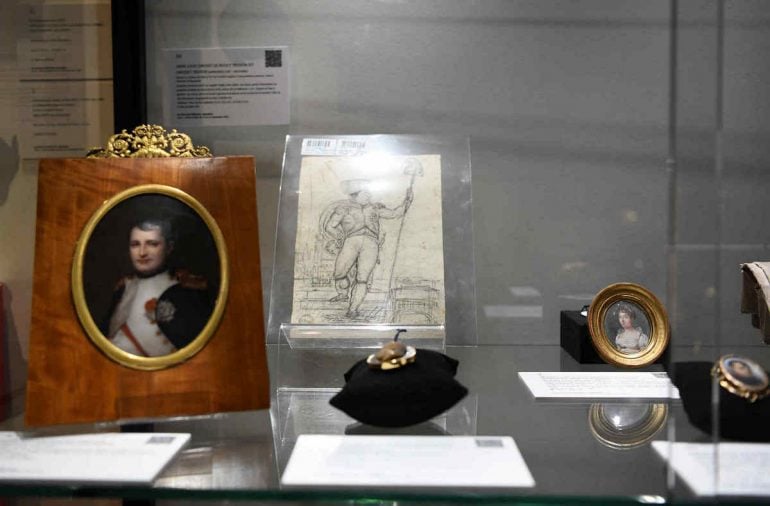 Tags from the story
Hat, Sotheby's