Last month, we brought you the news that the 1994 Toyota Supra driven by the late Paul Walker in the original “Fast and Furious” movie was up for grabs and had a pre-auction estimate of between $150,000 and $200,000. Well, the highly-coveted Supra crossed the block at Barrett-Jackson’s Las Vegas auction that ended on Saturday, and it ended up fetching $550,000 – almost three times the upper limit of the estimated value. And we couldn’t be happier; after all, this Supra is one of the most recognizable movie cars and is an important part of Paul Walker’s legacy. 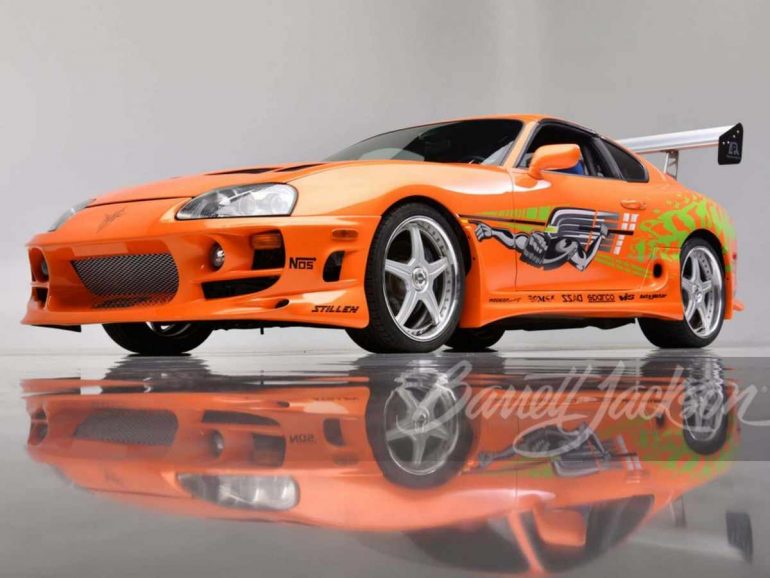 The 1994 Toyota Supra is finished in a bright Lamborghini Diablo Candy Orange Pearl paint, and it still features the Troy Lee-designed “Nuclear Gladiator” motif from the movie. According to the official description by the auction house, the sports car was used for “multiple interiors and exterior shots during filming,” which was then repurposed as a car for the character Slap Jack for the sequel, “2 Fast 2 Furious.” As a result, the car looks in stunning shape, which is pretty uncommon for vehicles used in movies, especially those used while filming tricky action sequences. 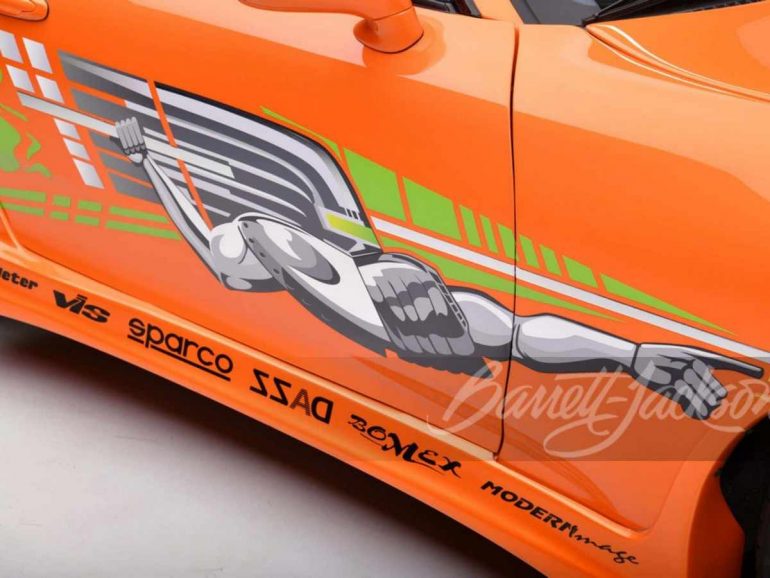 The Supra also features a long list of performance parts that includes a Bomex front spoiler and side skirts, TRD-style hood, APR aluminum biplane rear wing, and 19-inch Dazz Motorsport Racing Hart M5 Tuner wheels. In the last sequence of the Fast and Furious movie, Paul Walker’s character Brian races Dom’s 1970 Dodge Charger R/T in the Supra and finally hands over the keys, saying he owes Dom a ten-second car. Unfortunately, Walker tragically passed away in an accident in 2013. The latest installment in the Fast and Furious saga, Fast 9, premieres in the US this Friday.

Tags from the story
Hollywood-Memorabilia, Toyota