Jack Sweeney, the famous jet-tracking teen, has learned an important lesson today- you can’t win them all! The 19-year-old college student became famous earlier this year for creating a Twitter account that tracked Elon Musk’s private jet, ElonJet. He even had a sparring exchange of words with the Tesla CEO, who offered him a measly $5,000 to delete the account. Is that how much billionaire Elon Musk values his personal security? In any case, Sweeney rejected the proposal and has continued to grow famous on account of Musk’s infamous and terribly short flights. The University of Central Florida student has come under fire with the Meta social media platform as his page dedicated to Musk’s aerospace movements has been taken down from the site.

The sophomore shared a message he received from the Facebook team on Twitter which read: “Hi Jack, Unfortunately, your Page, Elon Musk’s Jet, has been unpublished because it violates Facebook Pages terms. This means that you can still see the Page, but other people won’t be able to see it, and you won’t be able to add new people to work on your Page. If you think this is a mistake, please let us know.” Jack replied, “Really @facebook,” it’s not clear at the time of writing what terms Jack violated with his Page for it to be taken down. Could it have something to do with a Twitter account named ZuccJet? 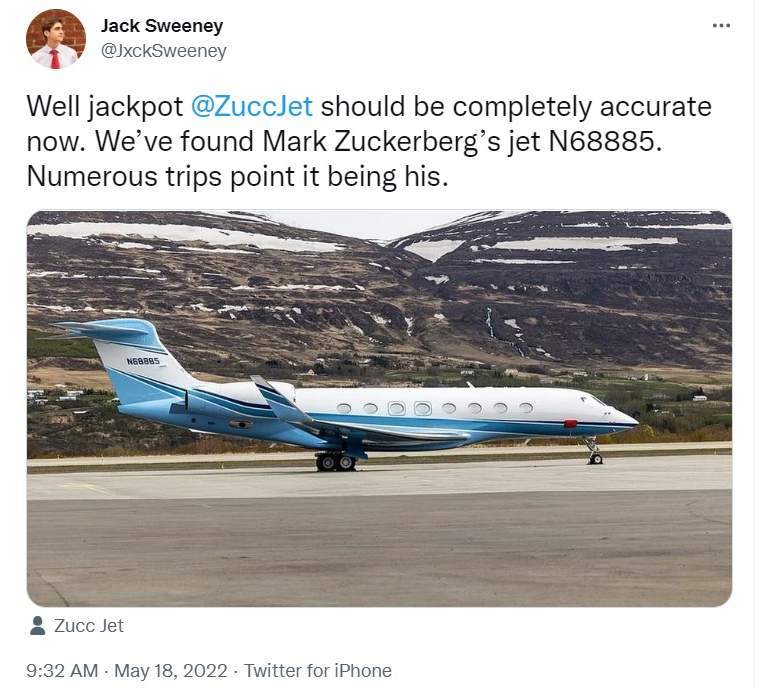 After the success of ElonJet, the teenage programmer hit another jackpot by discovering Facebook CEO Mark Zuckerberg’s private jet. It could be considered a privacy violation or the simple truth that you can’t poke your nose (read: bot) in other people’s business forever. The jet-tracker has expanded his portfolio and tracks celebrities like Kim Kardashian, Kylie Jenner, Mark Cuban, and Drake. I can picture Musk smirking!