One watch that is getting tremendous attention off late is the Patek Philippe Nautilus. The first celebrities spotted wearing one were Jay-Z and LeBron James – two megastars with famously magnificent collections. Joining the coterie of bigwigs sporting the striking Tiffany-blue timepiece is Leonardo DiCaprio. The highly coveted watch – Nautilus Ref. 5711 was released to celebrate the 170 years of the special relationship between Patek Phillipe and retailer Tiffany & Co. A unique Tiffany Blue Patek Philippe 5740 was also spotted on Bernard Arnault, chairman for LVMH, who owns some of the most coveted luxury brands in the world like Christian Dior, Louis Vuitton, TAG Heuer, Dom Perignon, and more. 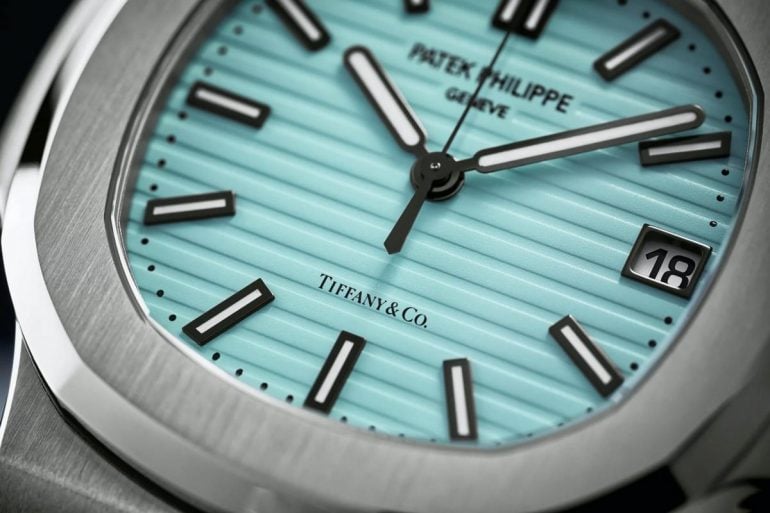 A close-up of the uncommon watch revealed a stunning Tiffany Blue dial and black and white hour markers in addition to black perpetual calendar sub-dial lettering and a moonphase window. DiCaprio joined the club of men with deep pockets and great taste when his wrist was spotted at Crypto.com Arena watching the Los Angeles Lakers take on the Portland Trail Blazers. Needless to say, DiCaprio is quite attention-grabbing even without world-class accessories, but the delicious Patek Philippe 5711 Nautilus is too good a watch to miss!