The 28-year-old Saturday Night Live star Pete Davidson needs some space. Not from Kanye West or Kim Kardashian, but the planetary kind. According to Page Six, Kim’s current flame is in negotiations to board a Blue Origin flight with the 58-year-old Amazon founder, Jeff Bezos, to spend a little over 10 minutes at 100km above the Earth’s surface.

A source told People magazine, “Pete Davidson is in talks with Jeff Bezos to go on the next Blue Origin ride, but nothing is set yet,” they said. “It’s just conversations, and it’s still early. But they’ve been in talks.” In January, Davidson met Bezos with Kim Kardashian in tow at the Amazon founder’s Los Angeles compound for a get-together. 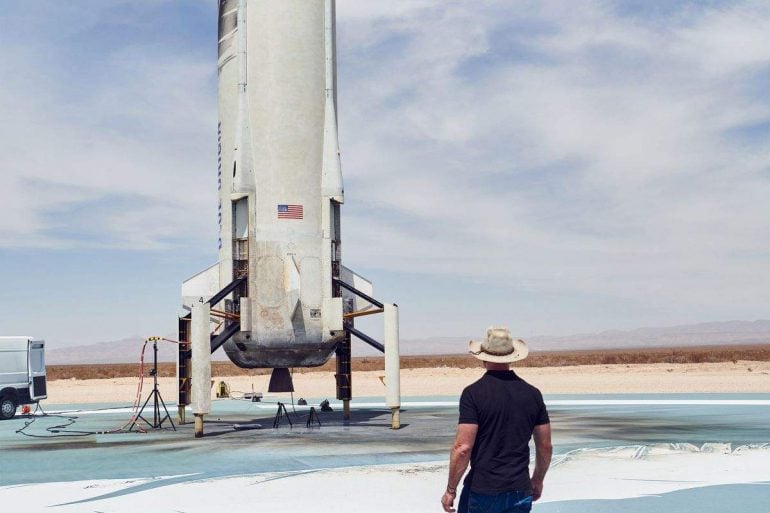 An insider conveyed to Page Six that the two men got on really well when they met and may soon take the party to space. The Blue Origin founder announced an ambitious project to build a massive new commercial space station. Called Orbital Reef, the company said the future space station would be operational sometime in the second half of this decade. Meanwhile, more than Bezos’s space activities, his sea-faring engagements have made more noise. Bezos’s sprawling 417ft yacht Y721, the biggest sailing yacht in the world worth $500 million, required the dismantling of a Dutch national monument. The giant three-masted ship is too tall to pass through Koningshaven Bridge, which entails temporarily dismantling the iconic bridge to accommodate the vessel to pass through. Naturally, it has left locals irked.

Tags from the story
Amazon, Jeff-Bezos