It’s only fair to define an individual by their characteristics. So, when you hear someone mention Mark Zuckerberg, what attributes do you attach? Maybe a young billionaire who has grasped more than he can clutch in a very short time. Or an awkward youth whose intelligence got the better of him and put in bang in the middle of the public crosshairs? Or even an eccentric supervillain who lives in the depths of the earth, controlling an android that parades around Midgard, spreading his gospel of doom. Whatever your interpretation of this Silicone Valley wonder-kid, you’ve surely heard a tale or two that is either weird, cringe-worthy, or simply unbelievably senile.

Questions from a quiver full of arrows
As the world has become more aware of the importance of privacy, Mark has found himself in the deep end of every piracy debate for a while now. This started off when he, as a 19-year old Harvard student, mocked people who readily share their data with others. This was extracted from a transcript and has seemed to have set a precedence for his notoriety as a data bandit. Now, any such action leads to a barrage of questions from lawmakers and authorities and that is just what Mark dreads. At the 2010 D8 Technology Conference, he ended up facing questions from relentless Wall Street Journal reporters, who grilled him about his piracy policies. This melty, sweaty face has become something of meme legend.

But more memorable is his 2018 questioning before an army of senators in regard to the Cambridge Analytica case. Here was a situation where the questioning senators were not quite aware of how Facebook makes its money and how ad-targeting (which is rather commonplace by now) worked.

Senator Orrin Hatch asked, “So, how do you sustain a business model in which users don’t pay for your service?”. “Senator, we run ads,” replied Zuckerberg. “I see,” Hatch replied. “That’s great.” The exchange got so intense that Mark excused himself for a break, leaving his notes exposed. Of course, these were quickly photographed. It was later made public that Mark was expecting the senators to ask for his resignation.


Mark’s meat matters most
It’s no secret that Mark Zuckerberg loves smoking his meats. If you weren’t aware of this, you probably need more exposure to memes. He has been featured in a number of videos simply repeating his love for smoked meats. If we haven’t got it wrong, there is merchandise with this unforgivable moment frozen in time too. His love for Sweet Baby Ray’s barbecue sauce has found its place among his fan-lore too. In fact, the sauce shows up in his recent launch video for Meta. 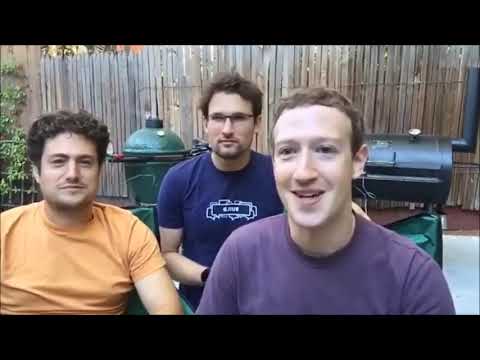 Food, especially meat, is quite an important cog in the machine that keeps Mark rolling. He only eats the meat he hunts. Jack Dorsey of Twitter, who once shared a meal at Mark’s place, testifies to this truth.

Anyone have Mark Zuckerberg throwing spears on their 2021 bingo card?pic.twitter.com/VOczlEyV8v


There’s another bizarre video in which he is practicing spear-throwing wearing protective gear on his ears. Why and how that came to pass, we shall never know for sure. But it exists, there on that Internet, the same Internet that made Mark one of the most prominent billionaires in the world.


The stopper of wars
Mark Zuckerberg holds the power of social media on a pedestal. And why not? We have seen how social media has come to the rescue of mankind, bridged gaps between people who have lost touch, and reunited families all through the pandemic. But Mark believes it could be more remarkable than that. He told NYMag that if Facebook was as widely adopted before, America could avoid the Iraq war completely. Talk about blowing your own trumpet – while smashing a one-hand drum solo (in this case). Since Facebook gives every individual the opportunity to voice their concerns and be heard, he believes that the masses would discourage events like the war. It’s strange and arguable because in the age of Facebook we have also seen things like the Capitol building being stormed and Area 51 being run over by imbeciles. It also, in some way underlines the way Facebook and sway the masses – something the platform has been strongly criticized for in the 2016 Cambridge Analytica scandal.
Working at Facebook is a walk in the park
There has been more than one report of how Mark Zuckerberg prefers to interview his handpicked talents for Facebook. It has been recorded that he would rather chat with them during a relaxing walk in the park instead of interviewing them in a closed office. Employees have recorded that Mark has assured candidates who have been on this sanctifying tour that their paperwork is already being readied back at the office. This casual demeanor surely doesn’t make him come across as weird, but for someone whose interpersonal skills aren’t the best in the valley, we can imagine how interesting those conversations would be.
The sim life is the good life
With a wardrobe that pretty much stashes the same clothes in multiple copies, a hairstyle that is never experimented on, and a regimen that is followed to the T, one can safely describe Mark Zuckerberg as a sim. While the Meta launch described how we could create more interactions via sim versions of ourselves, Mark walks the talk in real life too. He doesn’t bother picking out new clothes, which is generally one additional decision to make in a day, and by creating this uniform of sorts, he safely parks all that saved time throwing spears or wakeboarding.


Always on-board, literally
To show his patriotism he rode a wakeboard during 4th of July celebrations this year, waving the American flag, and crooning ‘Country Roads, Take Me Home’ by John Denver. This looked like something straight out of a South Park episode and inspired some interesting captions on Twitter. This isn’t the first time he’s on the surface of the sea, grabbing headlines. 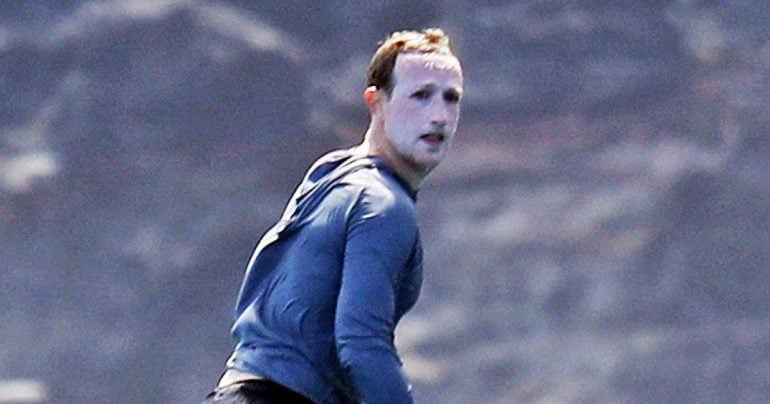 His famous misadventure with excess sunscreen on his face (to fool the paps) while surfboarding on a $10,000 board became the trending meme for the period. No one was fooled and if anything, his whitened face only attracted more clicking shutters and reshares.


Meta Memes
It must really be some feeling, owning a social media platform only to see it being used to make memes of yourself. But Mark lets it pass. However, his newest brainchild, Meta, which owns Facebook, Whatsapp, and Instagram, introduced us to another Android-like variant of Mark taking us through the thinking and possibilities of the homogenous platform. This was quickly picked up by the Icelandic Tourism board who created a fun spin-off that is rib-tickling and unfailingly hints at how it is better to be natural than to perish in the world of simulation.
Mark Zuckerberg is a caricature that you cannot erase from your mind. He’s gone from inspiring the growth and development of youth to becoming a pop-culture icon of our times.
Tags from the story
Billionaires, Mark_Zuckerberg