The accessory that made silky waves the world over in 2003 just acquired its own Damien Hirst rendition. I’m talking about Alexander McQueen’s skull scarf, which met the motif’s perfect mascot and artist. What could have happened then, except a revival of the skull in the iconic silk pieces! The English artist created a limited-edition line of scarves in collaboration with the Brit label. And when I say “limited-edition,” I mean 30 pieces in honor of the 10th anniversary of the McQueen original. 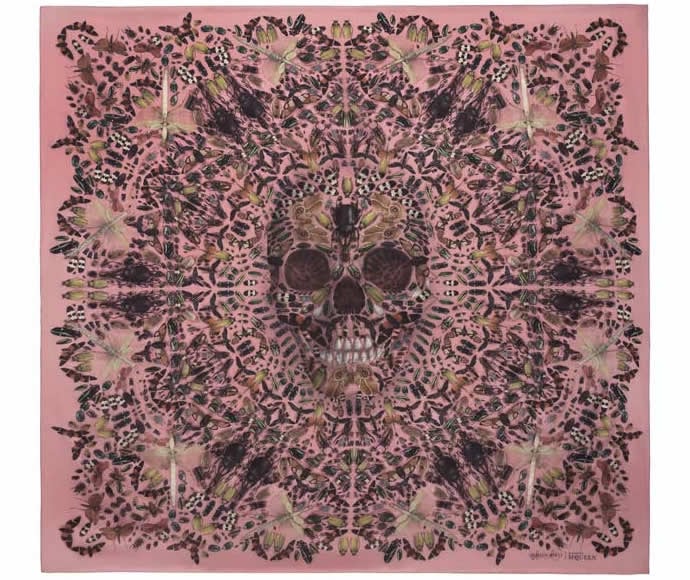 The renowned artist had already done his bit for handbags with Prada when, almost as if on cue, he shifted his focus to scarves next. Inspired by Hirst’s Entomology series again, the designs feature all sorts of bugs and butterflies in kaleidoscopic, symmetrical shapes in addition to the signature skull pattern. The scarves have, in turn, inspired a poignant short film, shot by photographer Sølve Sundsbø and starring one of their ilks. 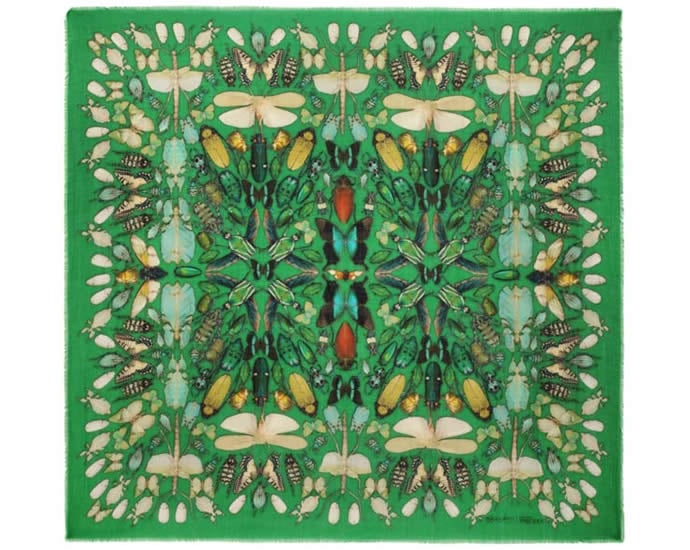 Featuring a silk scarf, the film recreates the glory of Alexander McQueen and Hirst’s exceptional artistry. As do the scarves, priced at $515 each. They are to go on sale November 15 and will be available at alexandermcqueen.com or Alexander McQueen boutiques.

[Via – Fashionista and Elle]