Balenciaga, a brand guilty for taking loads of money away from people’s chests and vaults, has given the style-deprived a hefty dose of soul (and fashion) at the Paris Fashion Week show this year. In a first-of-its-kind event, the spring/summer 2022 collection launched with a 10-minute The Simpsons episode dedicated to Balenciaga. The cartoon during its runway show on Saturday night at the Théâtre du Châtelet showed the cast of Simpsons, that is Homer, Marge Simpson, Bart, Lisa, and Maggie take the runway in the presence of high-fashion glitterati like Kim Kardashian, Kanye West, and Justin Bieber.

The episode begins with Homer realizing Marge’s dream of wearing anything from the Balenciaga stables, someday…What follows are his earnest attempts to get her a gown for her birthday, which he does with a nearly $22,000 price tag. The return of the dress leads to creative director Demna Gvasalia’s dawn on Springfield. He whisks the populace to France and straight on the runway as their destitute lives bring a tear to his eye, despite being raised in the Soviet Union. 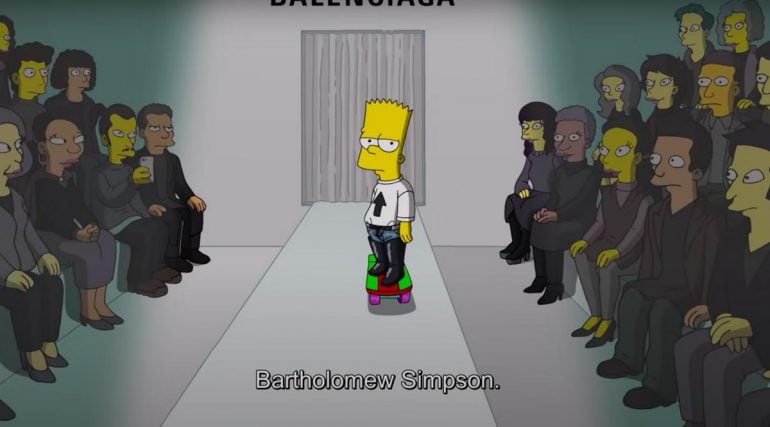 The episode pokes fun at many such elements, from the exorbitant price tags to the oversized shoulder pad and Homer’s attempts to save the green gown’s soiling. While we have always enjoyed watching the Hadid sisters, Kendall Jenner and even Ella Emhoff walk the runway, the Simpsons gave them quite a fight. The image of Homer in Balenciaga’s sunglasses and a red Puffa jacket emblazoned with the fashion brand’s signature logo will stay in our minds for a long time to come. Other residents of Springfield who made quite a show at the Théâtre du Châtelet were the likes of Smithers, Patty, Selma Bouvier, and Chief Wiggum. 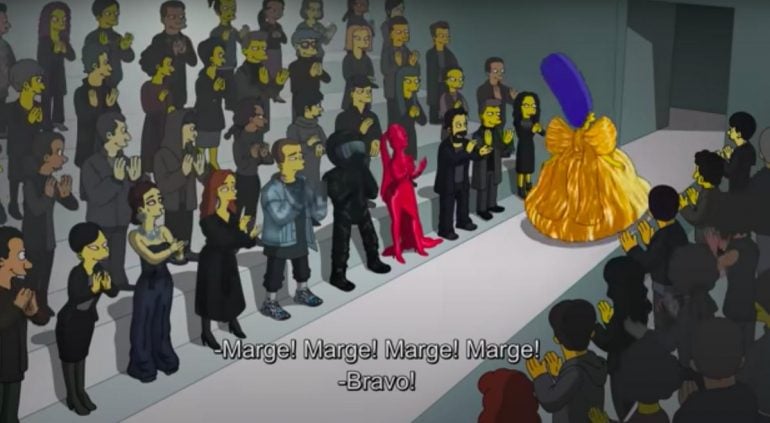 On one end, Marge Simpson, dressed in a floor-length gold dress with a gigantic bow at the back, got a standing ovation from West, Bieber, and Kardashian in her Met-gala look and other attendees. Meanwhile, celebrities like Cardi B, Offset, Lewis Hamilton, Juergen Teller, Isabelle Huppert, Naomi Campbell, and Elliot Page showed Balenciaga’s new collection on the red carpet.

Balenciaga x The Simpsons was everything pic.twitter.com/fLj6Fp5wqf


The world couldn’t contain their excitement which was obviously unleashed on Twitter with fans going gaga over the Balenciaga x The Simpsons collaboration. One fan wrote, ‘Balenciaga x The Simpsons was everything’ with a collage of some moments of the episode. Several fans went crazy spotting Beiber, Kardashian, and Anna Wintour in the first row of what was the best fashion show, ever!

Tags from the story
Balenciaga, Paris