If you ever wondered what it was like to live like a queen, here’s your chance to find out. Guerlain’s legendary “Jar of Bees” is back to make you feel like an Empress, Eugenie, to be specific. Originally created for her, the wife of Napoleon III, the emblematic bottle has been revived in all its golden glory to celebrate its 160th anniversary.

A limited range of the Guerlain exclusive fragrances have been bottled in the 24-carat ‘Golden Bee’. In addition, Guerlain, in collaboration with the Institut National des Métiers d’, Art, has commissioned nine Masters artisans to recreate perfume history. Nine works of art inspired by the signature bottle have been designed to denote the supreme symbol of French luxury. 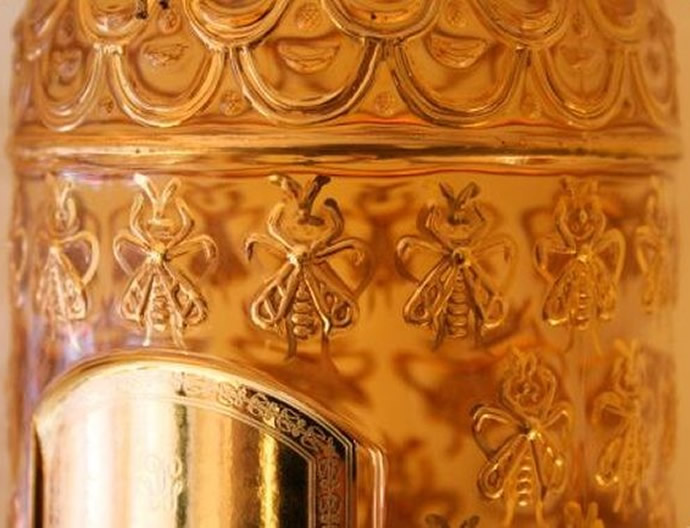 They evoke an era when Pierre-François-Pascal Guerlain, founder of Guerlain, fell captive to Eugénie de Montijo’s beauty and crafted what came to be known as a true technical feat. In recognition of it, he received the highest imperial title, “His Imperial Majesty’s Official Perfume Maker,” which catapulted him to the top of the perfume-making peak.

An exceptional exhibition will display the celebratory artworks from December 10 to February 14 at La Maison Guerlain 68 Champs Elysées in Paris. Their inimitable designs will pay haute homage to Guerlain’s sensory story. While the limited range of exclusive fragrances will channel Eau de Cologne Impériale aristocracy, available in Golden Bee bottles at Selfridges with 250ml for $225 (approx.)

Tags from the story
Gold, Perfumes