Having already participated in some truly spectacular collaborations with brands like Bentley and Parmigiani Fleurier, Lalique has long since established itself as one of the best known crystal makers in the world. Now the legacy of René Lalique is taking crystal luxury in a new direction with a collaboration with the Italian fashion house- Salvatore Ferragamo and acclaimed American wine critic James Suckling. 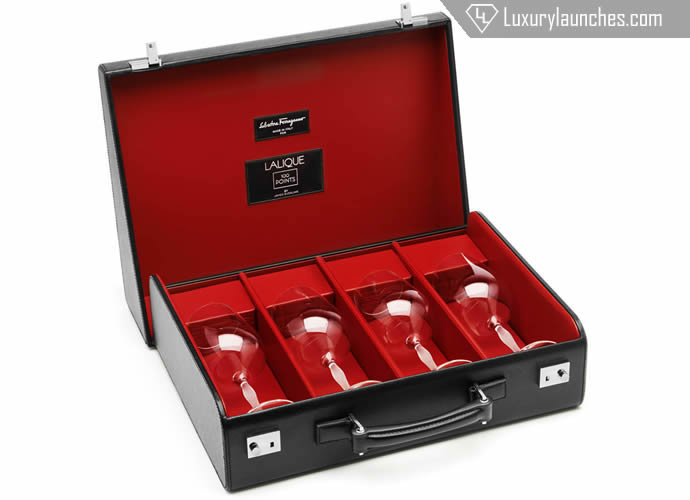 Defined by casual luxury, Suckling’s 100 Points collection for Lalique features seven glasses and two decanters is intended for the true wine connoisseur whose interest is not only in the integrity of the wine, but also in its presentation. The house of Ferragamo has added another layer of luxe appeal to this aspect of presentation by creating a sleek and stunning black leather briefcase that holds four glasses, making it the perfect companion to your weekend picnics or exotic getaways. Lined in sumptuous scarlet fabric, the briefcases are created by hand in Ferragamo’s factories in Florence. 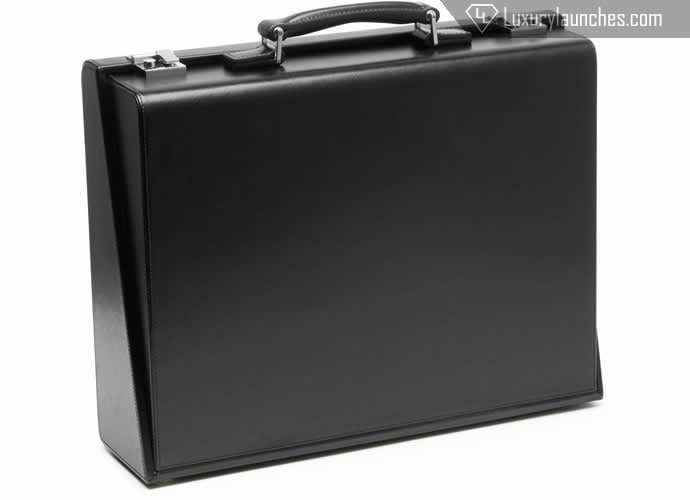 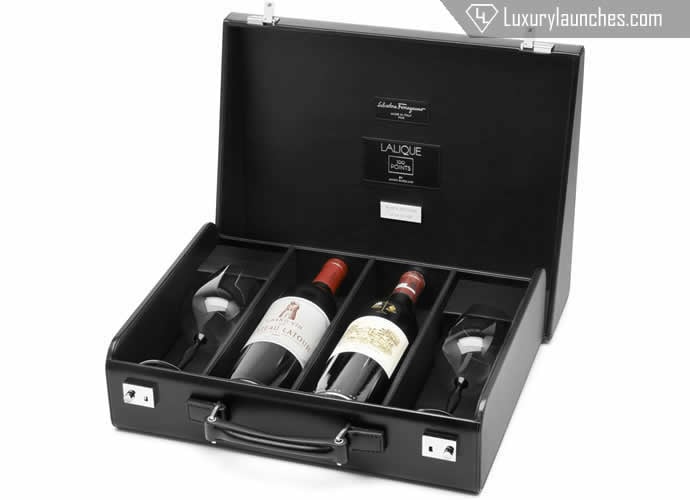 No word on the pricing as of yet, but we’ll be sure to add the luscious looking Black Edition to our Christmas wishlists. It’s simply the perfect accompaniment to a picnic date in the park or by the beach.

LALIQUE 100 POINTS BY JAMES SUCKLING. LEATHER BRIEFCASE, BLACK EDITION TO 100 PIECES, BY SALVATORE FERRAGAMO with 2 Universal glasses and 2 bottles of wine is available for £5,900.00