In connection with the annual “Montblanc de la Culture Arts Patronage Award”, which was established in 1992, Montblanc issues a Limited Edition fountain pen each year as a tribute to the most important patrons of art and culture in the past centuries. For this year, the German luxury brand introduced the Montblanc Patron of Art Luciano Pavarotti Limited Edition fountain pen as a writing tribute to the great opera icon. For nearly half a century, Italian tenor Luciano Pavarotti (1935-2007) enthralled audiences around the world with his extraordinary performances and his exceptional vocal tone, making him opera’s first global superstar. 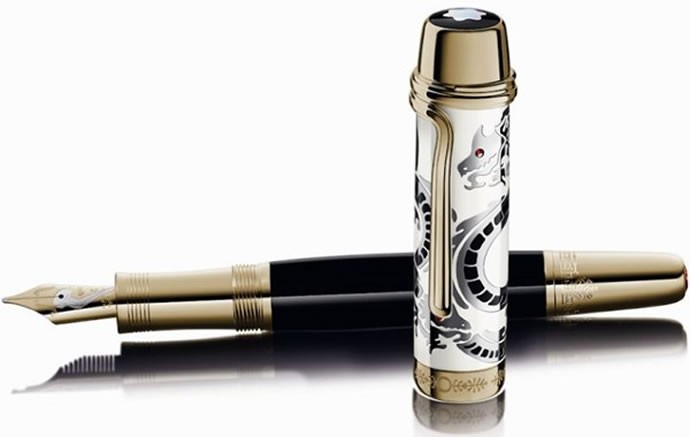 The black lacquered barrel and white lacquer cap of the Limited Edition 4810 represent the black tuxedo Pavarotti wore with a white bow tie and white shirt for most of his concerts on stage. The delicate red lacquer floral pattern that adorns the cone and the turquoise resin cabochon at the base of the writing instrument are reminiscent of the Hawaiian shirts Pavarotti loved to wear off the stage. The writing instrument’s gold-plated clip is in the shape of another trademark item from his distinctive wardrobe – one of his favorite extravagant scarves. In homage to the five famous operas which brought Pavarotti international fame – “Turandot”, “La Bohème”, “Rigoletto”, “Un ballo in maschera” and “L’elisir d’amore” – five gold-plated rings decorate the cap of the Luciano Pavarotti Limited Edition 4810. As a reminder of the unusual talismans Pavarotti carried in his pocket at all times during his performances, the 750 solid gold nib of the Limited Edition is decorated with a delicate engraving of a bent nail. The Patron of Art Edition Luciano Pavarotti pen will be issued in a worldwide limited edition of 4810 copies. 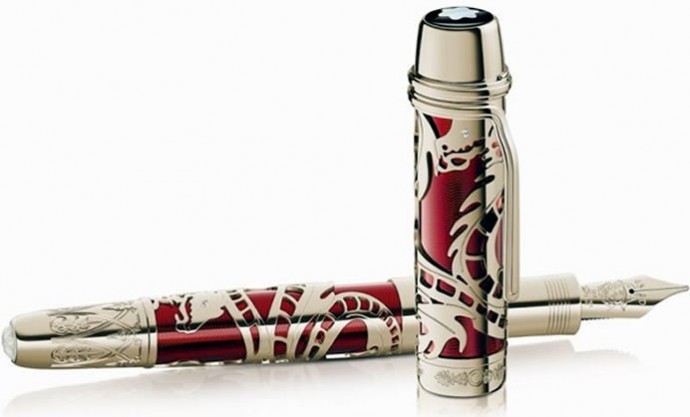