The television industry has come a long way in the past few decades with the technology evolving faster than ever. Though, all the companies are working hard to make their televisions as feature packed and affordable as possible for all of us. There exists a small niche for premium TV sets with uber-expensive price tags meant for those customers who demand for nothing but the best. From mind boggling sizes to gold plating to being studded with precious stones here are the 5 most expensive TV sets which have them all. 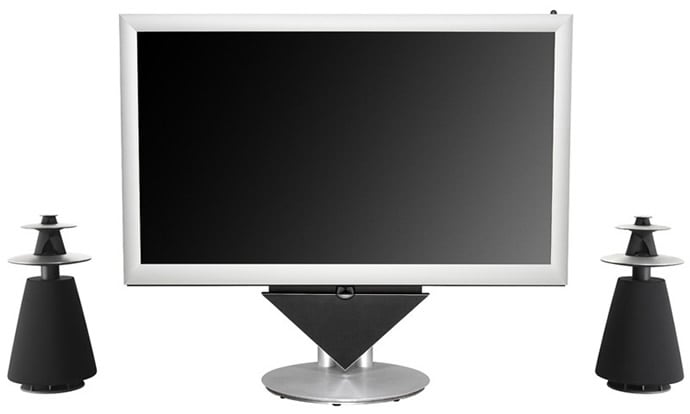 We start off with one truly gigantic Television Set which is big enough to cover a fairly big wall. Measuring at 103 inches, the BeoVision 4 by Bang & Olufsen is the kind of TV plutocrats will want to adorn their personal AV rooms with. The sheer size and the beautifully crafted design of the BeoVision $ Plasma TV is what makes it stand out from the rest of the competitors. But this model has been with us for a while now, and the technology of this set isn’t the best we have got today in the market. In fact it only has a display resolution of 1080p and runs on plasma technology which has become quite outdated now.

What makes it so expensive? The B&O BeoVision 4 Plasma TV was launched in 2009 and back then it was the biggest and the best money could buy. The design of the TV and the quality sound system by Bang & Olufsen are unmatchable and justify the steep pricing of $111,000. It also comes with a motorized stand that can auto adjust for the perfect viewing angle. 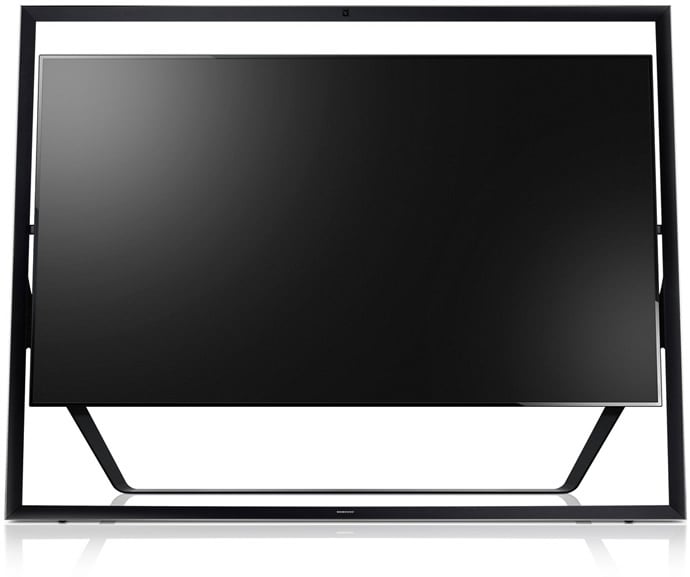 If the 103-inch B&O Plasma TV isn’t too big for you and you’re looking for something even bigger, then here is the world’s biggest UHD TV which measures 110 inches diagonally. The Samsung 110 Inch UHD TV was promised by Samsung at 2013 Consumer Electronic Show and the Korean company launched the giant TV in December last year. It has 4K or Ultra HD resolution which means it has four times the resolution of standard high definition TVs. It measures 2.6 meters by 1.8 meters in size and has a beautiful frame supporting the display. Before this model was launched, Samsung’s 85 Inch UHD TV was the biggest 4K television which retails for $40k, but the new 110-inch UHD TV absolutely dwarfs its smaller sibling.

What makes it so expensive? For a price tag of $152,000, the Samsung 110 inch UHD TV is priced more than a 2014 Mercedes Benz S Class and a Porsche Cayman S combined, but the name of the TV itself justifies the steep pricing. Not only is it the biggest UHD TV in the market currently, but has the latest technology under the shell. 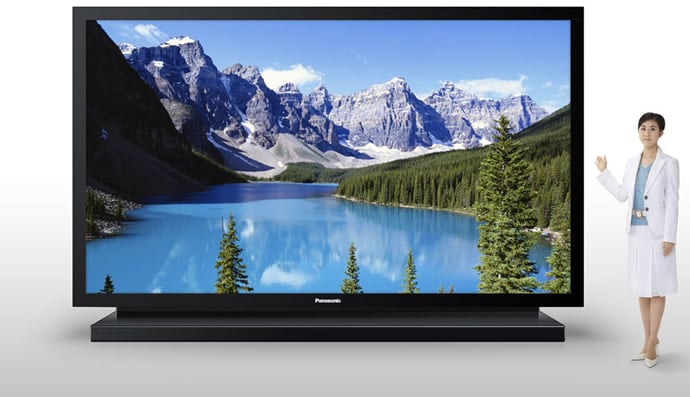 As we go deeper into the list, the TVs are only going to get bigger, and this flat-screen television which measures 152 inches diagonally dwarfs the previous two entries from the list. This might not be the newest or the best in technology in the market currently, but there are quite a few reasons that justifies the half a million dollar price tag. It has a 4K x 2K native resolution, which might not be the best but UHD is still fairly a new concept. It is equivalent to nine 50-inch screens and promises to deliver lifelike images.

What makes it so expensive? This Panasonic TH-152UX1 was unveiled at the 2010 CES, it created ripples in the industry back then. It weighs close to 1,300 pound (600kg) and comes with 3D viewing capabilities. But out of all the features, the TV’s massive size of 152 inches is its USP. 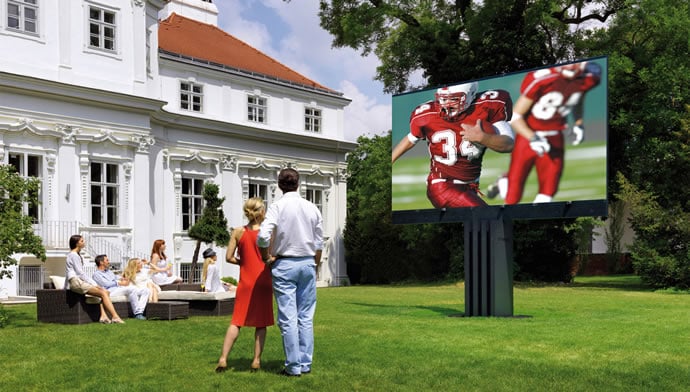 Now comes the television which might be too big to fit into your house and is rather best suited to be used as an outdoor giant screen. In fact this unit has been specially made to be used as an outdoor unit. C SEED Entertainment Systems from Austria has a display size 201-inch and this outdoor folding LED TV has a unique feature that makes it disappears underground on an automated pedestal. It rises from ground up to 15 feet high in the air and unfolds in just 40 seconds. Designed by Porsche Design Studio, it has a refresh rate of 100,000 Hz making it perfect daylight viewing. The remote of TV has a biometric finger print authentication system and not only is it waterproof but boasts of three 700w Subwoofers giving a grand total of 2,100W of audio power.

What makes it so expensive? If the above description wasn’t enough, this 5 meter wide TV system is the world’s largest. It also comes with a custom-fitted server which uses fiber optic cables to stream all contents from computers, a Sky box, camcorder, smartphones and gaming consoles directly onto the massive screen. 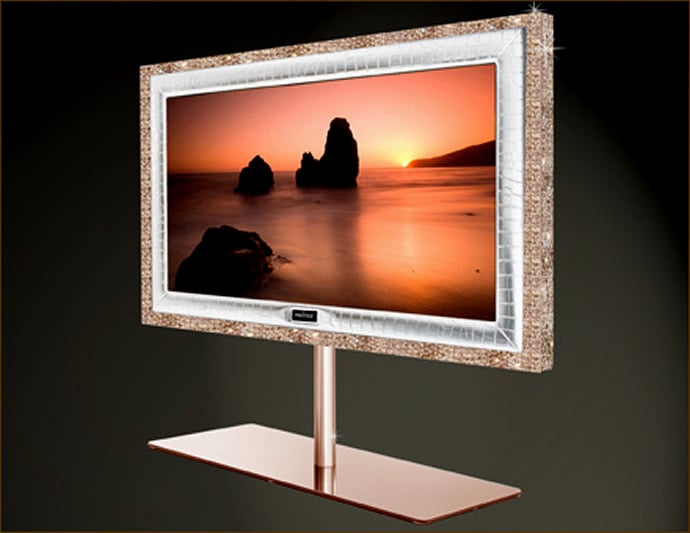 Rather than being bigger in size, the next on our list taking the final position is a TV which is high on the luxe factor. Priced almost equal to a Bugatti Veyron hypercar, the Stuart Hughes Prestige HD Supreme Rose Edition TV is the most expensive in the world. This TV set is meant for those who have a penchant for glamour and bling and not for people looking for the best specifications. It might measure 55-inches in size but is loaded with luxe materials like gold, diamonds, precious stone and exotic skins. The TV is designed by Stuart Hughes, who is known for creating some of the most expensive gadgets and smartphones in the world, and is manufactured by PrestigeHD.

What makes it so expensive? For $2.25 million, you get a 55-inch TV which is gilded with 28 kilograms of solid 18ct rose gold. But that’s not all, the gilded frame dazzles with 72 brilliant round cut 1ct IF flawless diamonds along with Sunstone and Amethyst and is wrapped with Alligator skin which is hand sewn on the inner screen layer.