There is no way to really measure happiness, especially if it’s straight from the bottle. Absolut is set to release next month a special edition Vodka bottle to celebrate iconic artist Andy Warhol’s commissioned work that featured across the brand’s advertising campaigns in 1986. The premium Vodka brand will create four million bottles to transform the artist’s original artwork into a three-dimensional bottle.

In 1986, Andy Warhol became the first in a long line of celebrated artists to collaborate with Absolut, when he created an original piece inspired by his adoration of the brand’s iconic bottle. The limited edition bottle design is black with blue, pink and yellow details – replicating Andy Warhol’s original Absolut Warhol painting. 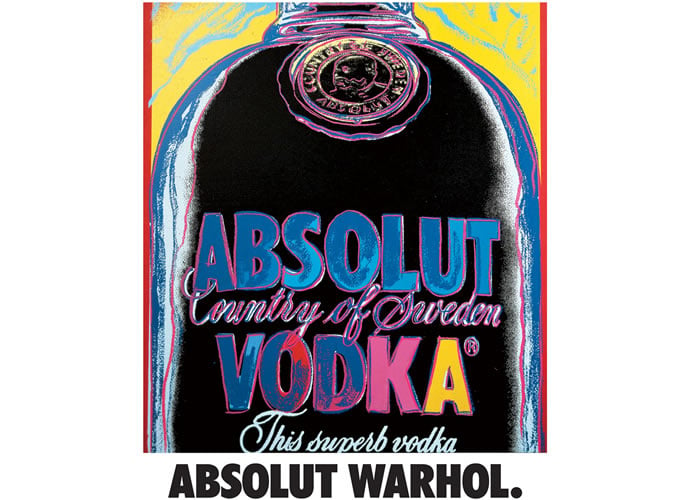 Absolut will also host a “nightlife experience” in collaboration with DJ A-Track and light artist Leif Elggren for a live interactive light installation, which mixes in Andy Warhol’s words to inspire the audiences to realize that anything is possible through creativity.

The limited edition bottles will be sold worldwide beginning October 2014. A portion of the proceeds from the sale will go to The Andy Warhol Foundation.