We took you on a tour of America, through London and now we have landed in Asia or the land where tradition meets modernity. As the world’s largest, most populous landmass, Asia’s cultural leanings are widely renowned. What is also known is its penchant for progress and predisposition towards technology. So while the continent’s characteristic style of cooking has its roots in several regional flavors, it gets all the more interesting to observe the nature of its restaurants’ design schemes. Find out for yourself as we curate a list of top five of Asia’s restaurants for best design. 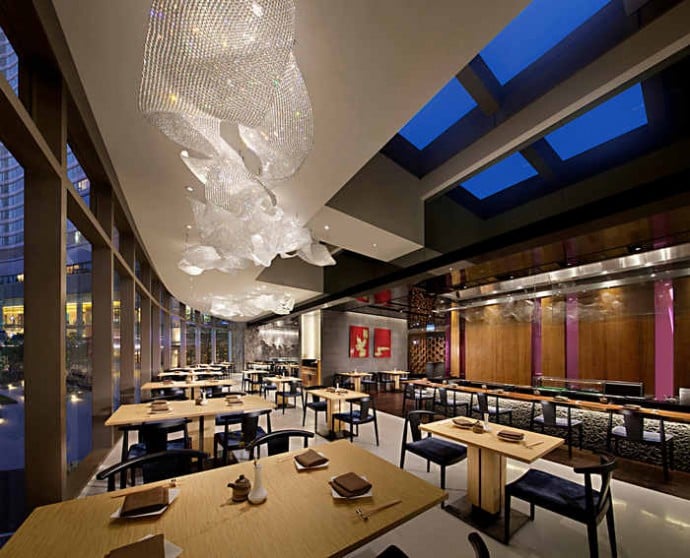 Nestled within Holiday Inn Express Hong Kong Kowloon East, JIN CUISINE and INA by Inagiku feature the best of Blue Water Studio’s contemporary artistry. With the former serving up an innovative form of Shanghainese food while the other, offering authentic Japanese cuisine, both restaurants incorporate the traditional cultural elements with a groundbreaking modernity. 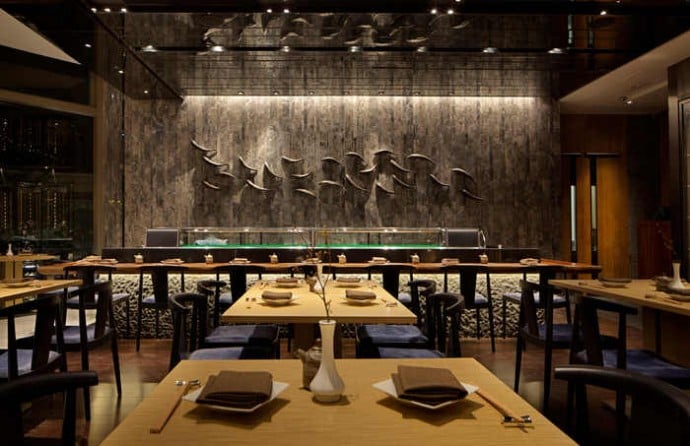 Sitting on the second floor, Ina imbibes a slate-grey cool coupled with a teppanyaki counter and a dedicated sushi and sashimi bar. The higher-end Jin cuisine is the stylish abode bathed in wood and warm colors amidst calm and serenity. The ambience in both cases attracts celebrity clientele as much as it does, peace and harmony.
[Jin-&-Ina-Restaurants] 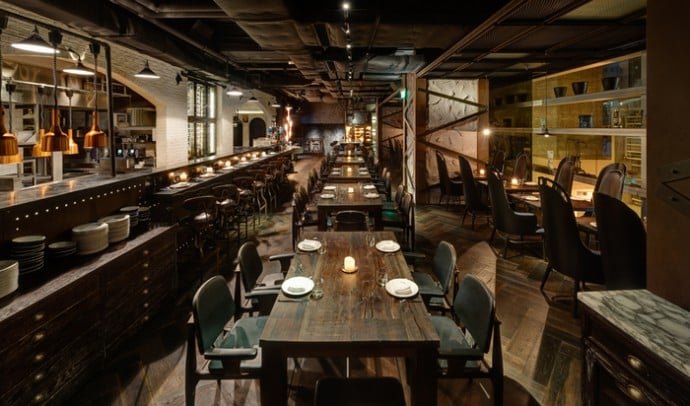 This just in! “Tis’ the season to gobble gobble” or so reads ‘Butcher News’! Hong Kong reappears on our list with Blue Butcher, a “New York style,” dining destination that combines prohibition era cocktails with hand-selected cuts of meat. 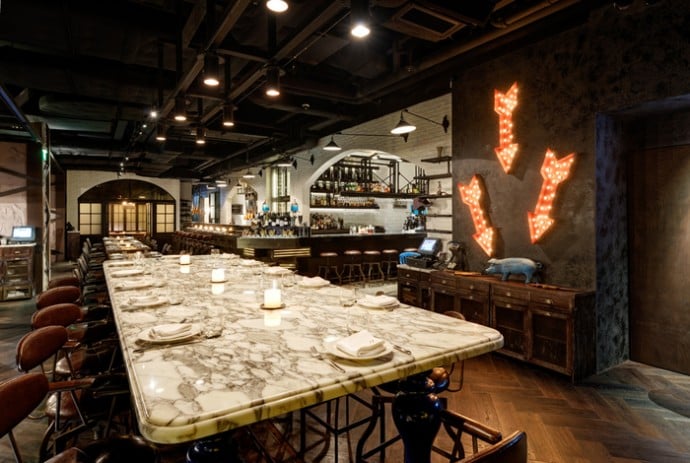 “The venue boasts a walk-in dry-ageing room lined with pink salt bricks, the only restaurant in Hong Kong that can make that claim.” What it also boasts is a décor to define its meat-tastic philosophy. Philip Liao & Partners have gotten down to the basics and made use of everything from neon signage to stone, to wood and metal and even piggy curios to give it a kind of rustic minimalism that comes across as no-nonsense, leaving all the focus on the honesty of its age-old recipes.
[Blue-Butcher]

1 2 3→
Tags from the story
Asia, Restaurants