Vending machines of varied types are spread across the face of the United States in large numbers. While these appealing apparatuses ordinarily dispense candies and Cola bottles, wouldn’t it be grand if they were to start pushing out chilled bottles of bubbly champagne? Making this dream an instant reality for you is celebrated spirit manufacturer – Moët & Chandon, that has recently set up a one-of-its-kind champagne vending machine. You heard us right! You can now guzzle up some bubbly by merely chipping in some coins at a vending machine! 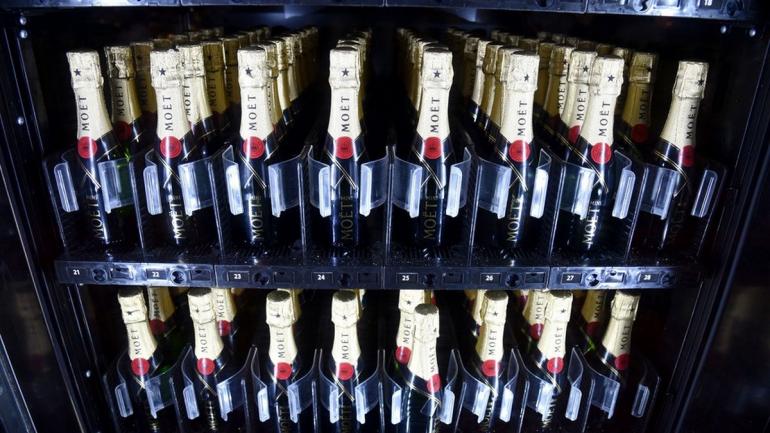 Currently, the machine is set up at the 23rd floor of the Sky Lobby at the Mandarin Oriental Hotel in Las Vegas. As of now, it is stocked up with 200 ml mini bottles, of about a glass and a half of both of the champagne maker’s popular varieties- Imperial Brut and Imperial Rose. Visitors who are willing to grab a pint of this fruity drink will need to first purchase a $20 gold coin at the front desk of the hotel after furnishing enough proof of being over the age of 21 years. On chipping in the golden coin, the machine will dish out the bottles of champagne for guests to enjoy.

This isn’t however, the first time the country has seen a champagne vending machine. A similar vending machine at Selfridges was also launched by the brand in the year 2013 during a Christmas promotion. For those who can’t make it to Las Vegas for now, buying a full-size bottle from the nearest store is still convenient enough!