Only a couple of days ago, I was seated opposite a gentleman who seemed rather engrossed in taking his hit of the engorged goose liver (duck in his case) that we all have come to know (or hate) as foie gras. Little did he know that it would probably be his last, at least in India. What was I eating? That’s no matter but rest assured, it was not foie gras. That brings us to an even more controversial point. Should I, or should I not, as someone who takes pleasure in being referred to as an epicure, support this ban on the decadent ingredient.

In the course of this article, you will learn of several others’ viewpoints. I made mine clear when I wrote about the top 6 delicacies you should stop eating. Foie gras was number one. But while my list was meant to appeal on a more personal level, that in no way implied a government ban was in order. If anything, a ban would probably make the delicacy in question seem more precious. And yet, for London based Animal Cruelty, it only spells success. 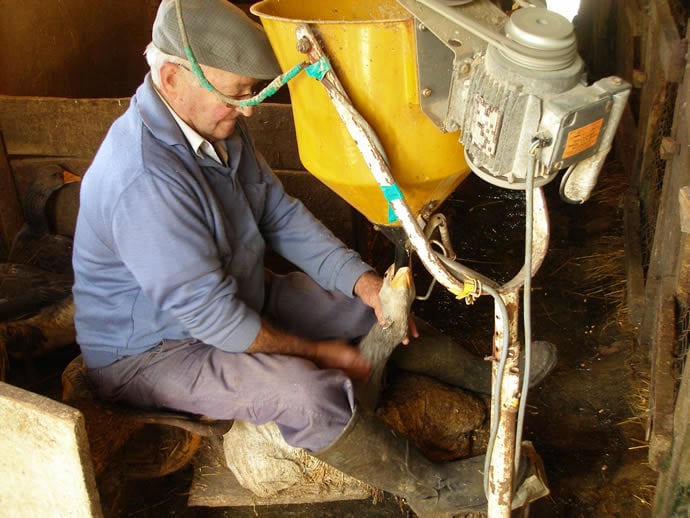 “Fancy restaurants across India are pushing sales of foie gras on their menus – that’s why we were seeking the ban,” cried Amruta Ubale, Animal Equality India spokeswoman. And yet, my fellow diner at the spanking Le Cirque in New Delhi’s Leela Palace Hotel seemed to be having, in his own words, “one of the best dinners”. Sure, foie gras glistening like a buttery jewel on his prime black angus was largely behind that selection of words. Who cared if a duck had died for it?

So you see, banning anything that isn’t endangered but simply backed by “cruelty” as its case will always reek of hypocrisy. But that argument is for another day. As for this one, it belongs to Animal Cruelty. After all, the Directorate General of Foreign Trade has placed a notice on their website publicizing that the “Import policy of the item ‘foie gras’… is revised from ‘free’ to ‘prohibited.” To which Ubale has reacted saying, “With this prohibition India has taken a progressive step in stopping the unnecessary animal suffering.”

Here is what Chef Paul Kinny, Director Culinary, Palladium Hotel, had to say:

I have always been a strong advocate of using local seasonal produce whenever applicable as long as it doesn’t dilute the essence of the cuisine. Also food is never supposed to feel artificial – so force feeding ducks and geese doesn’t seem worth it. Also we do a fabulous pate using chicken liver and Granny Smith apple instead that our guests love and admire.

Tags from the story
India