The floating mirrored stilts crafted by local engineers showcase exquisite furniture designs conceptualized by Eero Saarinen, Charles and Ray Eames, and Knoll. Each image brings forth a different set-up – a patio, a living room, a breakfast nook, a foyer, an office, and so on.

Malin has married these modern designs with the stunning beauty of nature – bright blue skies, crystal clear ocean waters, and the spectacular Mount Otemanu as the backdrop – all of which collectively accentuate the core essence of the stylish and minimalistic furniture. This clever juxtaposition makes viewers experience the design art in a rare fashion, as they are able to witness the union of manmade creations with nature’s unmatched beauty. 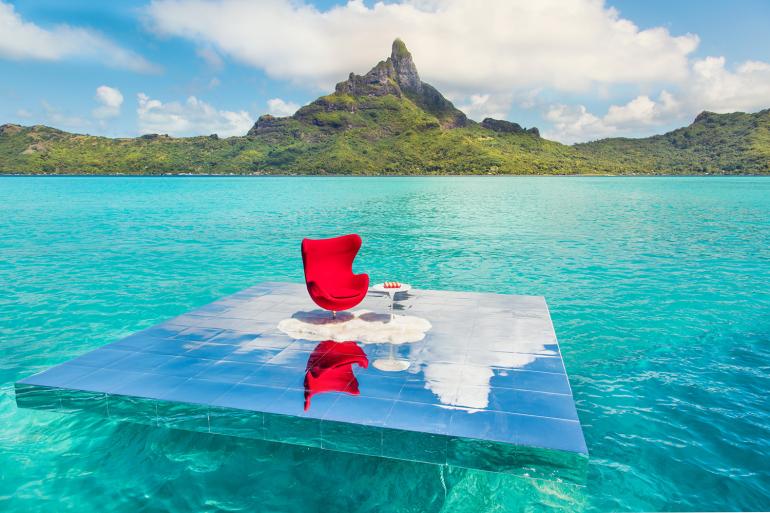 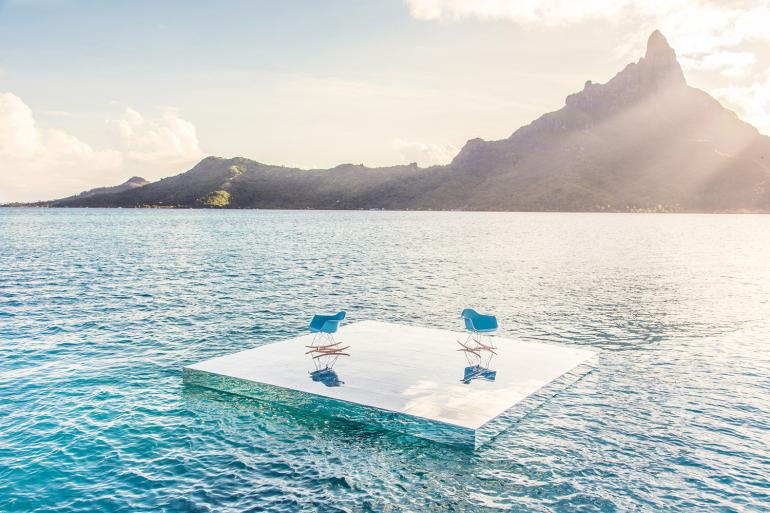 This new series is an outcome of Malin’s personal inclination in new-age design progressions, and the continued emphasis the hotel brand places on top-quality design. What makes the project even more inspiring and admirable is the complex logistics it entailed, i.e. bringing the premium furniture safely to the raft using jet-skis. 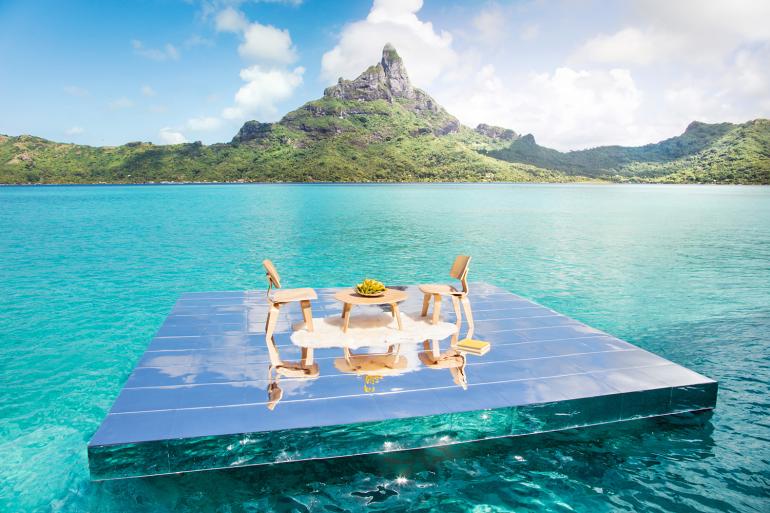 Elaborating about this breath-taking shoot’s nail-biting preparations, Malin says that not only were they constantly fighting against time, but it also a Herculean task to ensure that the mirrored raft did not show any water drops and rain splashes (yes, constant cleaning), and also ensuring that no passing boats showed up in any shot. 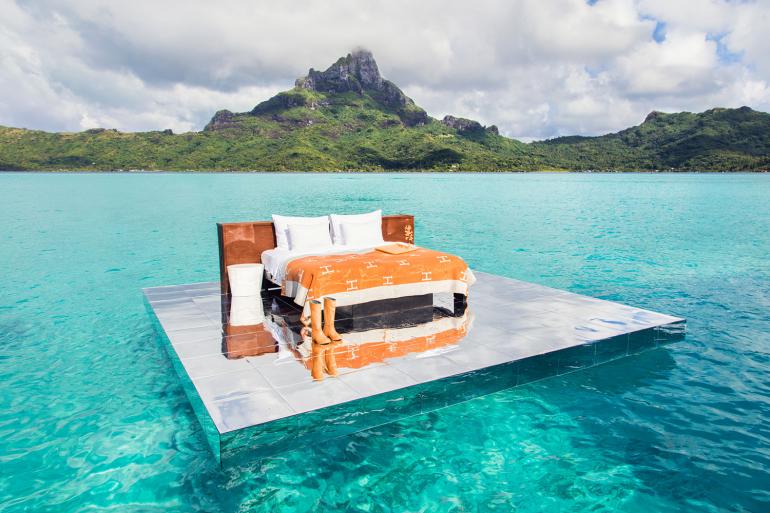 Although most of these Art of Living series’ prints and images are steeply-priced, Malin has tried to make sure that his work can be enjoyed/collected by his fans in various accessible ways, one such being his partnership with Le Méridien. The hotel displays its select portfolio photos on video screens in several of their properties worldwide and on key cards as well. 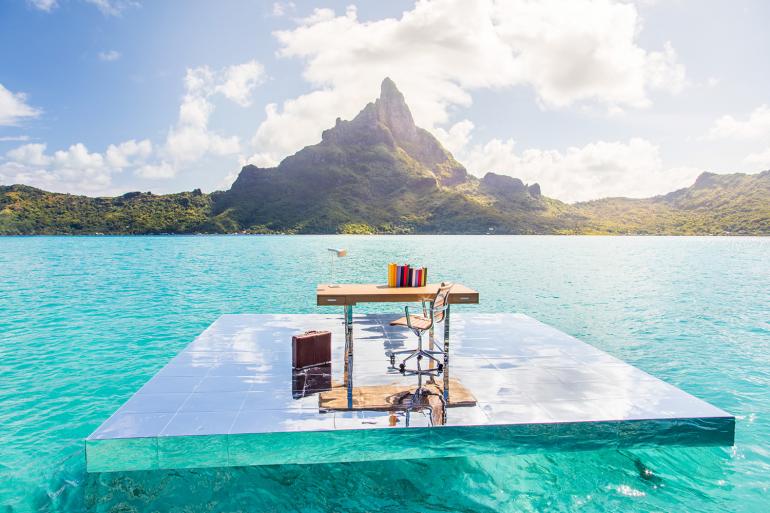 Malin’s earned a name in the world of creative photography for his love for the whimsical. His imagery often embodies offbeat, tough environments such as Italian coastlines, Antarctic tundras, and African savannas; and some of his brave aerial shots have left viewers spellbound. He is also known for using non-traditional props, people or animals – think plastic flamingos and hot pink zebras showing up at the least expected times and places. 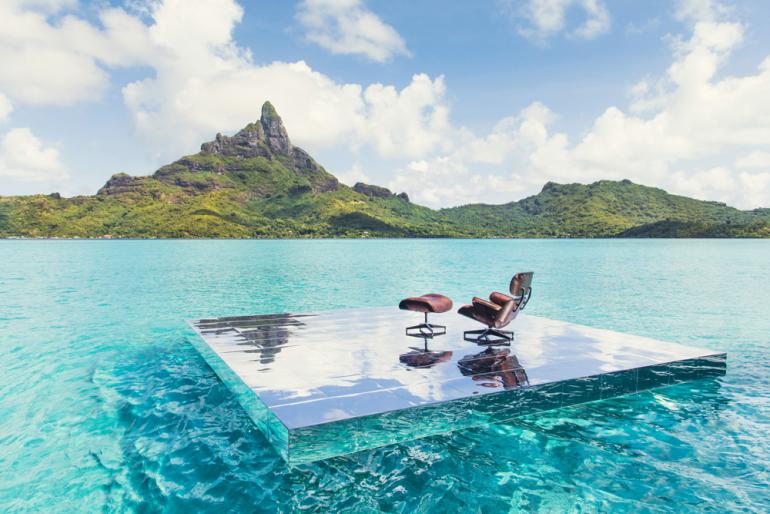 Speaking volumes about his multifaceted side is Malin’s recently released book called ‘Beaches’, which earned itself a New York Times bestseller title. In future, Malin wishes to expand into the home furnishings department as well.

Tags from the story
Furniture, Photography