A brand-new hotel is in the making in China’s Nanjing town that also happens to be the capital of the plush Jiangsu Province. A spectacle of sorts, the iconic resort is also dubbed as the ‘honeycomb hotel’ owing to its design inspiration and eclectic décor.

Built beside a cliff in the Laoshan Mountain area, the resort boasts of 500 rooms that are just as grand as what meets your eye on the outside. The location also makes it an ideal getaway for thrill-seekers looking for experiences such as rock-climbing and bungee-jumping. 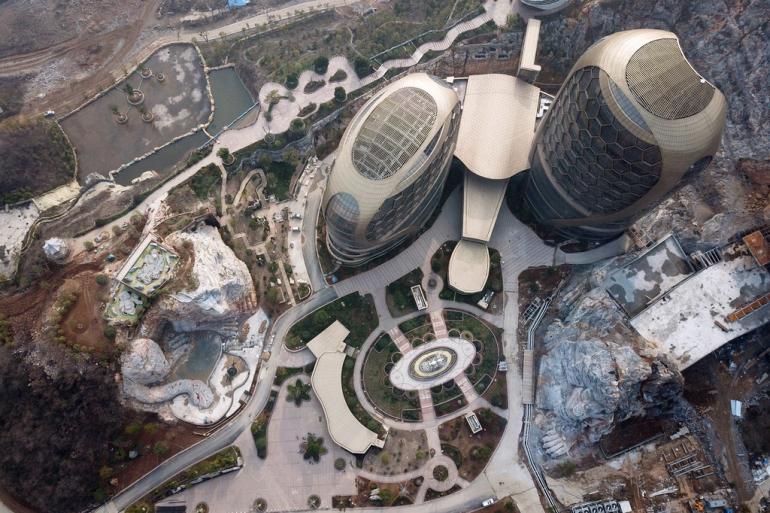 On completion, the project will comprise of a 12-storey tower and a 20-storey tower with a connected three-storey podium. It will further form part of the Dragon Valley theme park that is slated to open in 2020. 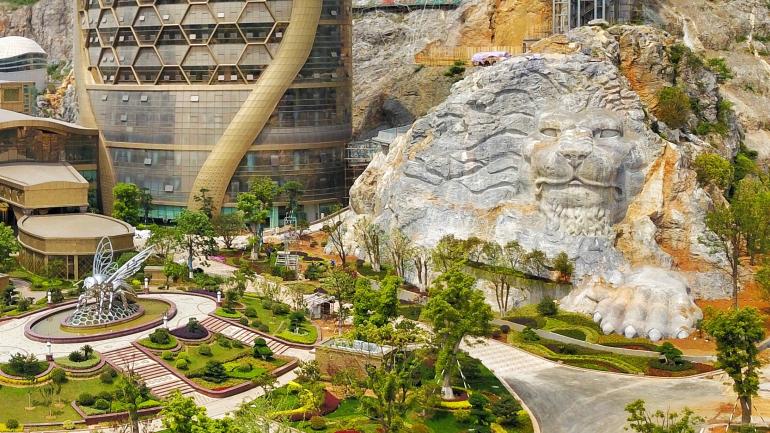 Amongst its many idyllic features, the honeycomb hotel accommodates two giant lion heads that have been carved out of natural rock by over 100 sculptors for around half a year. They stand at a stupendous 30 meters above the ground and are a sight to behold by themselves. 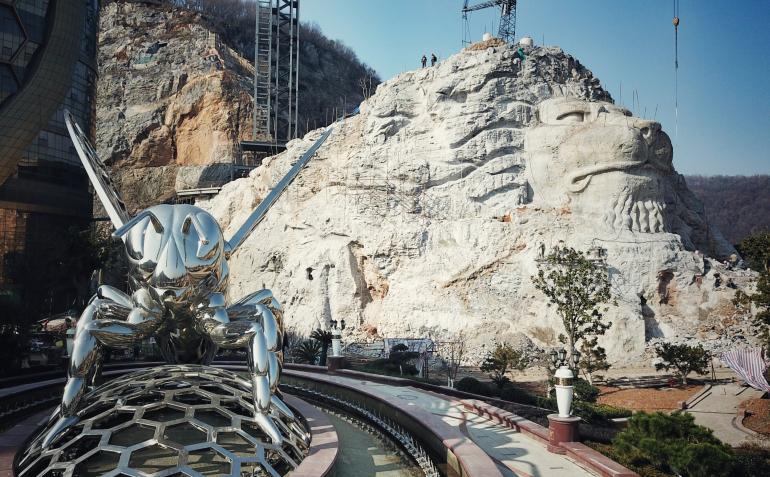 The Nanjing Hotel though not inspired by the Shimao Shanghai Wonderland, draws close resemblance to it – with its larger-than-life structure and its tranquil setting by the cliffs. The breathtaking hotel spans an area of 105,000 square meters and is expected to be a landmark in China’s eastern province after completion. 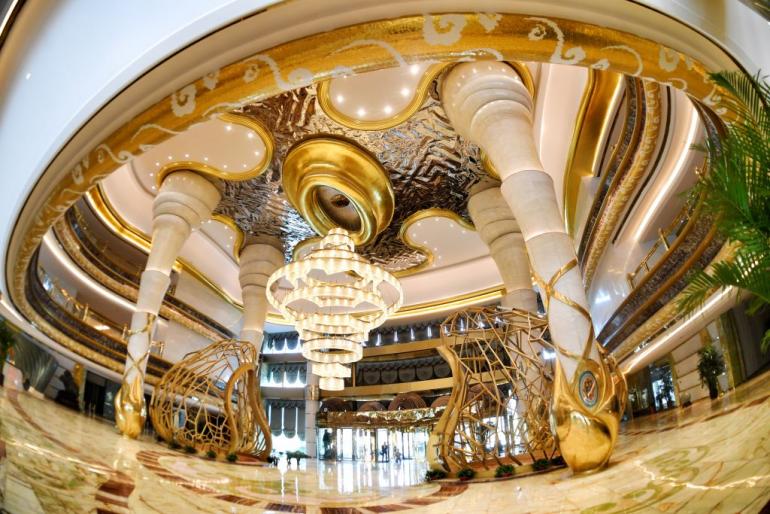 The Nanjing ‘Honeycomb’ hotel will open to the public in the second half of 2019.

Tags from the story
China, Hotel