Madrid is home to the oldest restaurant in the world, Sobrino de Botín it also brags the biggest Zara in the world on Paseo de la Castellana and now Four Seasons Hotel Madrid opens tomorrow and could easily be one of the most sought-after places to be in. An unbeatable location in the heart of the Spanish capital, is where Four Seasons Hotel Madrid comes alive in seven beautifully reconceptualized historic buildings. After seven years of construction work in Madrid’s Plaza de Canalejas, the monumental edifice finally opened its intricate doors to guests on September 25th. Four Seasons Hotel Madrid is set within Centro Canalejas, where guests will also find 22 Four Seasons Private Residences and the Galería Canalejas luxury shopping mall. The hotel offers 200 rooms and suites, as well as a rooftop restaurant by Michelin-starred chef Dani Garcia, and El Patio lobby lounge, situated within the former main banking hall of Banco Espanol de Credito. Let’s explore the grandeur and interiors of the new icon of luxury in Madrid: 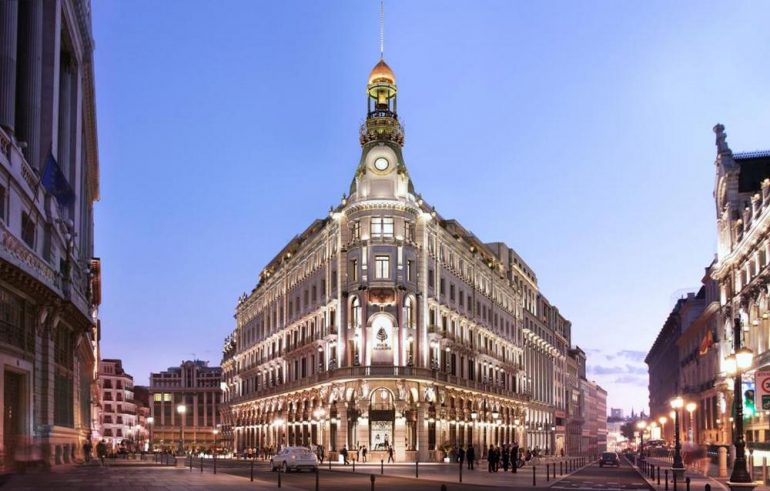 Can’t take our eyes off this grand Four Seasons Hotel Madrid that spans seven buildings, at the intersection of Carrera de San Jerónimo, Canalejas Square, and Sevilla and Alcalá streets. 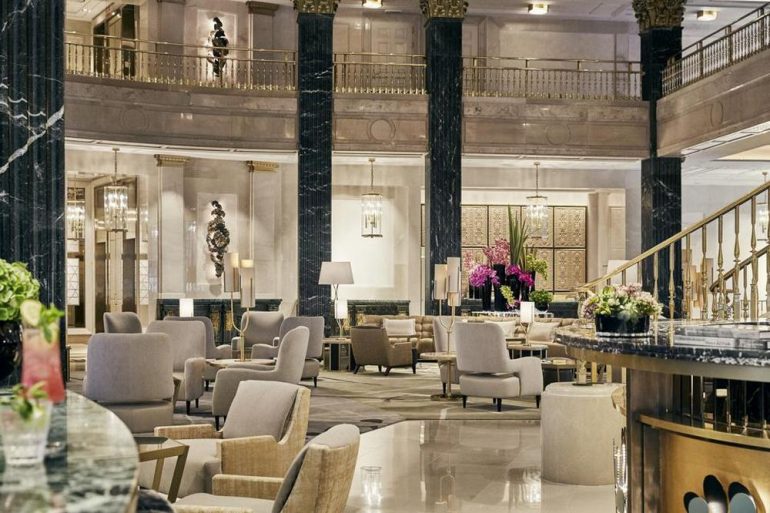 The hotel is overflowing with opulence at every nook and corner; as many as 3,700 scrupulous restored historic artifacts are sharing space with contemporary Spanish artworks and comfortable furnishings. The El Patio lobby lounge is palatial and inviting with an unmatched flamboyant appearance. 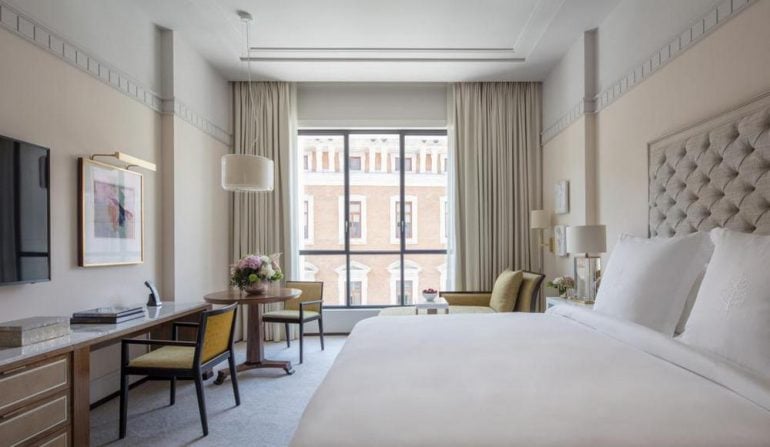 The brand-new luxury hotel features 200 rooms and suites, including such spacious and luxuriously decorated deluxe rooms with views of Calle Alcala. 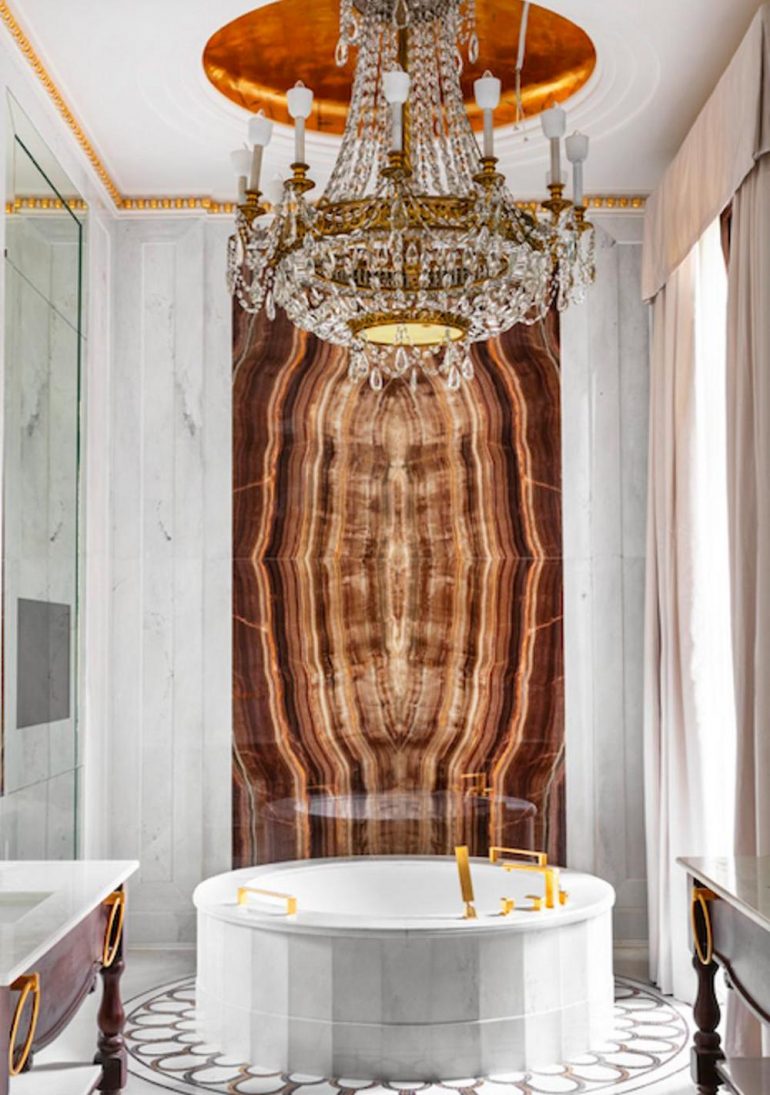 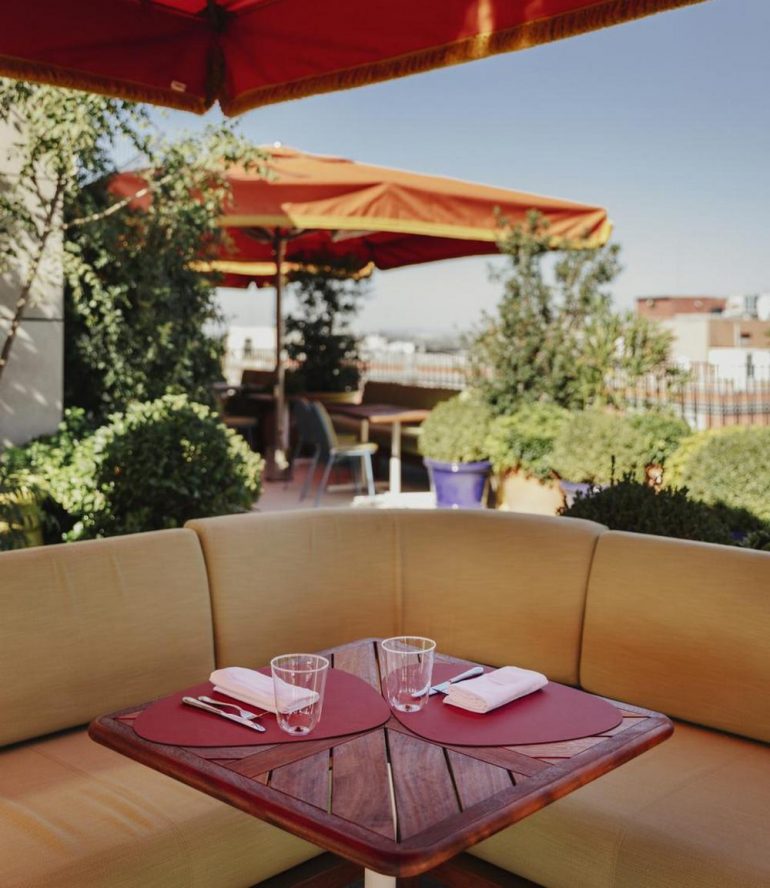 Michelin-starred Dani Garcia, one of Spain’s most celebrated chefs is contributing to the beauty of the Four Seasons Hotel Madrid with a new dining concept atop the hotel with the Dani restaurant and bar. Head over for tasty tapas, and delicious city views. 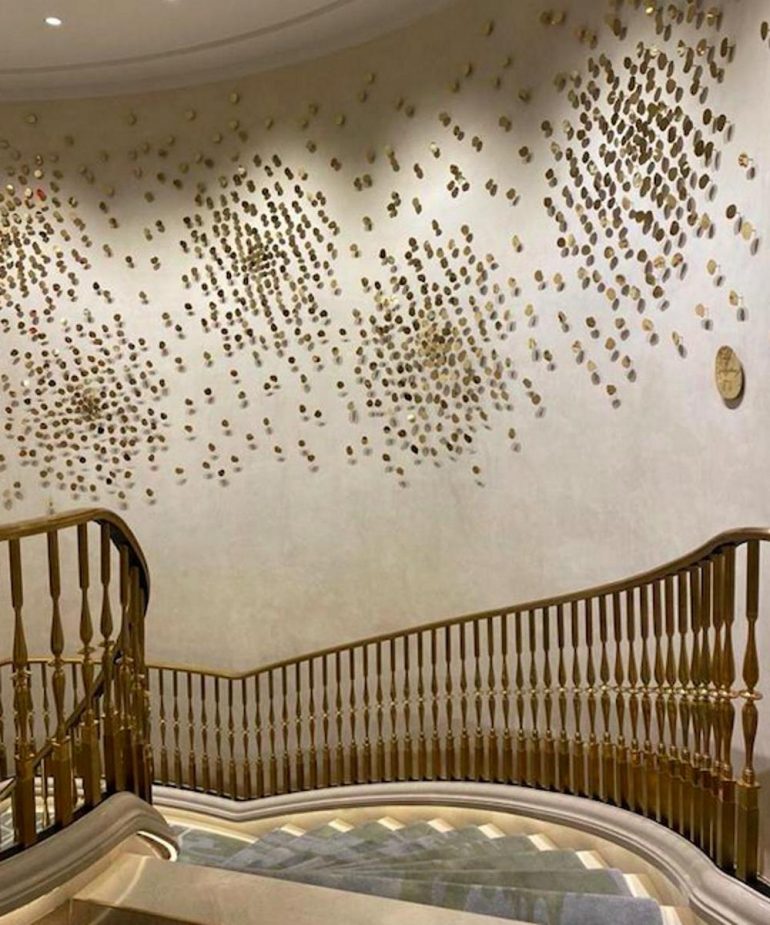 What you see above is the opulent oval staircase bearing the installation ‘Starry Night’ by the Catalan sculptor Eduardo Pérez Cabrero. This standout piece comprising of a constellation of stars is one of the 2,500 artworks at the Four Seasons Madrid. 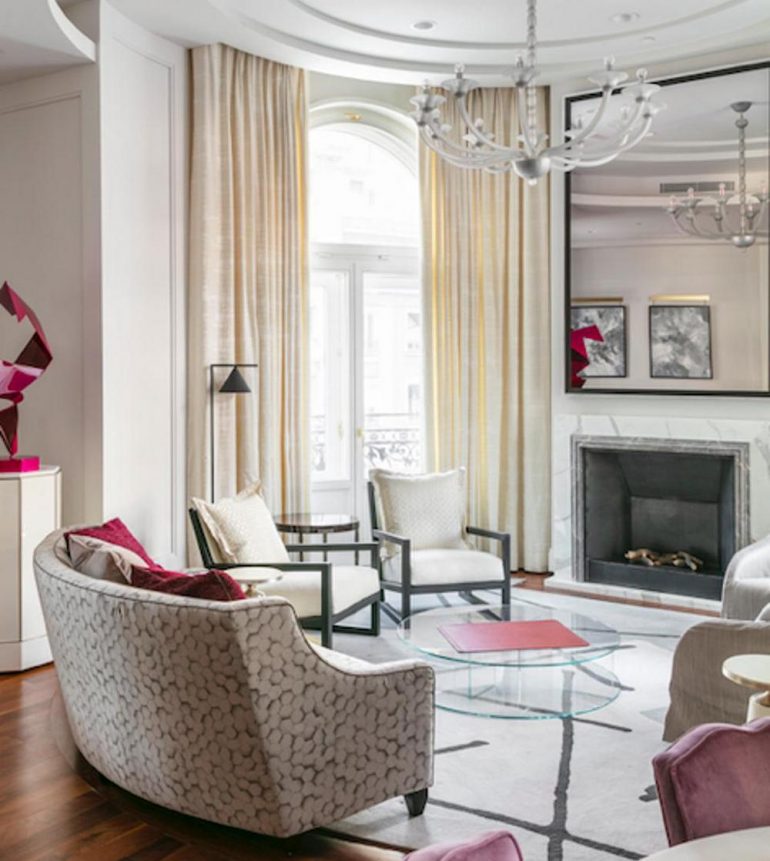 The hotel takes pride in offering the largest rooms in the city starting from the Superior Courtyard Rooms at 484 square feet, all the way up to the magnificent 4,305-square-foot Royal Suite.

Tags from the story
Four-Seasons, Spain