Why is it that just when a movie is about to be released, the world of marketing jumps out of their bed and into action? Yea, so you want people to come watch your movies, la di dah but that they would anyway and in fact if they tried too hard at selling their cinema, chances are it would burn in the Box Office rather than bomb. But not for characters like James Bond; he is a league apart. Spectre is set for launch next month and here is one more hotel that is gearing up for its release. The Charles Hotel Munich is offering guests an adventure and the chance for you, you diehard Bond fan, to get to live a day like the super dude secret agent. 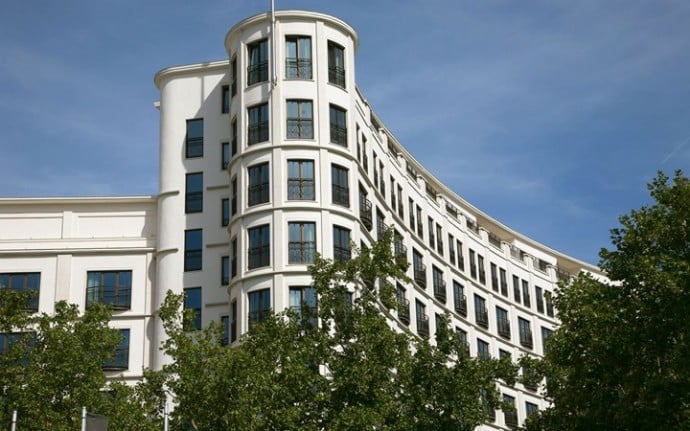 Like an adrenaline packed James Bond script, you will be taken on a chase to protect a highly confidential USB stick from notorious enemies. After you are checked in, at some point an intruder will drop an encoded message in your room in an iPhone with a programmed app with instructions to start your secret mission. You will have 15 minutes to get ready to leave in a black van to the heli pad and take a helicopter ride to the mountains. Enroute you will be served breakfast and once done, a cable car will take you to the summit. On the way there are several clues given in order to receive a USB stick – the most important feature of this adventure. You will be served lunch here and then you will be informed that the enemies have stolen the USB stick and the only way to get down is paraglide or hand glide or use trikes. There will be a short break for the spa in between. To retrieve the USB you must visit the casino. Such a hard life! On the way you will have a short stop at a luxury boutique to pick a dress/suit for the casino, where you will have to find the enemy with the USB, after dinner of course.

Once the case is solved, you will meet the ‘president’ who will award you the USB stick. And this will contain the Bond movie. Excited? Ring up The Charles Hotel and make a booking. The package costs $104,433.

Tags from the story
Germany, James-Bond